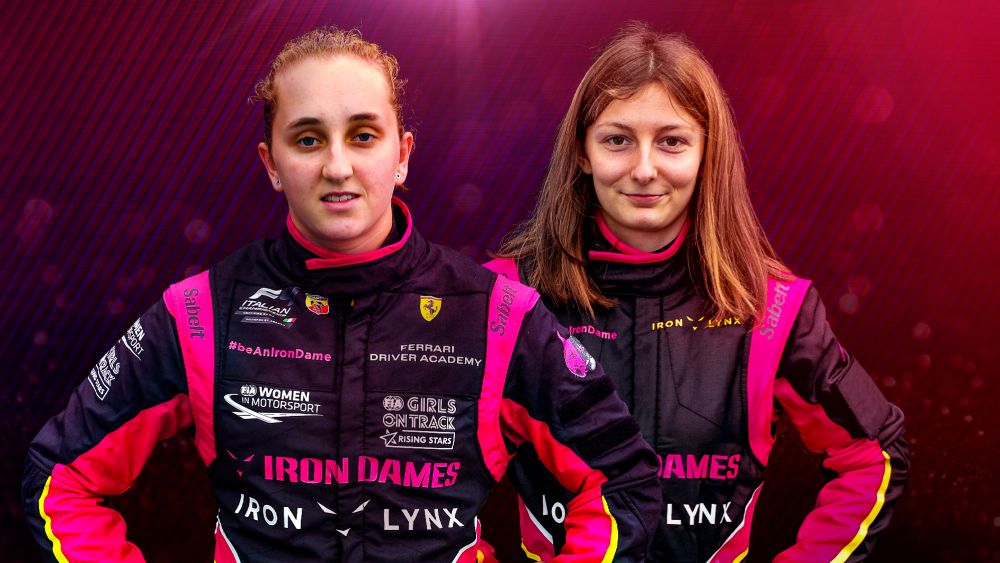 The FIA Formula 3 promoters announced today that Maya Weug and Doriane Pin will take part in a Formula 3 test on November 10th at Magny-Cours, France. Both drivers are members of the Iron Dames program.

Iron Dames is a project launched and led by Deborah Mayer with the aim of supporting women in Motorsport. Since 2019, this program has been officially backed by the FIA through the FIA Women in Motorsport Commission.

The two 17-year-olds’ ambition is to progress through the FIA single-seater pyramid. In order to give better and easier access to this pyramid to female drivers, the F3 promoters have decided to create bridges between the F3 Championship and programs that support women in motorsport. The first step is to offer both drivers a test in the F3 cars.

The purpose of this one-day session is for them to discover the demands and challenges of Formula 3, its car, and its environment.

FIA Formula 3 CEO Bruno Michel said: “This F3 test is part of a larger diversity plan, with the goal to allow more female drivers to join our Championship in the near future. Today, it is still not easy for women to access the FIA single-seater pyramid. We want to help change this.

“One key to making this happen is to create links between our Championships and programs that promote women in motorsport. As such, we have decided to offer an F3 test to two drivers from the Iron Dames program which is supported by both the FIA and the Ferrari Driver Academy. It is led by Deborah Mayer who is an active partner of F2 and F3. She and I talked about this test, and she expressed huge interest in it.

“Maya and Doriane are both very young, and while they climb their learning curve in motorsports, it is important for us to give them this opportunity now to help them build towards the future of their careers, which could lead to our Championship. They will get this first taste of the car at Magny-Cours, and they will discover the category. Hopefully, it will be a first step in the right direction.”

Iron Dames Project Leader, Deborah Mayer, said: “This is another great milestone for promoting female talent in the Motorsport and it represents everything which I set the Iron Dames project up to do – to open doors in motorsport for aspiring women.

“We are women driven by dreams, dreams to work within motorsport at all levels and it is important that projects such as this continue to provide opportunities like this, encouraging more young talent into the sport.

“This experience will be important in demonstrating to Maya and Doriane what is involved in the next level of racing, and I’d like to thank FIA F3 for offering this amazing opportunity for both drivers. These will be the fastest cars they have ever driven until now, and it will help prepare them for climbing to the next stages of their careers.”