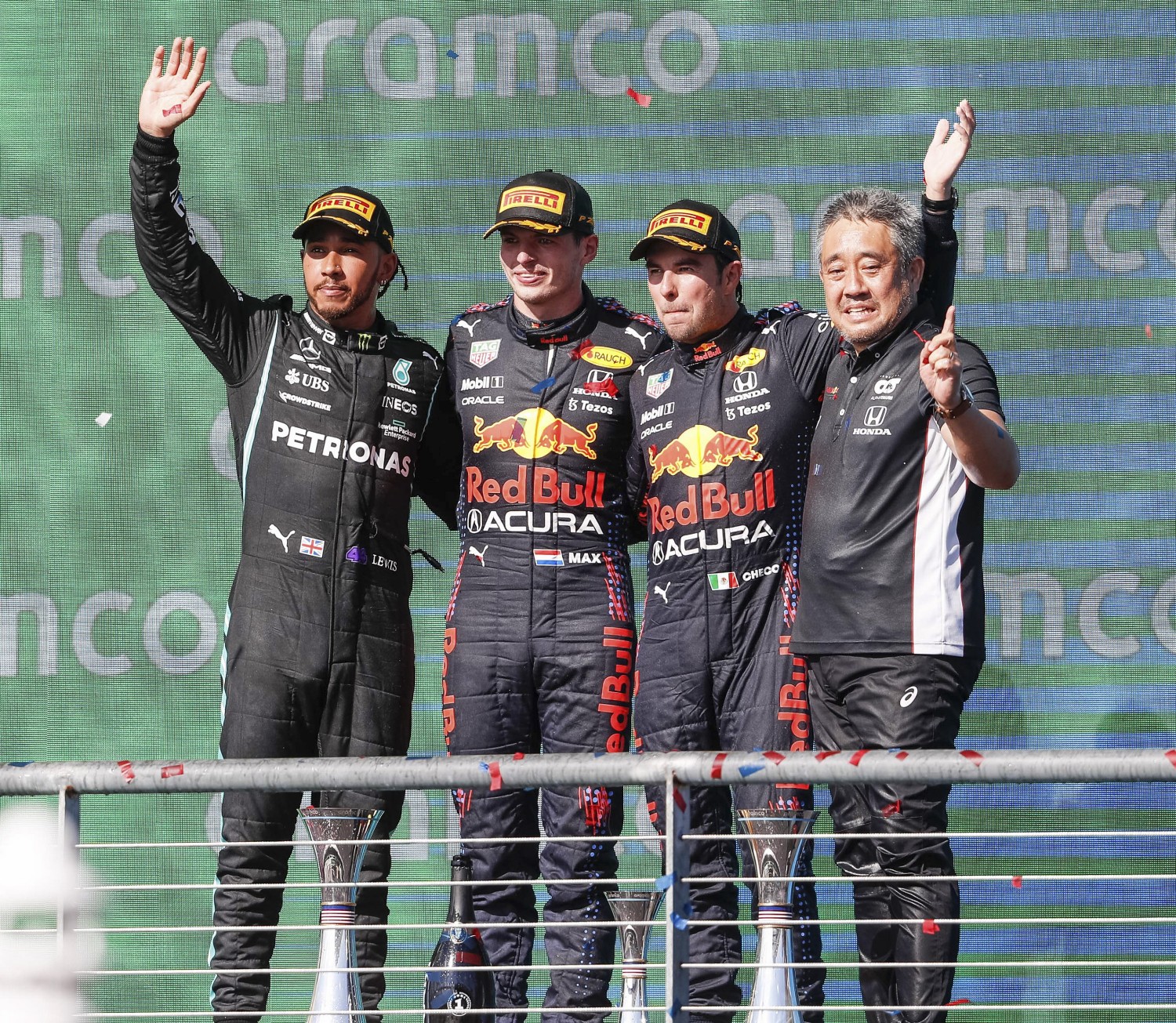 (GMM) Honda’s Formula 1 chief is not confirming speculation that he may still frequent the grands prix in collaboration with Red Bull next year.

Masashi Yamamoto (shown above on right), the managing director of Honda’s F1 operations, admits it will be “crazy” to see unbranded Honda units in the Red Bull and Alpha Tauri cars next year.

“That will indeed feel a bit crazy,” he is quoted by the Dutch publication Formule 1. “Our engine without our logo.

“But the focus is on becoming champion this year. Next year is next year.”

However, it is already known that, despite Honda’s official departure from Formula 1, the Japanese marque and Red Bull will continue to work together in a lower-profile capacity.

“I personally think it is disappointing that we are withdrawing,” said Yamamoto.

“At the same time, we at Honda Racing understand that Honda as an automaker must commit to becoming carbon-neutral. That process must be accelerated, hence this decision.”

However, although Red Bull is going it alone as Red Bull Powertrains for the future, while rumors suggest Volkswagen may team up with the energy drink-owned camp, Yamamoto thinks a Honda return is still possible.

“I personally think Honda will return to Formula 1,” he said.

“Right now Honda needs to focus on becoming CO2 neutral and accelerate that project, and if it goes well, I think there are definitely people within the company who want to get back into Formula 1.”

Some current Honda staff are also very likely to simply leave Honda and join Red Bull for 2022 and beyond.

“2022 is a transition period for Red Bull, with people from Honda sticking around to help. The easiest way to explain it is that everyone from the management, like myself and the marketing department will be gone.

“As a brand, Honda will no longer be visibly present.”

But even Yamamoto himself has been linked with a potential move to Red Bull’s camp for 2022.

When asked if can provide any clarity on that, the Japanese answered: “No. The first thing we focus on anyway is winning the title.

“That has priority. Other than that, we don’t talk about personal moves, although I am considering a few things.”