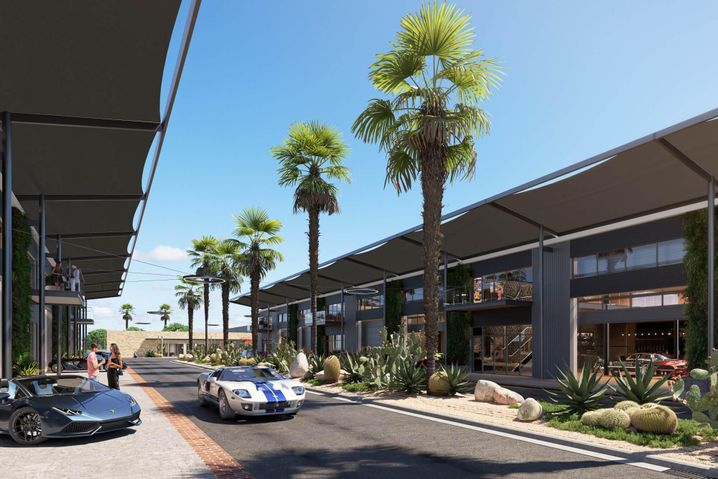 Coming off of the heels of the biggest Formula 1 race to date, Circuit of the Americas now has plans to create luxury “car condos” for racecar enthusiasts right by the track.

Located on the racetrack’s storied “Turn 11,” COTA will create around 178 car condos on a 22-acre plot in a partnership with real estate firm Lincoln Property Company. Presale reservations for the units began Wednesday, and the project hopes to break ground by late spring of 2022.

The 340,000 square foot space will include a 7,000-square foot amenity center with a pool, a clubhouse, a conference center, outdoor barbecue grills and more.

Customers can trick out their space, which can range from 1,300 square feet to 6,000+, however they’d like. In other projects, Lincoln Property’s JR Gideon has seen car condo owners add in mechanic shops, basketball hoops, bars, music studios and more.

“They’re really for storing luxury cars just as much as hosting,” Gideon said. “You can do pretty much anything in there besides live.”

Think of the ultimate man cave, though that word’s not quite appropriate—according to Gideon, some female clients have also booked reservations for the project.

“I think predominately, our demographic is going to be men, yes, but we’ve already had a few ladies reserve units, which is awesome,” Gideon said.

Along with having a trackside space, Gideon said that owning a condo has other perks, including 20% off COTA events. Most importantly, however, these car enthusiasts want to see their cars on the track, something the team is already planning for.

Marketing for the project has just begun, and almost every client so far has been from Texas and/or the Austin area. But Gideon and team expect plenty of interest from national customers as well as some international buyers as the only F1 racetrack in the States with trackside car condos.

There could be a hitch in the plan, however. COTA’s 10-year contract for F1 expired last weekend, and no new deal has been finalized yet. But COTA chair Bobby Epstein feels confident in renewing a contract, especially after the sports’ biggest weekend to date. Gideon and Lincoln’s Seth Johnston aren’t involved in contract talks but say that plenty of attractions exist at COTA outside of the U.S. Grand Prix.

And with newfound American interest in F1—Gideon, like many others, partially credits Netflix’s “Drive To Survive” series—the crew is confident that there will be more projects like this to come in the future.

“With (Drive To Survive) coming out in the last couple of years and so many people watching the past race, I think there’s certainly a lot of momentum around Circuit of the Americas and this project as well as other future developments at COTA,” Gideon said.  —Austonia—