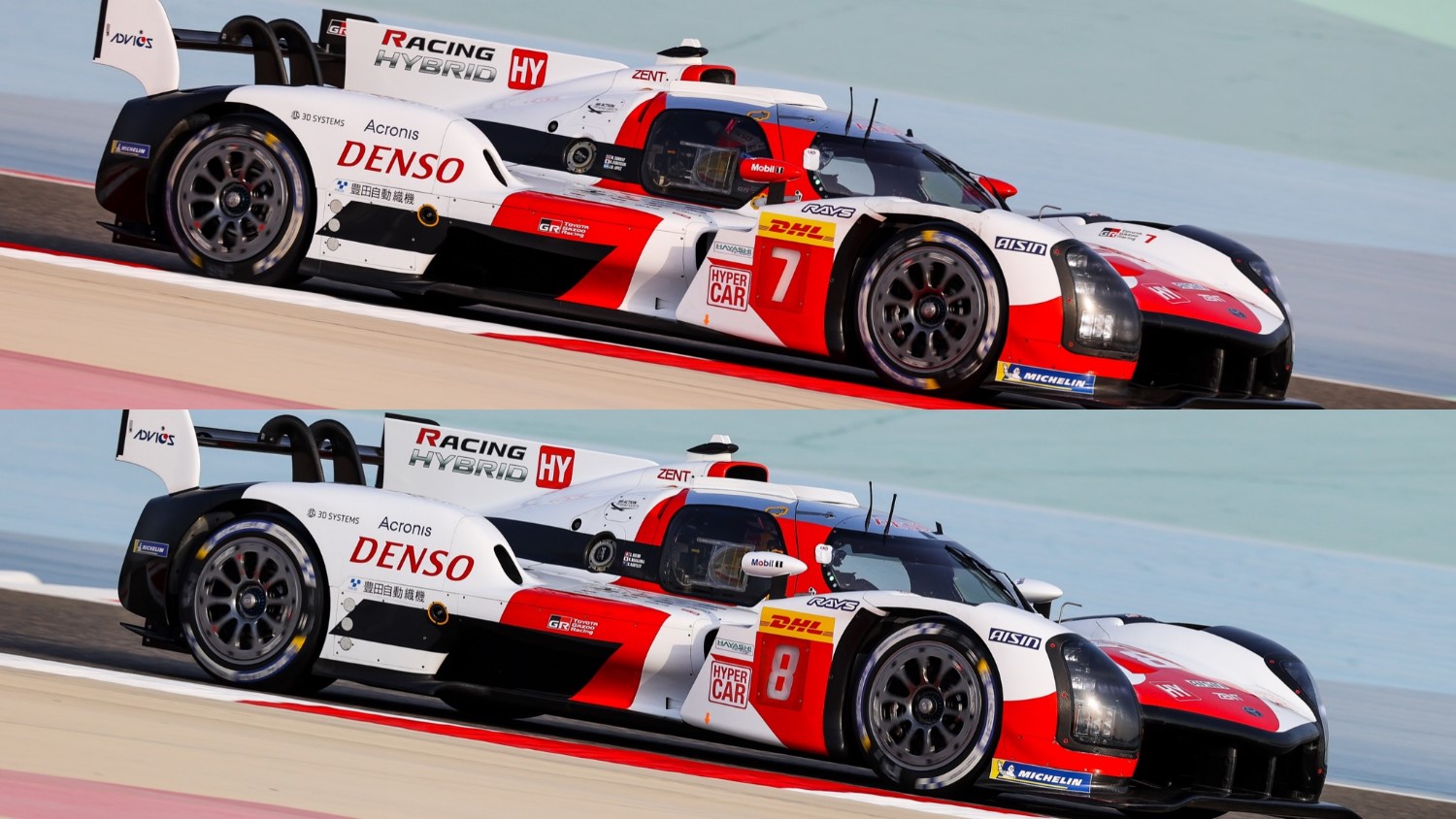 Kamui Kobayashi led a 1-2 for Toyota in Friday practice for the next to last race of the 2021 World Endurance Championship season in Bahrain.

The No.7 Toyota GR010 HYBRID Hypercar set the pace in the second 90-minute free practice session for round five of the 2021 FIA World Endurance Championship – the BAPCO 6 Hours of Bahrain this morning.

Porsche placed 1-2 in LMGTE Pro with the two cars separated by just 0.24s.  Kevin Estre posted a 1m56.411s lap in his 911 RSR-19 which he shares with Neel Jani. The two AF Corse Ferraris were 3rd and 4th after “god” (WEC officials) gave them a boost reduction to help Porsche.

The No.28 JOTA driven by Tom Blomqvist took top position in LMP2 with a time of 1m50.199s, 0.8s faster than the United Autosports car driven by Filipe Albuquerque.

Matteo Cairoli again stared in LMGTE Am for the No.56 Project 1 Porsche.  A 1m58.015s lap slightly improved his best from Thursday.