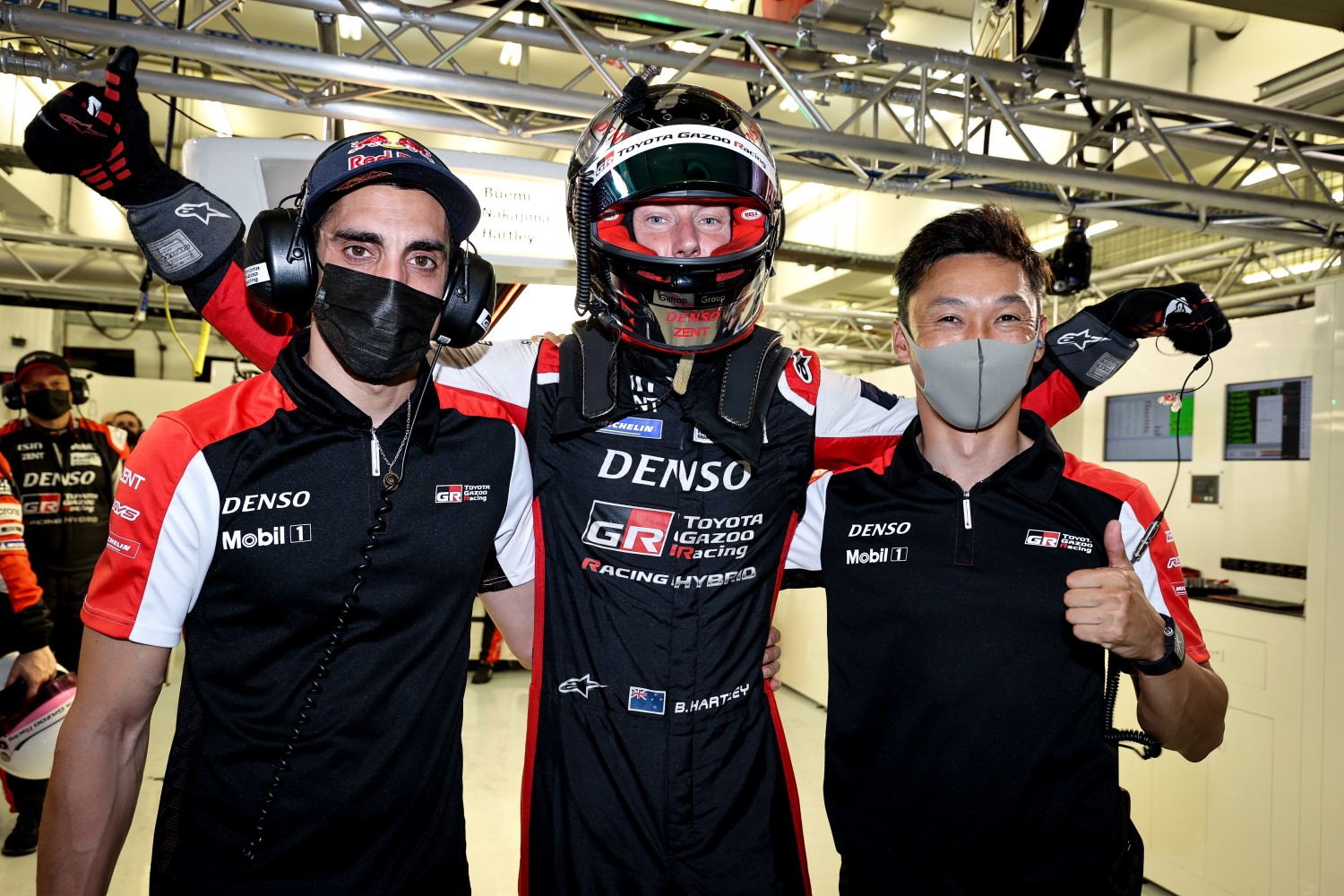 TOYOTA GAZOO Racing earned Hypercar pole position and a clean sweep of the front row for the 6 Hours of Bahrain as it moved a step closer to the 2021 FIA World Endurance Championship (WEC) title.

Brendon Hartley stayed cool in the Bahrain heat to set a fastest lap of 1min 47.049secs and give the #8 GR010 HYBRID, which he shares with Sébastien Buemi and Kazuki Nakajima, its first Hypercar pole.

The two GR010 HYBRID Hypercars had been closely matched throughout practice and Kamui Kobayashi completed a perfect team result, taking second in the #7 GR010 HYBRID he drives alongside fellow reigning World Champions Mike Conway and José María López. His lap was 0.398secs off pole.

Pole position for the #8 car was achieved the hard way via a challenging start to the day, when an accident in second practice required suspension repairs and new front bodywork. The mechanics performed impressively to repair the car in time for third practice when the crucial qualifying preparations took place.

Qualifying delivered one potentially-important point in the battle for both Hypercar World Championships. By banking that point today, TOYOTA GAZOO Racing can now guarantee the teams’ championship with fourth place in Saturday’s race.

It is a particularly significant point in the battle for the drivers’ crown. Sébastien, Kazuki and Brendon have now narrowed the gap to leaders Mike, Kamui and José to eight points, with 64 still to fight for in the Bahrain double-header.

The No. 92 Porsche heads LMGTE Pro for the fourth time this season, while the No. 28 JOTA took top position in LMP2 for the team’s second pole of 2021.

Iron Lynx was fastest in LMGTE Am ahead of No. 98 Aston Martin Racing entry.

Below are the main headlines from qualifying.