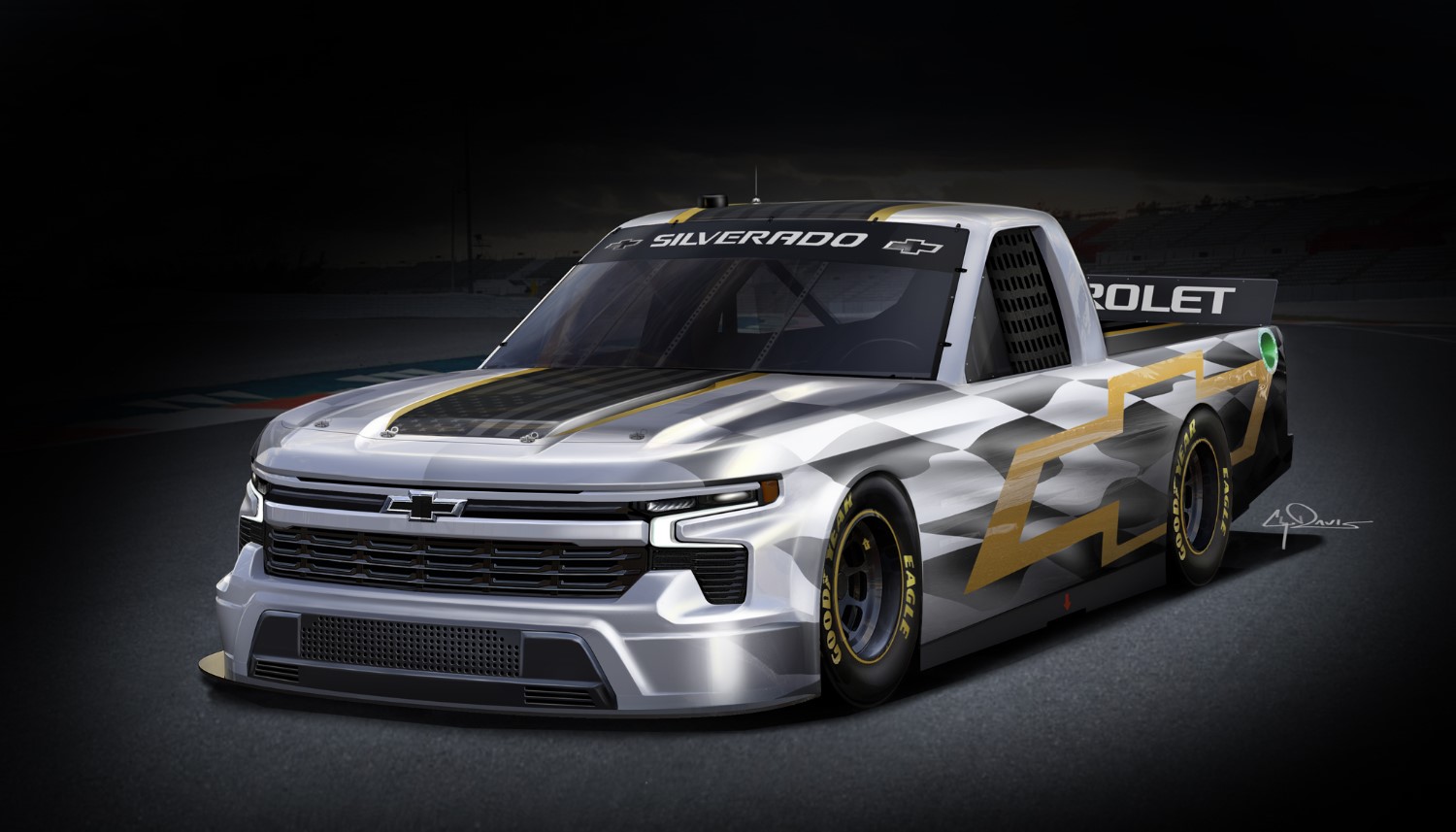 The 2022 NASCAR Camping World Truck Series will have a new Silverado on the track next season – the Silverado RST.

With NASCAR permitting its three manufacturers to make body upgrades for the 2022 Camping World Truck Series season, Chevrolet has finally unveiled next year’s challenger with the Silverado RST.

In September, NASCAR announced Chevrolet, Ford, and Toyota would be allowed to modify their trucks for the 2022 season to resemble their production counterparts. For example, the NASCAR Silverado has a new front bumper and grille that resembles the street version.

Toyota and Ford revealed their new trucks in September. The former will use the Tundra TRD Pro while the latter’s vehicle will still be the F-150.

Chevrolet, who has fielded the Silverado since 1998 (the first three seasons in the Truck Series saw the brand use the since-discontinued C/K), has won ten Truck manufacturer championships. Of the twenty-nine full-time trucks in 2021, fourteen use Silverados: GMS Racing fields five, Niece Motorsports and Young’s Motorsports has three, and AM Racing, Jordan Anderson Racing, and Rackley WAR each race with one apiece. Reaume Brothers Racing uses Chevrolet and Toyota, with the #33 primarily being the former.

While Toyota has dominated the 2021 Truck season, Chevrolet has four wins courtesy of reigning champion Sheldon Creed (three) and Tate Fogleman (one).