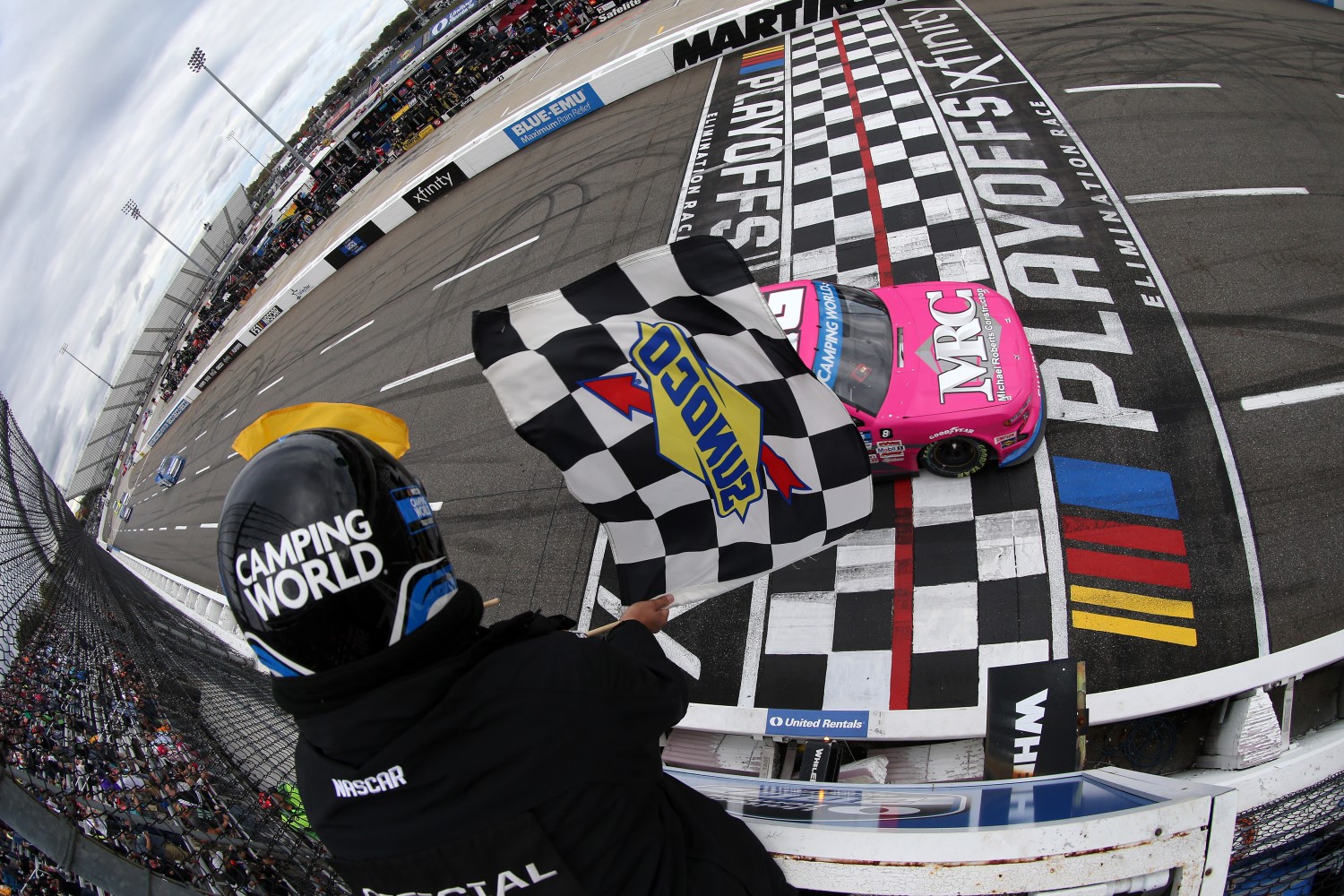 Zane Smith won Saturday’s NASCAR Camping World Truck Series playoff race at Martinsville Speedway in overtime to jump from below the elimination line and into the Championship 4.

Ben Rhodes, Matt Crafton and John Hunter Nemechek also advanced. Reigning champion Sheldon Creed, Stewart Friesen, Chandler Smith and Carson Hocevar were eliminated. No one was locked in entering the United Rentals 200 since the first two Round of 8 races were won by non-playoff drivers.

A spin by Dawson Cram drew out a caution with three laps remaining to force overtime. Friesen and Todd Gilliland restarted on the front row, but Gilliland was pushed out of the way right as the white flag waved. At the time of the restart, Rhodes, Nemechek, Crafton and Creed were all above the elimination line.

Austin Hill ended up finishing second, followed by Tanner Gray. Chandler Smith and Crafton were fourth and fifth, respectively. Kligerman, Rhodes, Taylor Gray, Creed and Timmy Hill round out the top 10 in order.

Friesen was 17th at the checkered flag.

Nemechek checked in at 39th on the results sheet. On Lap 142, he got turned by Austin Wayne Self and slammed into the outside wall. Nemechek’s race ended there. He entered 36 points above the elimination line, and that cushion saved him.

Creed was involved in a wreck on Lap 185, able to continue on but fell four points short of the opportunity to defend his title.