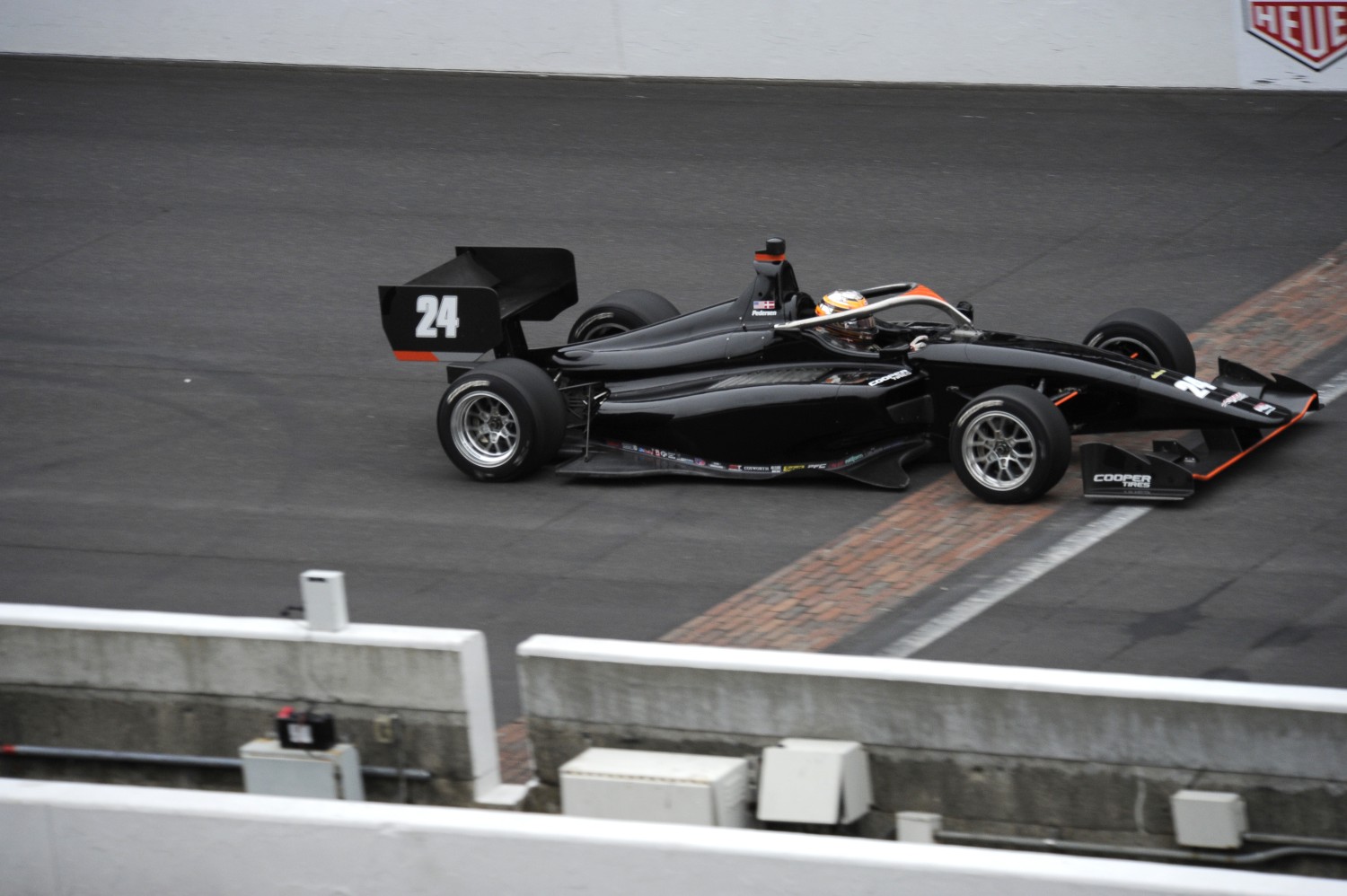 A stellar line up of 44 drivers did not disappoint as 12 different competitors topped the time sheets over the course of 18 sessions held during the annual Chris Griffis Memorial Open Test on the Indianapolis Motor Speedway road course. All three levels of the Road to Indy – Indy Lights Presented by Cooper Tires, the Indy Pro 2000 Championship Presented by Cooper Tires and the Cooper Tires USF2000 Championship – were represented in the two-day outing which saw a total of 4338 laps completed.

Benjamin Pedersen of Global Racing Group with HMD Motorsports led Day 1 in Indy Lights, continuing his strong run which netted a fourth-place finish in the 2021 season standings during his rookie campaign. He was followed closely by Hunter McElrea, who was testing the next step of the ladder with Andretti Autosport following two years of Indy Pro 2000 competition. Danial Frost driving for HMD Motorsports, newcomer Jacob Abel of Abel Motorsports and Rasmus Lindh with Juncos Hollinger Racing rounded out the top-five overall.

Sunshine and temperatures near 60 degrees greeted the field on Day Two, a stark contrast to cloudy and cool conditions yesterday.

Pedersen’s time from Saturday stood as the fastest overall and McElrea’s third quickest. In the closing stages of the final Indy Lights session Kyffin Simpson, driving for TJ Speed Motorsports, made his presence known by slotting into second on the overall times as did Matteo Nannini (Juncos Hollinger Racing) and reigning Indy Pro 2000 champion Christian Rasmussen (Andretti Autosport), who were fourth and fifth quickest overall.

Jones picked up where he left off Saturday and once again was at the top of the time charts in USF2000, posting the quickest time of the day in the a.m. session. Fellow Cape Motorsports driver Lee was second quick overall followed by Nepveu – fastest in today’s second outing – Clark and Dylan Christie driving for DEForce Racing.

Benjamin Pedersen, Global Racing Group w/ HMD Motorsports: “It was a great two-day test. Yesterday, both sessions that we did we were P1 so the car was working really well. It was a little bit of tire strategy today. We were saving some sets for the last session, so on used pace today we were still the fastest which was really good. The last session, we tried some things that didn’t work out but we knew where we were yesterday. Overall, really happy to finish the test fastest. We are just trying to continue our momentum and work hard on focusing on our own program. I’m excited to continue this pre-season and get the new year going.”

Louis Foster, Exclusive Autosport: “This was my first time on this track with this team and we were just finding our feet really. I have enjoyed the last two days. It has been a good experience for me. The first time I have had an official proper test outside of Europe. I really enjoyed it. Our pace has been strong. There are bits and bobs we can tweak with the car to change it a little bit to suit my driving style, but I think all in all, pretty positive.”

Jagger Jones, Cape Motorsports: “This was pretty good for my first open-wheel official test. I think we ended up first in half the sessions. The pace was good. I am still improving, still trying to be more consistent and still working on things coming from racing ovals and NASCAR stock car stuff. It is a lot different racing that the past couple of years. I am excited to be racing some open wheel. This wasn’t my first time in the car. I did a couple of days over the last few months, which was very good. Then to come here with more drivers to see where we are, it’s looking pretty good and I am happy with how it went. We have some things to work on this off-season but all in all, a really good start.”