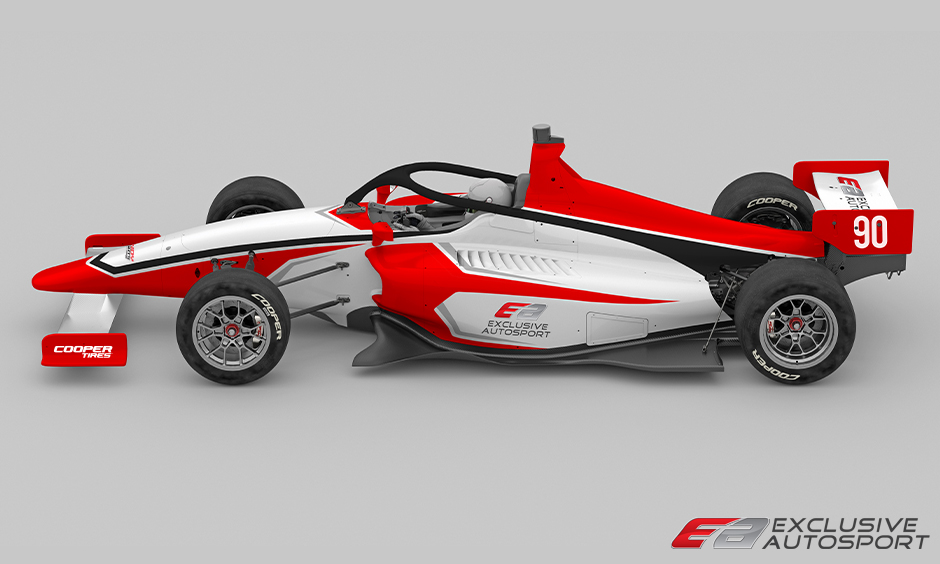 Exclusive Autosport, a fixture in the Road to Indy program, announced Wednesday that it will join the Indy Lights Presented by Cooper Tires in 2022.

The organization, which fields multi-car entries in the Cooper Tires USF2000 and Indy Pro 2000 Presented by Cooper Tires, had planned to expand to Indy Lights two years ago, but challenges related to the COVID-19 pandemic led to the decision to focus on its established programs.

Now, the growing operation has acquired two new Dallara IL-15 chassis and plans to field two entries in Indy Lights. The team has already signed its first Indy Lights driver for 2022, with an announcement to be made soon.

“We are really excited to get back into the Indy Lights series,” team principal Michael Duncalfe said. “Even though we purchased two used IL-15 cars previously, due to COVID, we were only able to use them for private testing. We will enter the 2022 season with two brand-new Dallara IL-15 chassis, a very experienced crew and an incredibly talented driver already signed.”

The move to Indy Lights coincides with the team’s 10th anniversary year of competition. The team was initially set to make its debut in the Indy Lights program in 2020 but, due to the season being canceled, the team made the decision to focus solely on their USF2000 and Indy Pro 2000 programs. The result of that decision resulted in the operation’s first Road to Indy team championship, winning the prestigious honor in the Indy Pro 2000 this season.

“We are extremely optimistic about our chances in Indy Lights and will be building from the positive momentum of winning the Indy Pro 2000 team championship,” Duncalfe added. “We are really looking forward to the 2022 season getting underway.”

The Canadian-owned operation has grown steadily over the last five years, having expanded from its multi-time championship-winning F1600 team in 2017 when it purchased and ran four Tatuus USF-17 cars to debut in the Cooper Tires USF2000 Championship. Expansion continued in 2018 when it added an Indy Pro 2000 Championship program and since then, the team has continued to be one of the top-running programs to compete within the RTI series, racking up a combined 19 wins, 48 podiums, 16 poles and one team championship.

In 2022, Exclusive Autosport will become the only team with its own driver development ladder that reaches from F1600 through to Indy Lights, providing a direct road for a driver with the quest to one day run in the NTT INDYCAR SERIES.

“INDYCAR is pleased to see Exclusive Autosport make the move to Indy Lights Presented by Cooper Tires,” said Levi Jones, Director of Indy Lights. “Seeing an established team use the Road to Indy platform to expand its reach is tremendous. It is a team with a championship pedigree and a program that will push everyone in the 2022 championship. We look forward to working with Michael and his group as we continue to elevate Indy Lights.”