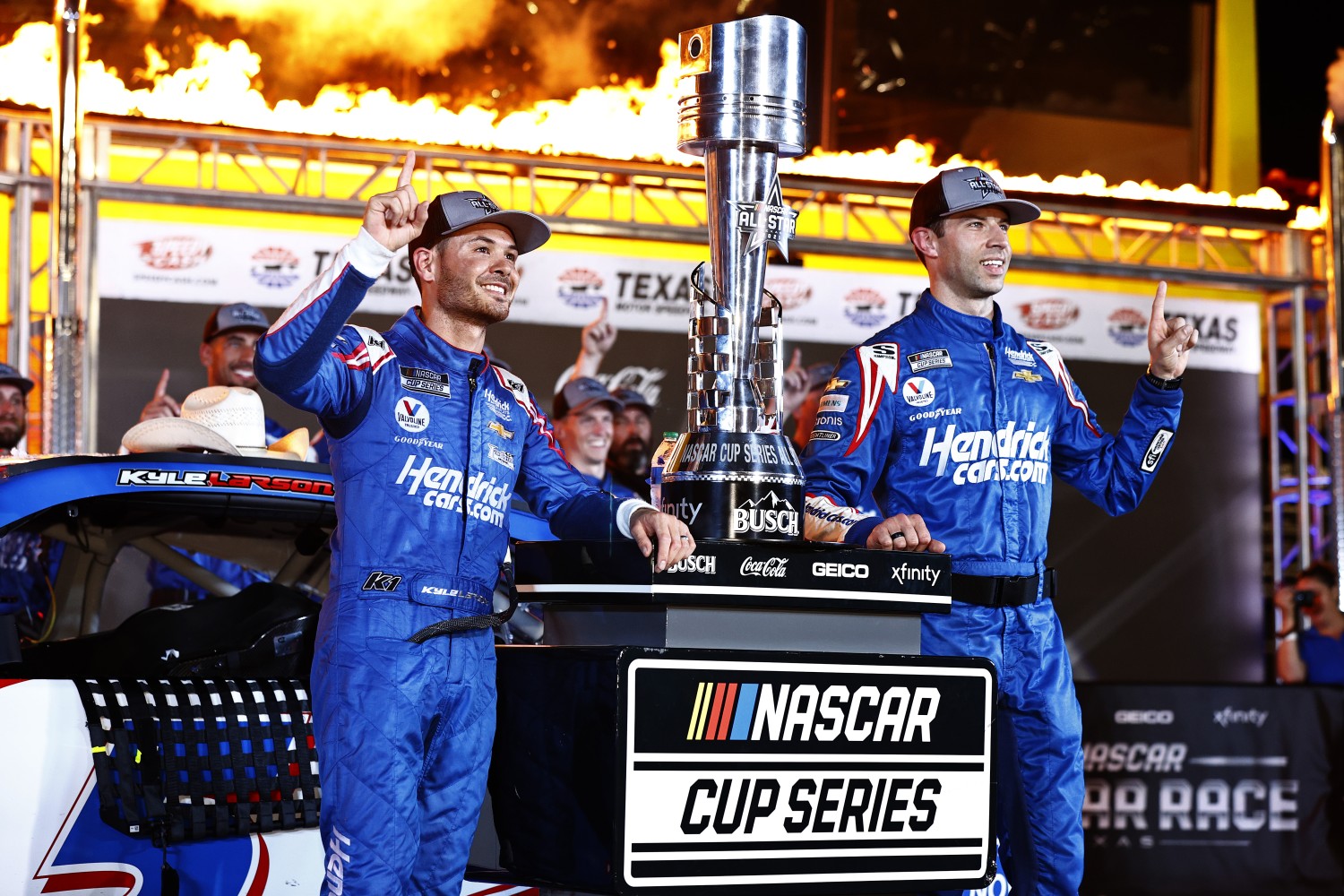 Sunday, Tony Stewart called Kyle Larson the greatest driver he has ever seen race.  Here is a summary of Larson’s year:

With one race remaining in this NASCAR Cup season, Kyle Larson has wrecked out of just one race and completed 97.7 percent of all the laps and dominated all the statistics:

We here at AutoRacing1.com think he is the best American driver of this era, and if he had a chance to get a proper F1 seat, would show the world he is on par with Lewis Hamilton and Max Verstappen.

Before you think we’re crazy, let’s explore some more facts.

Rick Hendrick: He believes he can win in anything

“I think the word was, before this year, that Kyle was fast, but he couldn’t close, he couldn’t run a 500-mile race and be there at the end,” said team owner Rick Hendrick. “He’s proven everybody wrong in that area.

“You know when a guy’s fast, he’s capable. But then I’ve witnessed him being so good at managing his tires and giving up a little bit in one part of the race to be better at the end, give up a little bit early in the run to be good at the end of the run.

“That takes a lot of patience. When you couple patience and understanding of what the tire and car can do, then you put that talent with it, you see the results this year. I’ve been amazed at how he can control a race.”

Hendrick said another element to Larson’s on-track performance this season is his confidence.

“He believes that he can drive anything, and he believes he can win in anything,” Hendrick said. “That confidence builds a lot of – he just gets in a car ready to go.”

“I can see why he’s won so many races, not just in our car, but everything he gets in,” Hendrick said. “He’s competitive, smart.

“I mean, a lot of people might be fast, but they don’t know how to race. He knows how to race.”

Brad Sweet: None of us had ever seen anything like him

Brad Sweet, Larson’s competitor when he runs in World of Outlaws, knows how great Larson is.

Sweet sees things about Larson that most sitting in the stands don’t.

Sweet notes the one ability Larson has that few can match is “his eyes and his hand-eye coordination, how he sees things.”

“When he talks about a race, he’ll tell you something about how he saw you move your line, or he saw a piece of mud that moved a little, or he saw the scoreboard on the backstretch and knew there were this many laps to go. … He doesn’t realize, for other drivers, it’s not happening that slow for them,” Sweet said.

“You’d have to put Kyle Busch in a category of Kyle Larson,” Sweet said, comparing Larson with the two-time Cup champion. “Obviously, there are talents like Lewis Hamilton and Max Verstappen that are out of this world. I’m not going to go as far and say that Kyle (Larson) is the best racer in the world, but he’s certainly in the debate as one of the greatest talents that we’ve ever seen in our generation and one of the best overall drivers in the world.

“I’d love to see how he stacked up in an IndyCar. I’d love to see how he would stack up in a Formula One car. He’s the type of person that can actually draw all of motorsports together because he’s the only guy, I think, that is naturally talented enough that he could get in all these different cars, a late model, a sprint car, an IndyCar, a stock car and actually be up to speed very quick.

“You just plug him in the car, you give him two or three laps, a couple of runs and he’s going to be as fast or faster than his teammate or whoever is in something similar. It’s just who he is and how he is able to adapt. It’s very unbelievable. I wish I knew exactly what it was how he sees things. He can’t explain it. I’ve asked him a thousand times.”