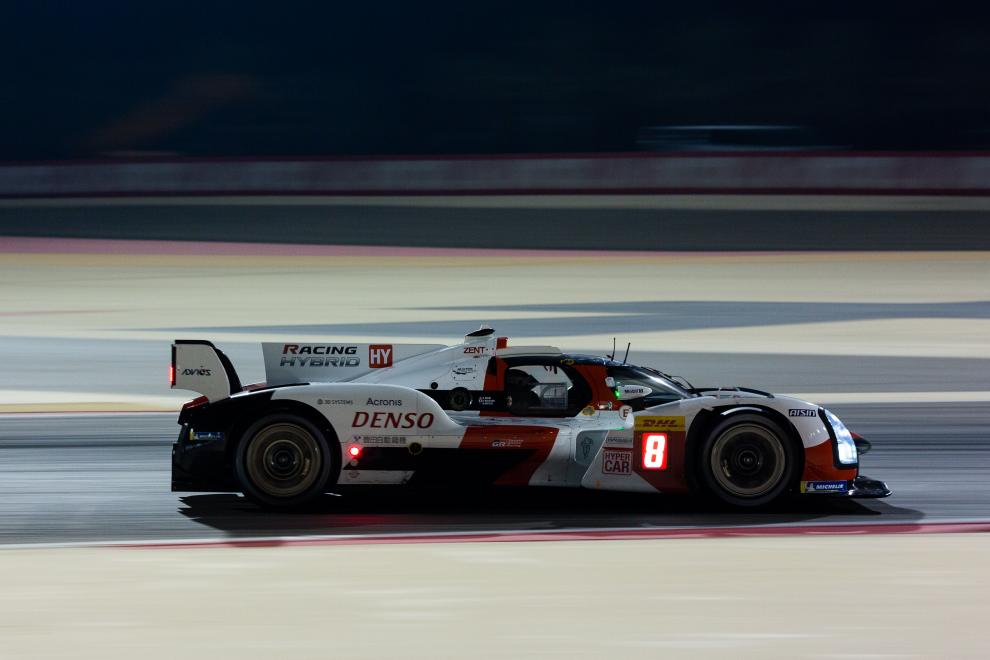 TOYOTA GAZOO Racing remained on top in Bahrain when practice for the final race of the 2021 FIA World Endurance Championship (WEC) began under lights.

After securing the Hypercar World Championship thanks to a one-two victory in last Saturday’s six-hour race, the battle for drivers’ honors takes center stage for the season finale, the 8 Hours of Bahrain.

Le Mans winners Mike Conway, Kamui Kobayashi and José María López, in the #7 GR010 HYBRID, hold the upper hand in the title race, with a 15-point advantage, with 39 still available. But title rivals Sébastien Buemi, Kazuki Nakajima and Brendon Hartley set the pace in first practice in their #8 GR010 HYBRID.

Brendon’s lap of 1min 48.490secs at the beginning of the session was 0.408secs faster than Kamui’s best time for the #7. The GR010 HYBRIDs have locked out the top two positions in every session so far in the first-ever WEC double-header.

Nico Lapierre completed a HyperCar 1,2,3 in the #36 Alpine, a second off the session-topping time with temperatures noticeably cooler than last week, though still in the high 20s Celsius.

TOYOTA GAZOO Racing is closing in on more endurance racing history this week when it can become the first team to win every race in a WEC season, and extend its record-breaking run of victories to nine. Saturday’s race will also be Kazuki’s 59th and final race with the team as a driver.

The No.92 Porsche 911 RSR-19 of Neel Jani leads LMGTE Pro as Porsche v Ferrari title fight gets set for Saturday. 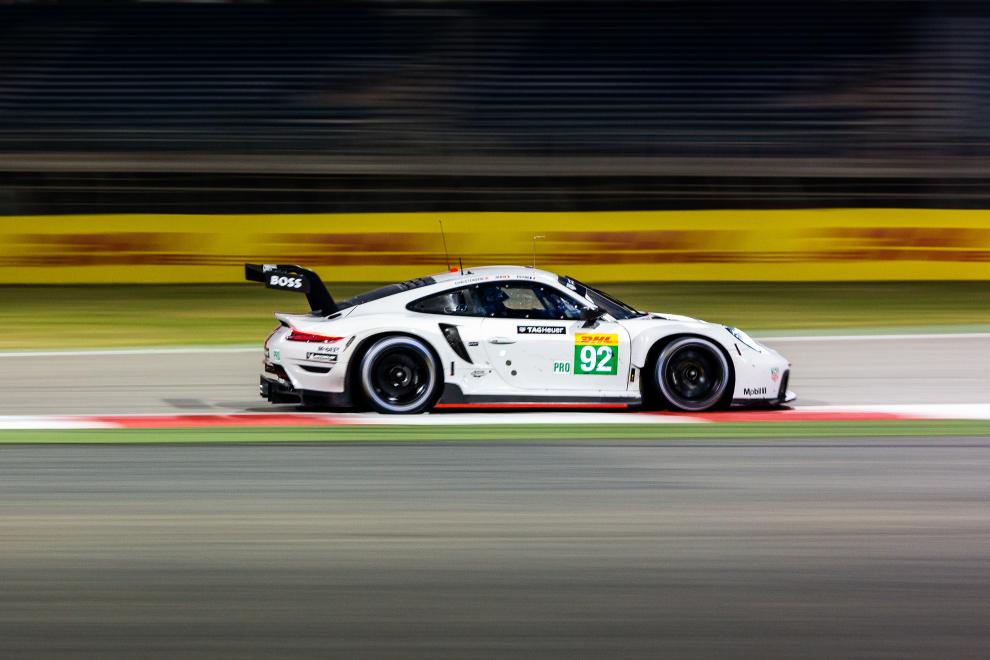 LMP2 saw the #70 RealTeam Racing Oreca lead the way with Norman Nato, whose left foot injury is healing well posting a 1:50.792, edging out the best time from Tom Blomqvist in the #28 JOTA car by just 0.028 of a second.

Giedo van der Garde was next up, under two tenths off in the #29 Racing Team Nederland car, the two TDS Racing Pro-Am LMP2 cars in the top three.

In GTE Pro the Ferrari pair did not take to the track for over half an hour of the session and, thereafter, did not post representative times, trailing all of the GTE AM field, this after a pre-weekend BoP adjustment failed to raise smiles in the Prancing Horse stable.

Augusto Farfus topped GTE AM in the #98 AMR enter Vantage, a 1:58.093 topping Matteo Cairoli’s best in the #56 Team Project 1 Porsche by just under a quarter of a second with Cetilar Racing’s Antonio Fuoco third quickest in the fastest of the Ferraris, the #47 GTE Am car two seconds faster than the faster of the two Pro class 488s.

Below are the main headlines from FP1. 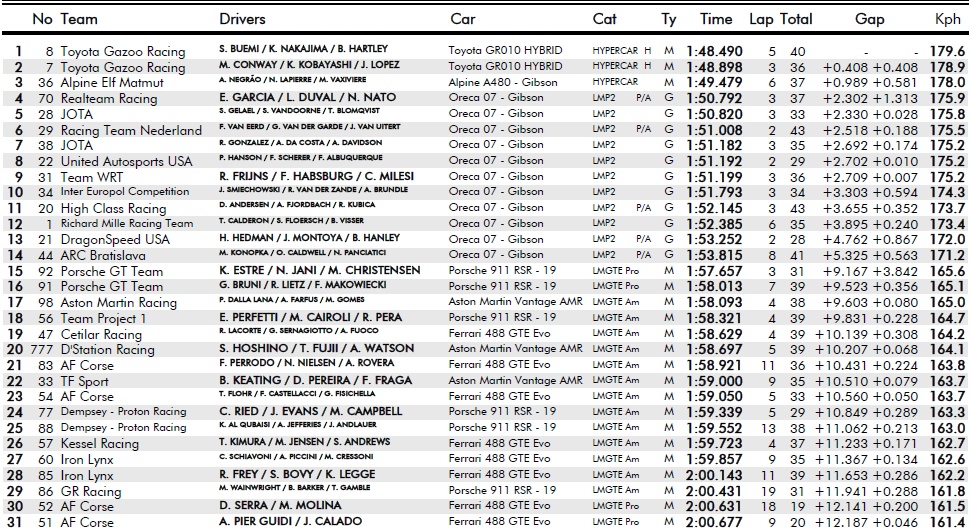