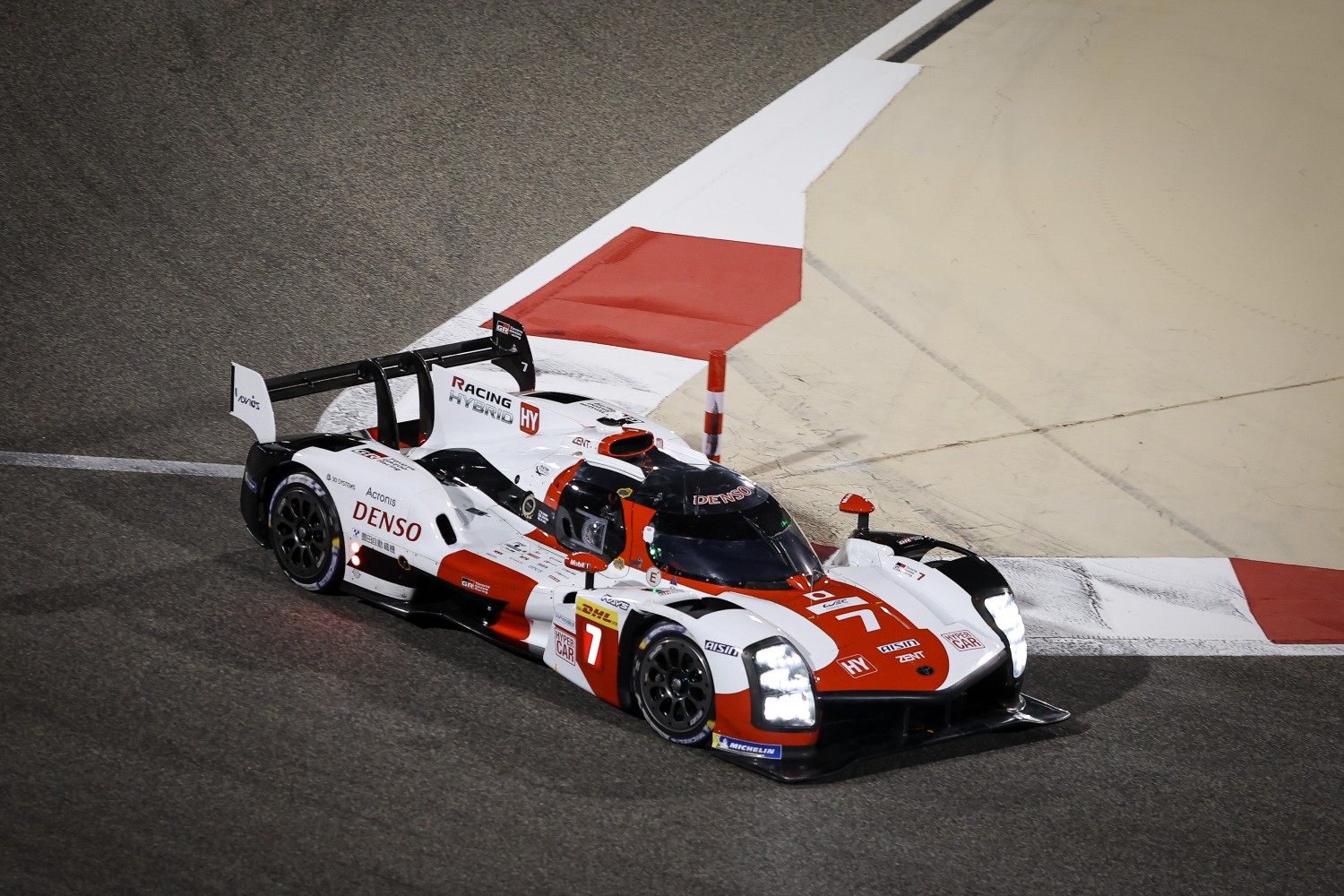 Toyota Gazoo Racing’s Kamui Kobayashi has taken pole position in Bahrain at the wheel of the No. 7 Toyota GR010 Hybrid Hypercar to extend his and Jose-Maria Lopez and Mike Conway’s title lead to 16 points.

Kevin Estre in the No. 92 Porsche GT Team 911 RSR tops LMGTE Pro for the fifth time this season. Point for pole means Porsche and No. 51 AF Corse Ferrari crews are tied on points heading into finale tomorrow.

Kamui Kobayashi (GR010 HYBRID #7): “Both cars knew this was going to be a very important qualifying session for the World Championship. It was a big fight, one of the toughest qualifying sessions of the year. Actually I didn’t expect pole because I had struggled a bit in practice but Mike, José and the team helped me a lot. We made a big adjustment and it worked well. I was happy with my lap and the team effort to achieve this pole position. To finish the season with a win would be great. It’s an important race for me personally because it’s Kazuki’s last race with the team. He is a brilliant driver and team-mate so I hope his last race will be one of the best.”

Below are the main headlines from Qualifying.