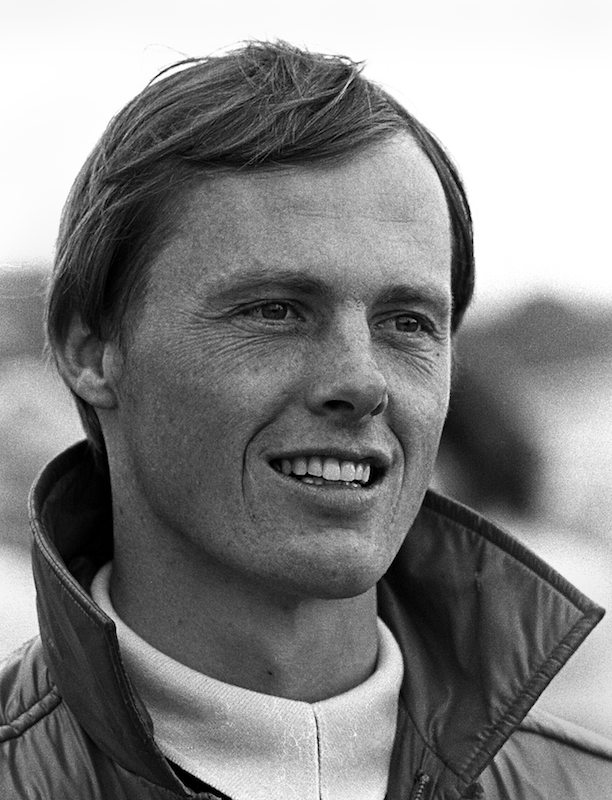 Porsche Motorsport North America announced today that the championship winning trophy for the Porsche Carrera Cup North America Presented by the Cayman Islands will honor Porsche legend and North American motorsports pioneer Al Holbert. The Al Holbert Cup has been created in recognition of Holbert’s commitment, inspiration and leadership in the formation and organization of Porsche motorsports in North America. The silver cup carrying his name has been crafted as a timeless and traditional trophy to commemorate each Pro class champion of the Porsche Carrera Cup North America Presented by the Cayman Islands starting with this inaugural season. The Al Holbert Cup will be engraved each year with the champion’s name and year of the championship. This original cup will be on display at Porsche Motorsport North American (PMNA) headquarters in Carson, California. A replica trophy will be presented to the champion as their tangible reminder of their milestone season. This award recognizes the true racing spirit of Al Holbert conveying his professional driver’s skill, engineer’s precision and a gentleman racer’s passion.  A true link between the past, present and future of Porsche.

A storied racer and one of the all-time leaders in IMSA race victories (63) and pole positions (27), Al Holbert was a consummate engineer-racer. The Warrington, Pennsylvania-native earned three 24 Hour of Le Mans overall titles as well as two Rolex 24 At Daytona and Mobil 1 Twelve Hours of Sebring victories racing with Porsche. He became synonymous with the brand and became an intricate part of IMSA racing in the 1980s. Through his skills as a driver, owner and businessman the wildly popular No. 14 Holbert Racing Porsche 962 prototypes remain iconic today. As the first Director of Motorsports for Porsche North America – today’s equivalent position to PMNA president and CEO – Holbert outlined the future of the German sports car manufacturer’s North American racing endeavors. He guided the brand to a fulltime foray in Indy car racing and managed its position as a sports car juggernaut. While tragically killed on September 30, 1988 in a private plane crash, Al Holbert’s vision for the marque in the United States and Canada lives on. Following his path, the Porsche Motorsport North America Pyramid continues to allow drivers, teams and partners to climb the ranks from novice to club racer and one-make champion to ultimately ascend, beginning in 2023, to prototype racing against full-factory efforts at Daytona, Sebring and Le Mans all behind the wheel of a Porsche.

The Porsche Carrera Cup North America Presented by the Cayman Islands will conclude its inaugural season with an awards-filled championship banquet at Michelin Raceway Road Atlanta, Friday, November 12. The crowning of a champion in each of the premier one-make classes will be the headline moment of the evening meant to celebrate the entirety of the paddock. Using the Porsche 911 GT3 Cup race car – both the current top-level type 992 and previous generation type 991.2 – 40 unique driver/car combinations have raced in the 16-round championship in its first year.

Todd Holbert, Son of Al Holbert.
“The Holbert name has been tied to Porsche for over 60 years, from one of the earliest Porsche dealers in the U.S., to the early days of PMNA. That dealer connection gave a certain perspective through Al’s whole career. Having come up through the SCCA [in a Porsche 914/6], before moving up into ‘Pro’ racing in Trans Am with a Porsche 911 RSR, Dad understood the importance of a place to learn the skills as a driver.  Later, pushing the Porsche transaxle cars in grassroots programs during the late ’70s and through the ’80s while campaigning the world-beating 962. He also understood the importance of Porsche’s presence in the motorsports ladder and the relationship that Porsche dealers could have with motorsports. I believe the Porsche Carrera Cup North America is a superb embodiment of all that history, and the Holbert Family is proud to continue to be associated with the Porsche marque.”

Brian Blocker, Series Manager, Porsche Carrera Cup North America Presented by the Cayman Islands.
“You only have one chance to do something the first time, so do it right. With the creation of the Porsche Carrera Cup North America Presented by the Cayman Islands, we have the opportunity to mark the championship as the significant milestone in Porsche Motorsport history that it is. We want to recognize the champion not only in the present but into the future. The choice for the naming of the trophy was obvious, one of the people most associated with Porsche motorsports in North America: Al Holbert. We are where we are today in large part through the groundwork of the Holberts. We are honored that Todd and the entire Holbert family approved of our idea to name the trophy awarded to the Pro class champion of the Porsche Carrera Cup North America the Al Holbert Cup. The Holbert family continues to have a lasting legacy and we are privileged to recognize that with our premier one-make championship trophy.”