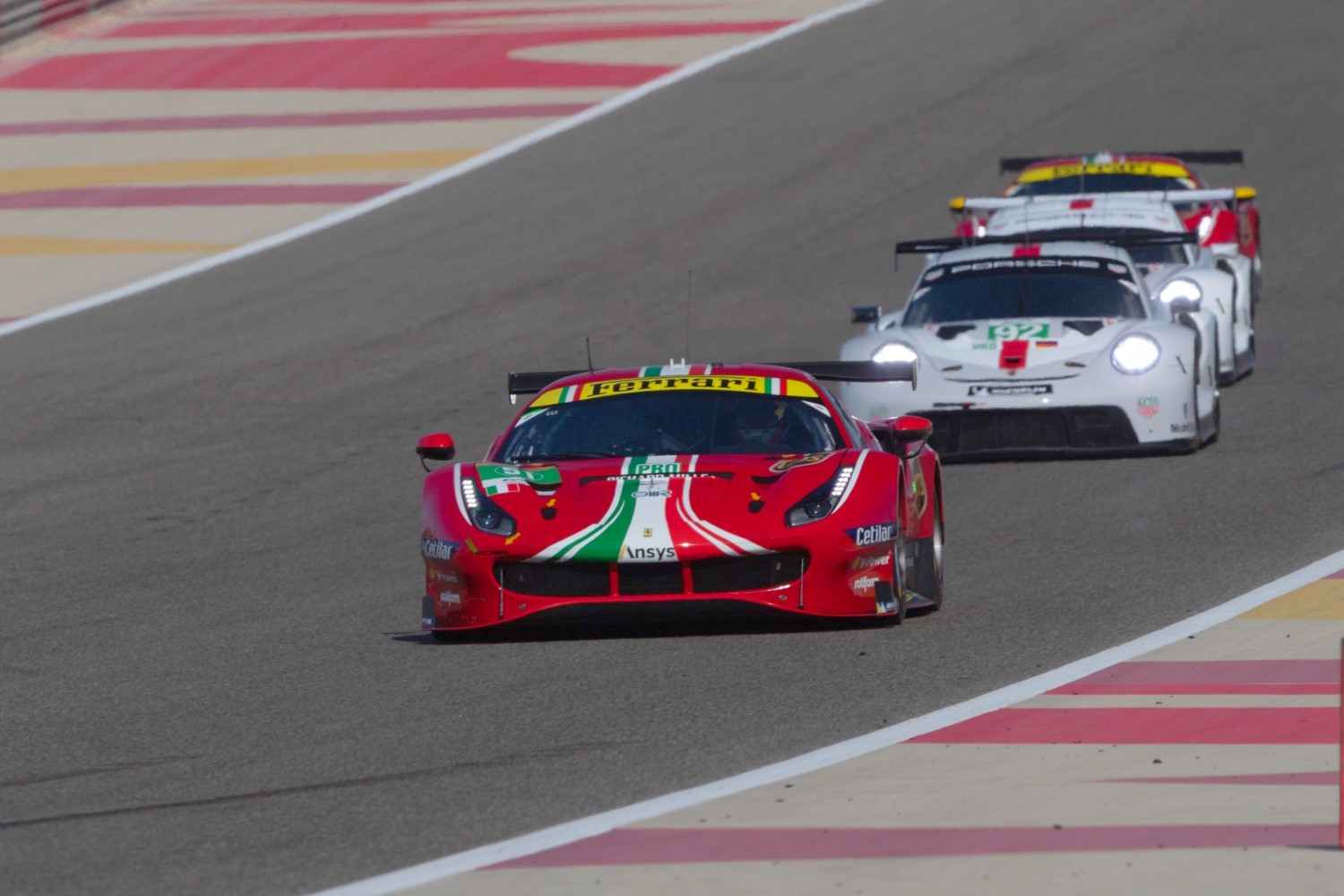 As we predicted below, there was no way that Porsche was going to win their appeal, and they finally came to their senses.

Ferrari has been officially crowned FIA World Endurance GTE Manufacturer’s Champion and James Calado and Alessandro Pier Guidi have been named World Endurance GTE Driver’s Champions. This comes after a decision by Porsche to back down from its appeal to the FIA WEC’s rejection of its protest of the result of last weekend’s season finale in Bahrain.

“Porsche Motorsport had lodged a protest against the decisions taken by the 8 Hours of Bahrain race director after the FIA WEC season finale at Bahrain International Circuit due to the incident between the Porsche 911 RS-19 No. 92 and the Ferrari No. 51. This protest was rejected,” the statement reads.

“Porsche had announced it would appeal against the rejection of the protest. The intention was to enable it to carry out a full examination of the circumstances and the facts in general and also the legal standpoint.

“An in-depth analysis of the situation and the advice of legal counsel have led to a decision not to pursue legal action any further. In the interests of the sport, Porsche would in future like to see a stringent and uniform approach taken to penalties for violations on the track – especially during the race.”

The FIA World Endurance Championship has rejected Porsche’s protest against the #51 Ferrari of James Calado and Alessandro Pier Guidi that clinched the GTE Pro title with victory in Bahrain 8 Hours.

Porsche had lodged a protest after the title-deciding round of the WEC season in Bahrain, where its driver Michael Christensen was bumped into a spin by the chasing Ferrari of Pier Guidi late in the race while trying to avoid an LMP2 car.

Pier Guidi was initially instructed to hand back the lead to Christensen, but the order was rescinded shortly afterwards – although this didn’t become public knowledge until long after the race was over.

Pier Guidi did slow down to let Christensen through as per stewards’ original order, but the Porsche driver headed to the pits for a splash and dash and so Ferrari did as instructed, but Porsche blew it by pitting.

According to a WEC bulletin, Porsche argued that the incident between Christensen and Pier Guidi’s #51 Ferrari was not reported to the stewards, with the decisions taken solely by race direction.

However, according to the same document, the clash between the two drivers was, in fact, investigated by the stewards, who made the decision that it was an unfortunate racing incident.

Subsequently, Porsche has appealed the decision of the stewards to reject its protest of the GTE Pro-winning Ferrari in Saturday’s Bahrain 8 Hours World Endurance Championship round.

Porsche is likely to lose their appeal because Ferrari is going to claim that the Porsche braked early to avoid the LMP2 car, and they had nowhere to go and hit the back of the Porsche – a racing incident. Plus, the Ferrari slowed to let the Porsche back around as instructed, but the Porsche pitted instead.