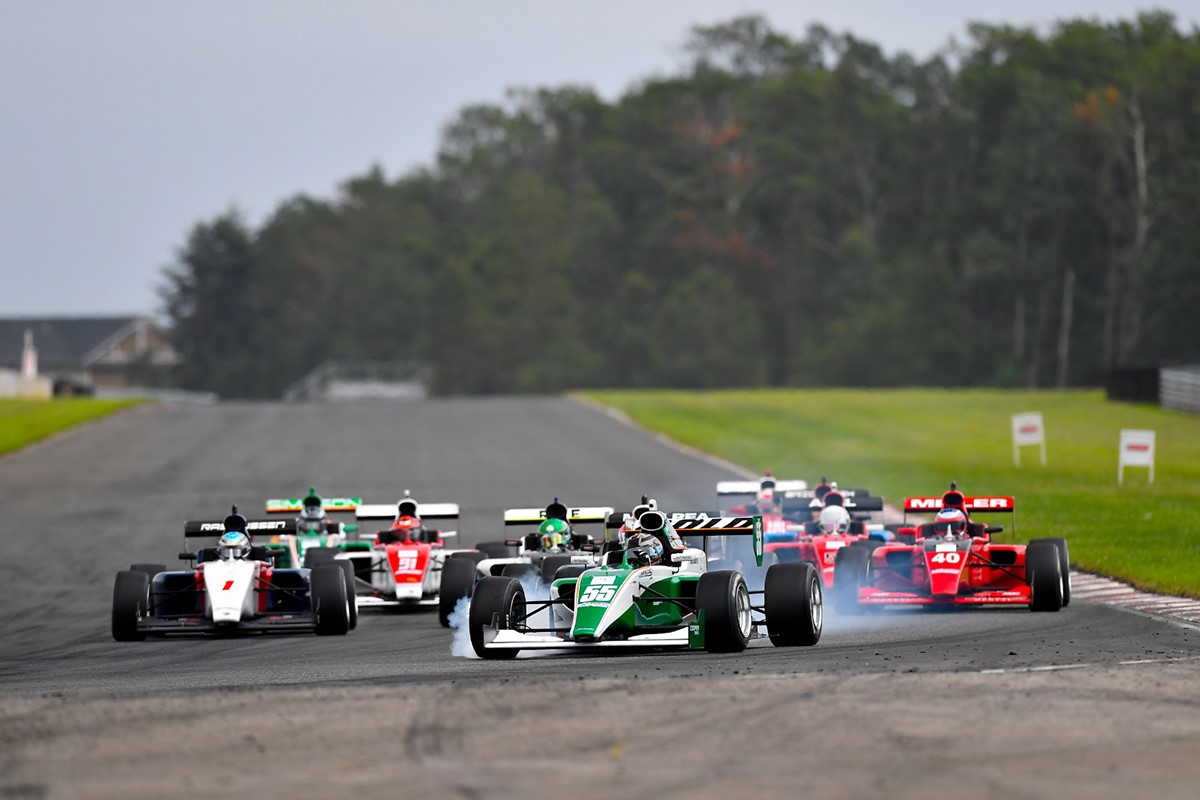 Andersen Promotions today unveiled the 2022 schedule for the launch of its highly anticipated new series – USF Juniors Presented by Cooper Tires – a professionally managed entry level series with the goal of preparing drivers for the Road to Indy Presented by Cooper Tires, the stepping stone to the NTT INDYCAR SERIES. USF Juniors will feature a prize package exceeding $325,000 which includes a scholarship valued at more than $200,000 to advance to the Cooper Tires USF2000 Championship, the first step on the driver development ladder.

The 2022 schedule will feature six events and 16 races in total, held in conjunction with USAC (Porsche Sprint Challenge North America), INDYCAR and NASCAR events. All races will be run to a lap count with extended time windows to ensure competitors a set number of green-flag racing laps.

On March 21/22, USF Juniors will again team up with USF2000 and Indy Pro 2000 for a two-day test at Barber Motorsports Park in Birmingham, Ala.

The series will make its racing debut in a triple-header opener at the new Ozarks International Raceway in the heart of the Ozarks just outside Gravois Mills, Mo., on April 23/24. The new multi-use racing complex features a 3.87-mile road course in addition to a dirt tri-oval, off-road and rally courses. A few days later, the series will return to Barber Motorsports Park for a Thursday/Friday doubleheader on April 28/29 just prior to the NTT INDYCAR SERIES and Road to Indy event weekend on April 29-May 1. A triple-header at Virginia International Raceway in Alton, Va., will round out the first half of the season on June 4/5.

On July 8/9, USF Juniors will head to the Mid-Ohio Sports Car Course in Lexington, Ohio, for a double-header in a shared weekend with the NASCAR Camping World Truck Series. Following a triple-header at the scenic Road America circuit in Elkhart Lake, Wis., on July 30/31, the series finale will feature a triple-header round at the Circuit of The Americas in Austin, TX, on September 17/18.

“Our debut schedule for USF Juniors constitutes a blend of some of the finest road courses in North America which will provide great training for our entry level drivers,” said Dan Andersen, Owner and CEO of Andersen Promotions. “We designed our calendar with USF2000 teams in mind, providing teams who plan to compete in both programs the ability to manage each series with common staff. All will be two-day race events with five of the six venues hosting a pre-event test day the day before the start of official track activity.

“The 2022 schedule coupled with our prize money and scholarship package, training programs, affordable budgets and commitment to bringing a Road to Indy level of professionalism and organization to a driver’s first serious championship choice are the foundation of this new series. We look forward to several more announcements as this program continues to take shape in preparation for our first races in April.”