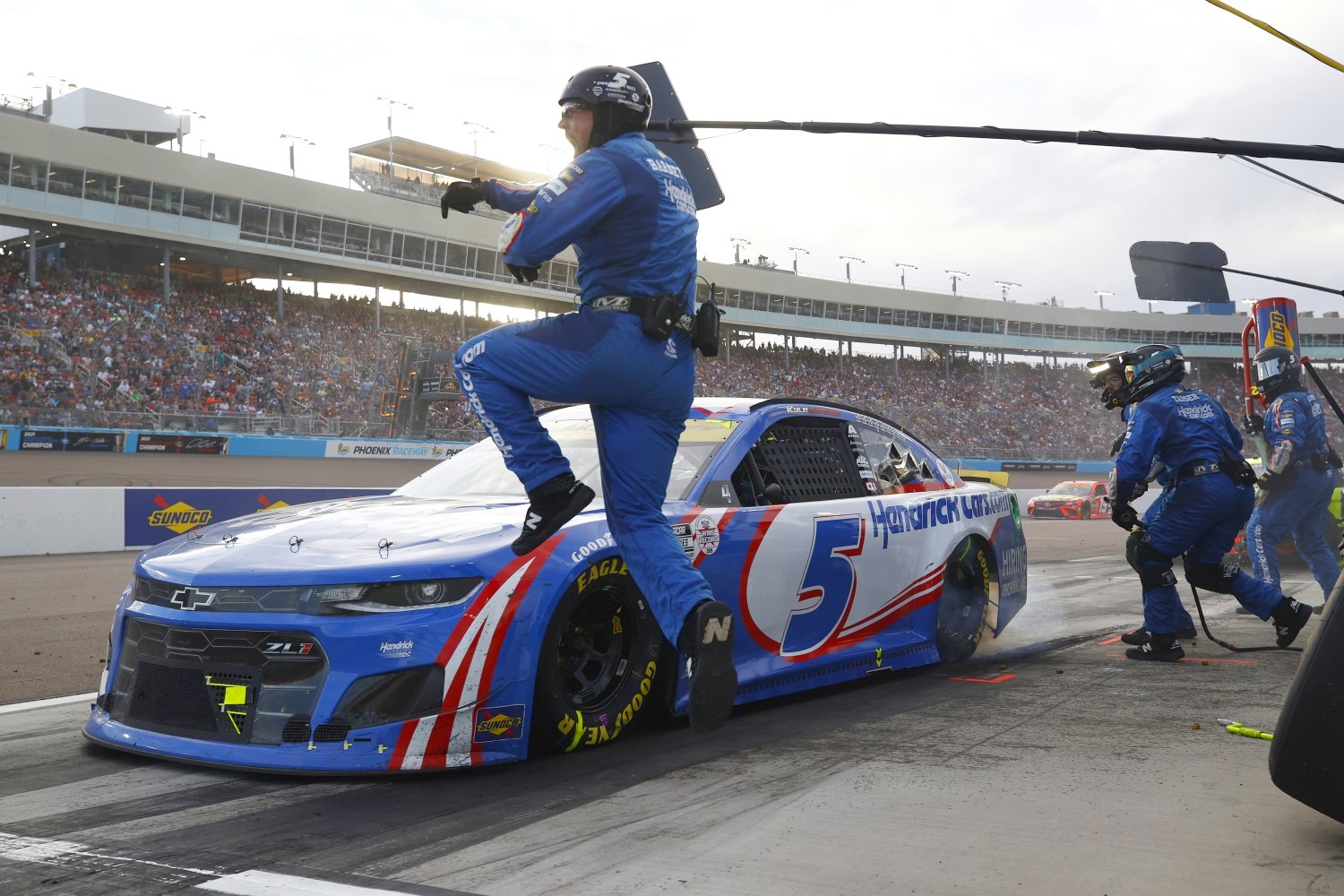 NASCAR’s lug nut fines just couldn’t get any sillier.  Thankfully, the new car in 2022 gets rid of the antiquated 5-lug nut system.

NASCAR issued fines to 10 national series teams and handed down a one-race suspension to a crew chief for lug nut violations coming out of the Championship Weekend held at Phoenix.

No. 18 Joe Gibbs Racing Toyota crew chief Ben Beshore has been fined $20,000 and suspended from the next NASCAR Cup Series event (the Clash) as the No. 18 of driver Kyle Busch had two lug nuts not safe and secure in a post-race check.

Five other Cup crew chiefs were fined $10,000 for having one lug nut not safe and secure in a post-race check, including three of the Championship 4 crew chiefs and the race winner/title winner Kyle Larson. They were:

Sunday’s Cup race marked the last of the Gen-6 car that saw each wheel have five lug nuts on it. The Next Gen that will debut in 2022 has just a single center-locking lug nut on each wheel.

In the NASCAR Xfinity Series, two crew chiefs were fined $5,000 for having one lug nut not safe and secure in a post-race check. They were:

In the NASCAR Camping World Truck Series, two crew chiefs were fined $2,500 for having one lug nut not safe and secure in a post-race check. They were: