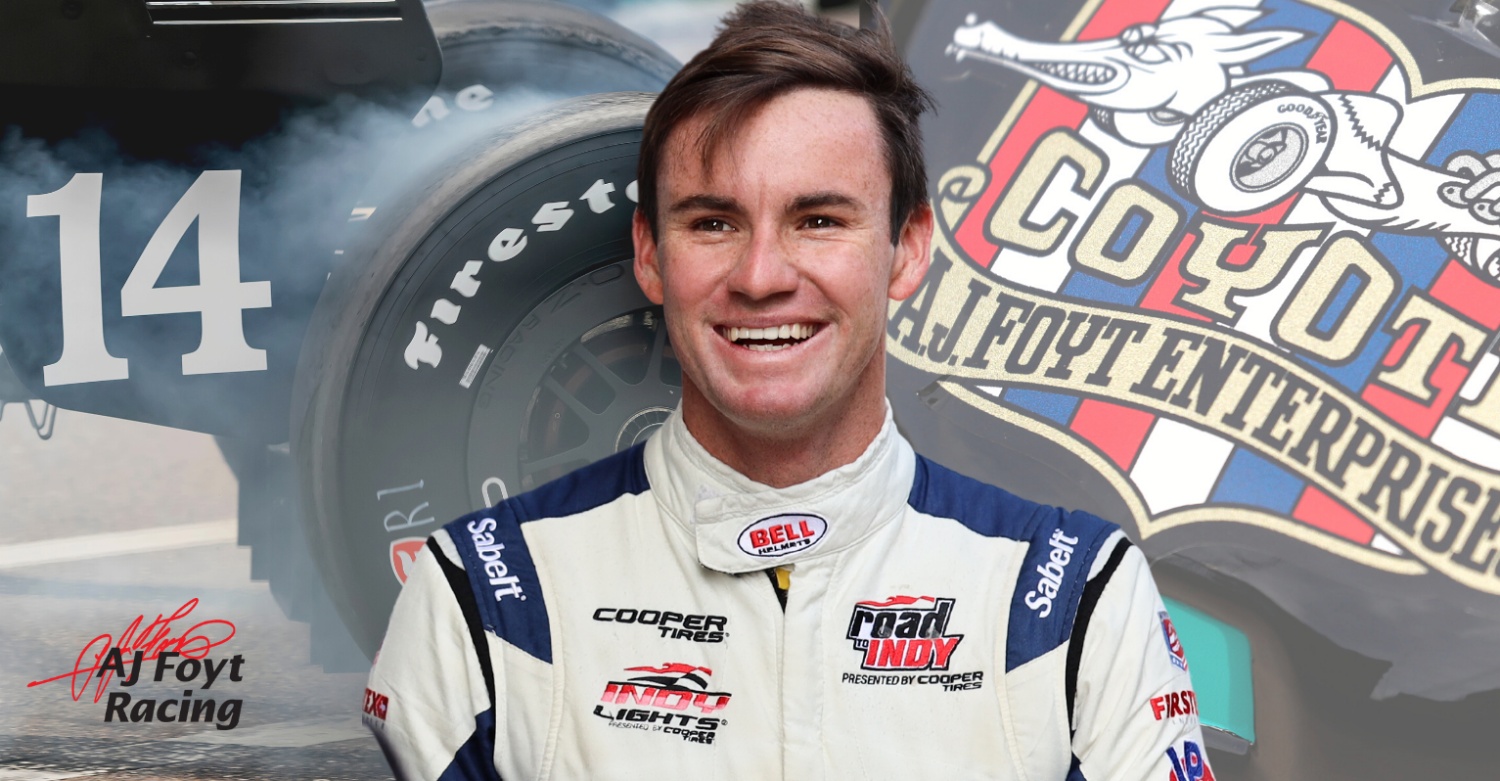 “We are thrilled to welcome Kyle to the team,” said Team President Larry Foyt. “Obviously, he has been very successful on his climb through the Road to Indy Championships and his record speaks for itself. This deal came together rather quickly, but I’ve already been impressed with how Kyle thinks about racing and the maturity he seems to have for such a young driver. The NTT INDYCAR Series is as competitive as ever, and the challenges are great, but we feel Kyle will be a great asset as we take on those challenges and work to grow as a team.”

Kirkwood, 23, is the only driver to win championships in all three divisions of the Road to Indy (RTI) presented by Cooper Tires ladder system, and he did it in consecutive seasons: USF2000 in 2018, Indy Pro 2000 in 2019 and Indy Lights this year (the 2020 Indy Lights season was cancelled due to the COVID-19 pandemic).

“I actually met Larry [Foyt] for the first time in 2018 at Road America when I was driving in USF2000 with Cape Motorsports,” revealed Kirkwood, who lives in Jupiter, Florida. “He was the first person in the INDYCAR paddock to show me around the car and explain the dynamics of what it takes to be an Indy car team and driver. From that moment, I felt very comfortable with the atmosphere of the team and now it has come to fruition that I will be driving the No. 14. It’s hard to explain in words the excitement I have to drive for such an experienced and legendary team. I know I will be filling some very big shoes, but I think it’s the perfect timing and group to be able to do so.

“Considering I have 19 years of experience driving, and it’s all led to this moment to becoming a full time Indy car driver — It’s truly a dream come true,” the Floridian continued. “It’s incredible seeing the completely unexpected path I took in previous years blossom into something I’ve always hoped for as a kid in karting.”

This season’s Indy Lights championship battle came down to the final race weekend in October at Mid-Ohio Sports Car Course. Driving for Andretti Autosport, Kirkwood clinched the title over runner-up David Malukas after winning the first race of the doubleheader and finishing fifth in the season finale. Kirkwood won 10 races (tying Greg Moore’s series record set in 1995) and seven poles in 20 races.

Kirkwood received his first kart at age four and began racing them a year later. He won numerous races and titles before moving into cars in 2016 when he competed in the inaugural F4 series. That same year he won a Team USA scholarship and competed at the Formula Ford Festival at Brands Hatch and the Walter Hayes Trophy at Silverstone. In 2017, Kirkwood dominated the F4 U.S. Championship with nine victories and six poles in 20 races.

The following year, he won the Cooper Tires USF2000 title with 12 wins in 14 races driving for Cape Motorsports. He won 15 of 17 races to claim the F3 Americas Championship powered by Honda. Driving for RP Motorsports in 2019, he won the Indy Pro 2000 Championship Presented by Cooper Tires with nine victories and five poles in 16 races. His move to the Indy Lights division was delayed when the pandemic halted racing in the Road to Indy ladder series in 2020.

“What I’ve learned in my three Indy car tests is that the Indy Lights car and the Indy car are not massively different,” Kirkwood explained. “As we’ve seen with many drivers, it’s quite an easy transition. The best thing that you can take away from the RTI is the track experience. With minimal time during weekends, it’s crucial to maximize practice, having the track experience eliminates a period of time spent learning so you can solely focus on the car and driving.

“The biggest difference I’ve noticed in my tests is the tire. The Firestone tire creates a lot more grip. There are other differences, like steering weight, downforce and braking capabilities, but all of those are just a nice step forward from the Indy Lights car.”

When asked what he thinks his biggest challenge will be as a rookie driver entering the very competitive NTT INDYCAR Series, he responded, “I’m sure I will know more as I enter the season, but I know I will be against some drivers that have years and years of experience in the car and with the tracks. I know my lack of experience will hurt in some aspects, but hopefully my driving will be able to make up for most of it.”

Spoken with the confidence of a champion.