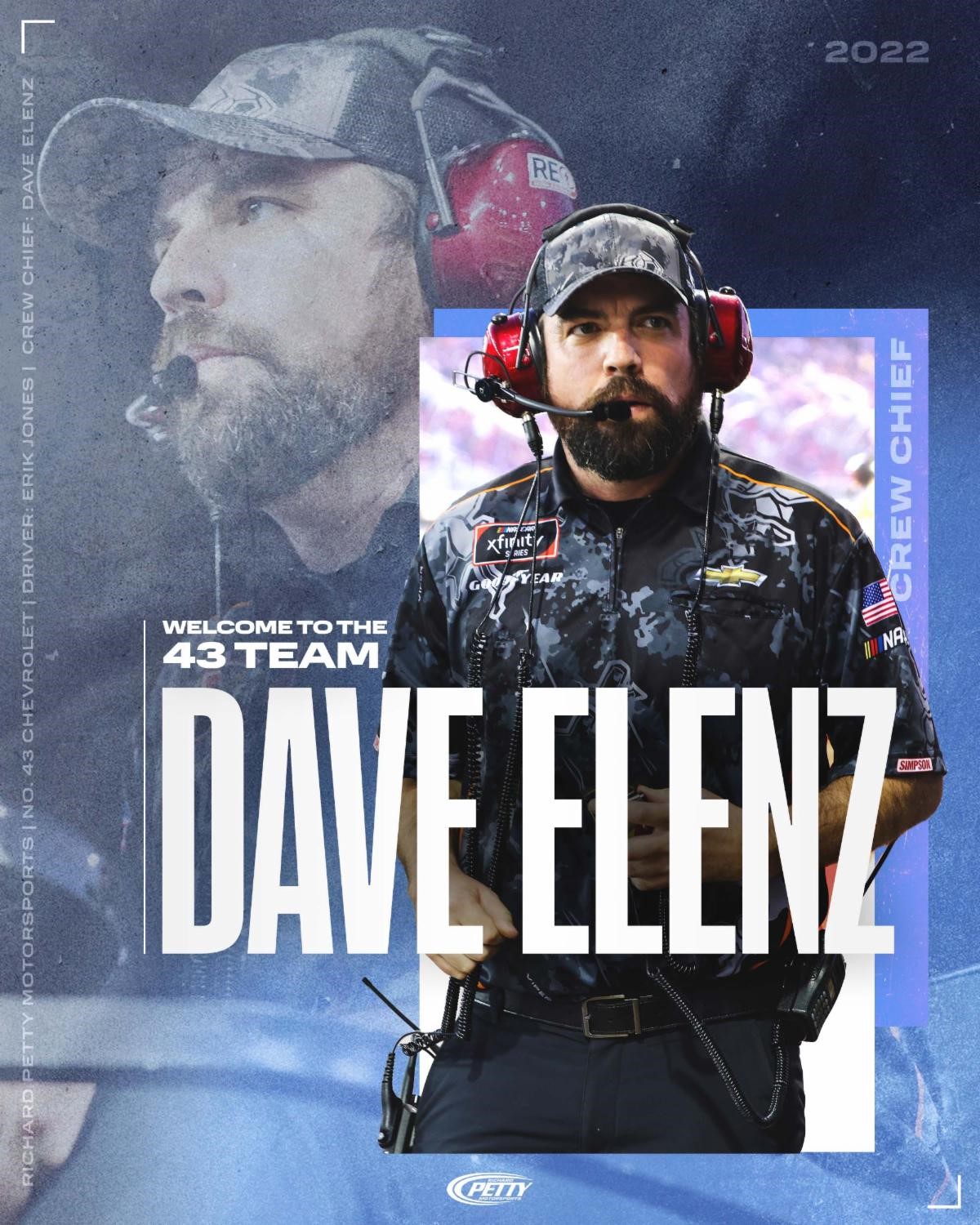 Richard Petty Motorsports (RPM) announced today that Dave Elenz will join the organization as crew chief of the No. 43 Next Gen Chevrolet Camaro ZL1, piloted by Erik Jones, for the 2022 NASCAR Cup Series (NCS) campaign.

“In 2001, when I started in NASCAR, my goal was to contend for a NASCAR Cup Series championship-title as a crew chief,” Elenz said. “The past seven years at JR Motorsports has prepared me for the next chapter in my career. Working with champion-caliber drivers like William (Byron), Tyler (Reddick), and Noah (Gragson) has not only fueled my desire to move up to the next level, but has also prepared me to the fullest for that next step.

“I appreciate Noah’s support and encouragement on this decision. I have immense gratitude for everyone at JR Motorsports and Hendrick Motorsports and their continued support over the years. I cannot thank them enough. I am excited to start my next chapter with Erik (Jones) and Richard Petty Motorsports.”

A graduate of Clemson (S.C.) University, Elenz began his career at Jasper Racing in 2001. The 40-year-old held tenure at Ginn Racing from 2003 to 2007 and at Red Bull Racing Team from 2009 to 2011. At Red Bull Racing Team, Elenz was a part of the organization’s first NASCAR Cup Series victory (Michigan) in 2009 as the lead engineer.

“I have watched Dave’s career develop, and I have always been impressed with him as a person and as a competitor,” Philippe Lopez, competition director for Richard Petty Motorsports, said. “As a race engineer, he has won races and a championship in the NASCAR Cup Series, and as a crew chief he has won races and championships in the NASCAR Xfinity Series with a very diverse group of drivers. I am very excited to have him take on the role as crew chief for Richard Petty Motorsports as we rollout the Next Gen Chevrolet Camaro ZL1 for the 2022 season.”