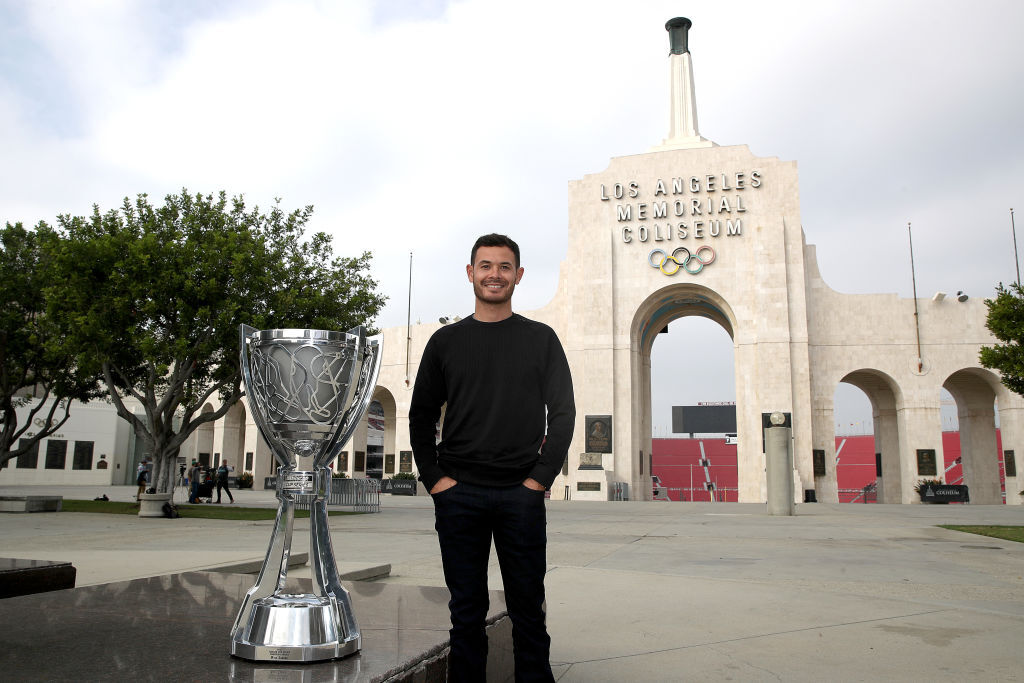 Kyle Larson’s championship tour continued after he stopped by the L.A. Coliseum where the 2022 NASCAR Cup Series Clash race will take place in February.

It was Larson’s first time at the historic venue, and next time he will be there he will be at the converted track. L.A. Coliseum will turn into a .25-mile exhibition race and officially kick off the 2022 NASCAR season.

The format will be more unique than past events. It will have four 25-lap heats to determine the starting order. The four fastest cars during the qualifying session will be split up to start on the pole for each heat and the remaining cars will earn their heat positions based on how they qualify.

The four best cars in each heat will move on to the Clash. The winner of heat one will earn the pole and the winner of heat two will line up on the front row, as well. Six positions for will be determined by a two last chance qualifier races. The first race will have all the drivers from heats one and three and the second race will have the drivers from heats two and four. The top three finishers in each race will fill out positions 17-22.

The final spot in the Clash will go to the driver who finished the highest in the 2021 points standings who does not transfer on finishing position in the heat races or last chance qualifying races. Once the field is set, the drivers will race 150 laps to determine the Clash winner.

So far, only Larson’s position as the 2021 Cup Series champion is secured in the event. All other drivers will have to race for their spot in the 24-car field. Starting Dec. 20, construction will begin at L.A. Coliseum to put down a temporary asphalt track.

For now, Larson will have to wait until the Cup Series starts up again. He will hit the track at the venue in the new No. 5 Next Gen Chevrolet on Feb. 6 for the Clash and prepare for the following two weeks before the field heads to Daytona Beach, Florida, for the 2022 DAYTONA 500.