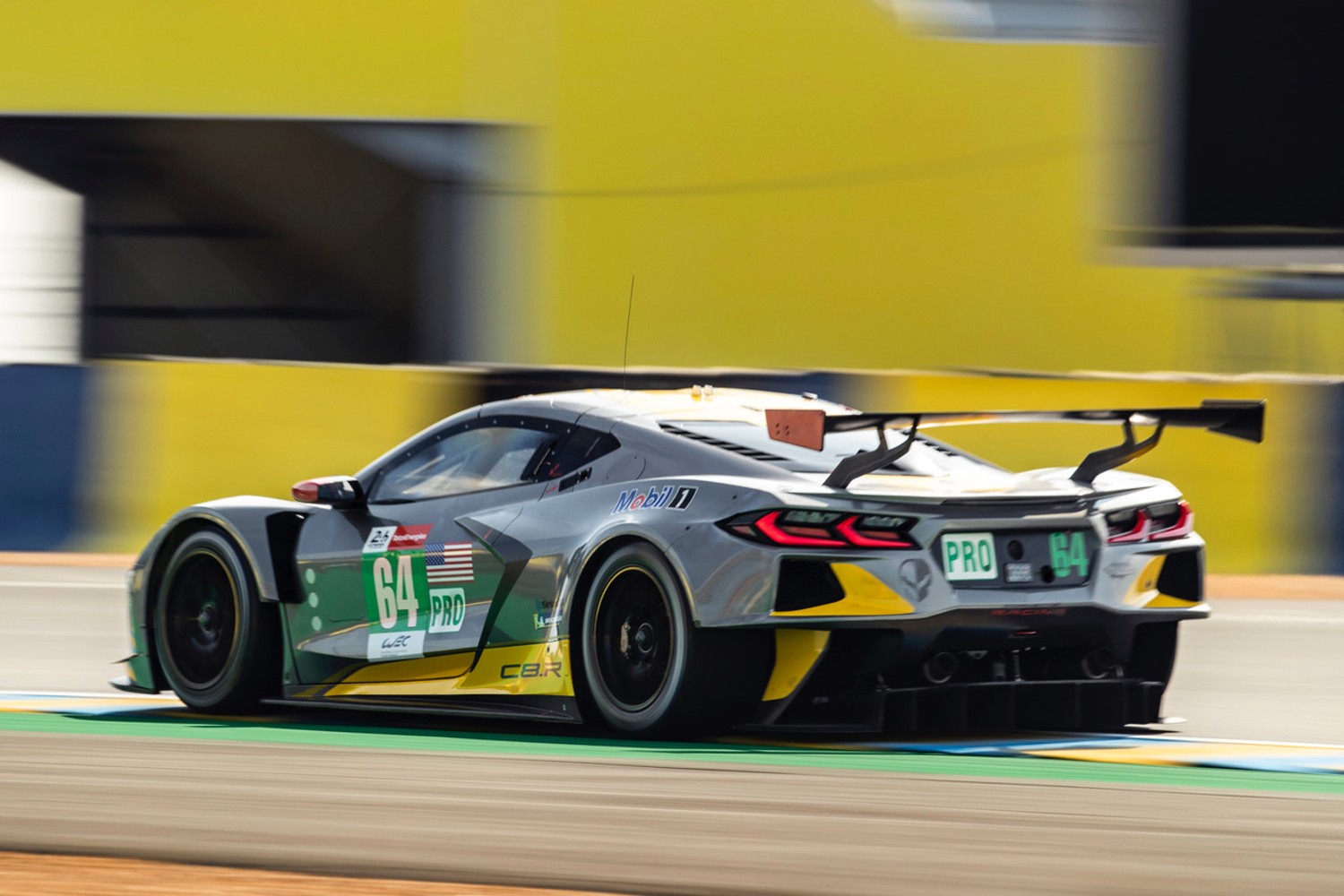 For the first time in its 24-year history, Corvette Racing will contest multiple endurance racing championships during a globe-trotting 2022 racing program.

Corvette’s production-based race team is set for full-season championship challenges in both the IMSA WeatherTech SportsCar Championship and the FIA World Endurance Championship. Corvette Racing will field one Chevrolet Corvette C8.R in each series with a two-car effort planned for the 24 Hours of Le Mans.

All six Corvette Racing drivers from 2021 will return for the new season. Antonio Garcia, Jordan Taylor and Nicky Catsburg make up the attack in IMSA while Tommy Milner, Nick Tandy and Alexander Sims contest the WEC.

“This is the most ambitious schedule that Corvette Racing has faced in its nearly 25 years of competition,” said Jim Campbell, Chevrolet U.S. Vice President, Performance and Motorsports. “It will be an honor to race in both the IMSA and WEC series at some of the best tracks in the world.”

Chevrolet also confirmed that it will build and sell the Corvette Z06 GT3.R race cars to customers beginning for the 2024 racing season.

Garcia and Taylor – who are on the verge of repeating as GTLM Drivers champions – are contesting the full 10-race championship in the No. 3 Mobil 1/SiriusXM Chevrolet Corvette C8.R. Catsburg will rejoin the Garcia/Taylor duo for the Rolex 24 At Daytona (where they won the 2021 GTLM class), Sebring and Petit Le Mans.

The GTD-PRO Corvette C8.R will look similar to the GTLM trim. A revised wing profile will mean a slightly different level of downforce at the rear of the Corvette. The C8.R will run on customer Michelin tires, per GTD regulations.

Under the skin, the GTD-PRO Corvette will retain the same 5.5-liter, flat-plane V8 with a slightly decreased power output over the GTLM rules package. An anti-lock braking system (ABS), tested by Corvette Racing at Belle Isle’s race in June, also will be featured on the IMSA C8.R along with other driver aids that are mandated by the class regulations.

Chevrolet has won 13 Manufacturers Championships (14 with the start of Saturday’s Petit Le Mans) in IMSA since 2001.

Milner and Tandy will take on the six-round global championship with the No. 64 Mobil 1/SiriusXM Chevrolet Corvette C8.R, which will continue in the GTE Pro category against similar factory entries.

Milner and Tandy’s season will begin with the 1,000 Miles of Sebring on March 18 as the FIA WEC returns to its doubleheader weekend with IMSA, which runs the Mobil 1 Twelve Hours of Sebring the following day.

A handful of new circuits for Corvette Racing – Monza, Fuji and Bahrain – await on the WEC calendar for 2022, plus a return to Spa-Francorchamps. The focal point, as is the case each season, is the 24 Hours of Le Mans.

Corvette Racing aims to gain invitations for two Corvette C8.Rs as the program goes for a ninth class victory since 2001. Sims will reunite with Milner and Tandy at Le Mans, with the Garcia/Taylor/Catsburg trio eyeing a Le Mans return, as well.

For 2024, a new era of Corvette Racing dawns with the debut of the Chevrolet Corvette Z06 GT3.R racecar – a ground-breaking sports car with customer racing in mind.

The Corvette Z06 GT3.R will be the closest link yet between the production Z06 and racing for Chevrolet’s flagship performance vehicle. Thanks to a strong foundation provided by the mid-engine Corvette Z06 supercar, the Z06 GT3.R will share the same aluminum chassis, a production engine modified for use in the racecar, and similar aerodynamic features. They have the same silhouette and similar dimensions.

At the heart of the Z06 GT3.R is a 5.5-liter, DOHC LT6 V8 engine with the same flat-plane crankshaft architecture that powers the Corvette C8.R. A real-world rolling laboratory, the C8.R laid the groundwork for powertrain and aero strategies that will make the Corvette Z06 GT3.R a worthy competitor in the world of privateer racing.

For the first time, Chevrolet is offering a turn-key, customer-focused racing Corvette for competition in a wide variety of GT3 championships.

“It’s an exciting time for Corvette – first with the reveal of the production Z06 and now confirming the Corvette Z06 GT3.R for customer racers,” said Mark Stielow, Chevrolet Director of Motorsports Competition Engineering. “The availability of the Z06 GT3.R will allow customer race teams the opportunity to campaign a Corvette that has benefited from Corvette Racing’s rich history.”

The Corvette Z06 GT3.R fits the criteria for GT3 sports car racing, which continues to grow exponentially year over year. The introduction of the Z06 GT3.R will mean privateers can compete in both endurance and sprint races across multiple series.

Additional details such as pricing and support package options will be confirmed at a later date. More information is available at Chevrolet Motorsports.

Tommy Milner commented: “It’s an exciting and new challenge to do a full season in WEC. As the decisions were being made, I was asked my preference of what I would like to do for 2022. I’ve obviously enjoyed every single year that I’ve been in IMSA with some amazing tracks and events. But the opportunity to race at some other famous and storied circuits – ones that I’ve never been to – in a Corvette and in the WEC is amazing. We got a look at what it’s like to race in a normal WEC race when some of the team raced at Spa last year. Having that experience and knowledge will be beneficial for 2022.”

Nick Tandy commented: “I’m excited for this new challenge. I last competed for a full season in the FIA WEC in 2017, so I know what the championship is all about. I’m especially looking forward to taking this Corvette to tracks and events where we haven’t raced the car before. Obviously I’ve been involved in the full IMSA season and Le Mans this year, but to run the C8.R in six and eight-hour events that WEC runs is something still a little unknown to us at Corvette Racing. Going for a World Championship is something that not many people compete for, so I’m looking forward to what comes ahead.”

Frédéric Lequien, FIA WEC CEO, concluded: “Corvette is an iconic brand in endurance racing and we are delighted that they will join us full-time in the WEC next year. It will be exciting to watch Chevrolet battle with Ferrari and Porsche in the GTE Pro Manufacturers’ Championship and I have no doubt that the fans will love to see the Corvette C8.R in action out on track too.”