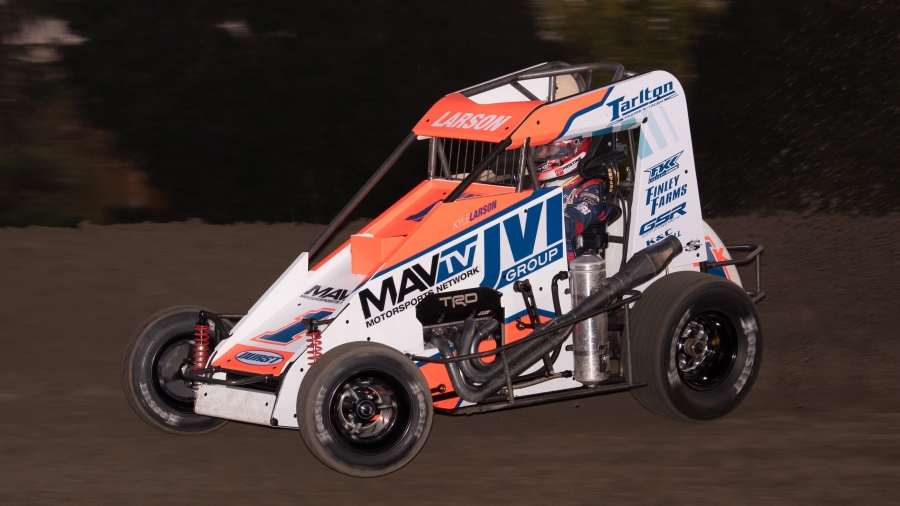 After getting schooled by his NASCAR Cup teammate Kyle Larson all year, Chase Elliott has decided to see if he can learn what makes Larson great – car control sliding sideways on dirt.

Elliott will drive a Kyle Larson Racing-owned entry at Placerville.

The November 18-19-20 event at southern California’s Placerville Speedway brings together the two most recent NASCAR Cup Series champions who’ll also be teammates in the Hangtown 100 – Kyle Larson and Chase Elliott.

Fresh off his first NASCAR title, Larson (Elk Grove, Calif.) enters the event as the defending winner.  He captured the inaugural Hangtown 100 at Placerville in 2019, pocketing $20,000 for winning the final night main event, plus an extra $12,000 as the overall point champion.  Elliott (Dawsonville, Ga.), the 2020 NASCAR king, will drive a team car to Larson in his Placerville debut.

USAC National Midget winners are based nationwide, and a number of others will be contenders to take over the throne from the natives on their own Golden State soil.  Those include Kevin Thomas Jr. (Cullman, Ala.) and his Petry Motorsports teammate Emerson Axsom (Franklin, Ind.) as well as rising stars Daison Pursley (Locust Grove, Okla.), Cannon McIntosh (Bixby, Okla.) and Zeb Wise (Angola, Ind.).

Three-night reserved and general admission ticket packages for the Hangtown 100, along with single night tickets, are available at https://happsnow.com/event/Placerville-Speedway.