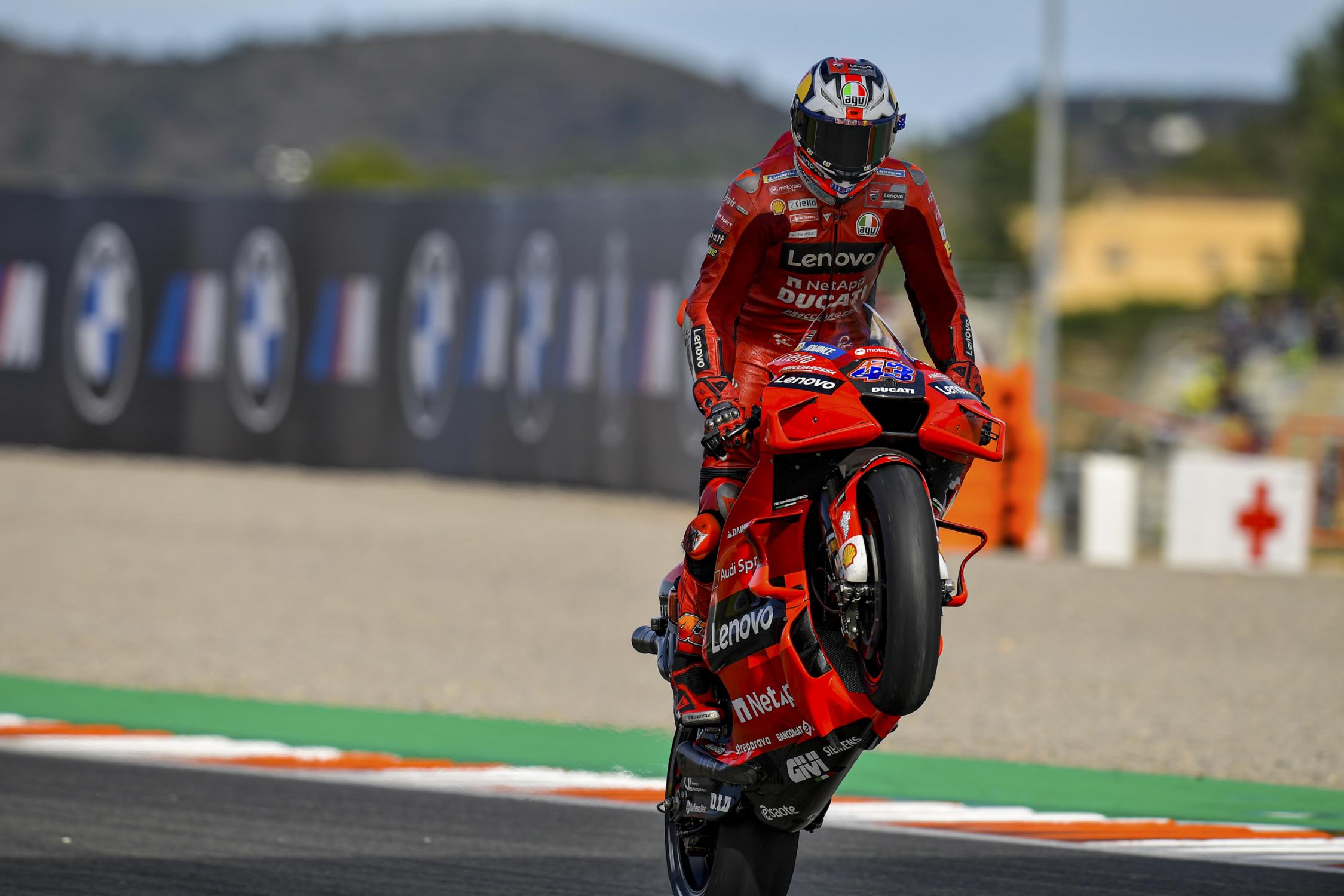 Just as the MotoGP World Championship grid was preparing to head out for their first taste of the Circuit Ricardo Tormo, rain began to fall around the Valencia track Friday morning. Getting progressively heavier over the course of the morning, speeds were slow. Forecasts suggest the remainder of the weekend will be dry.