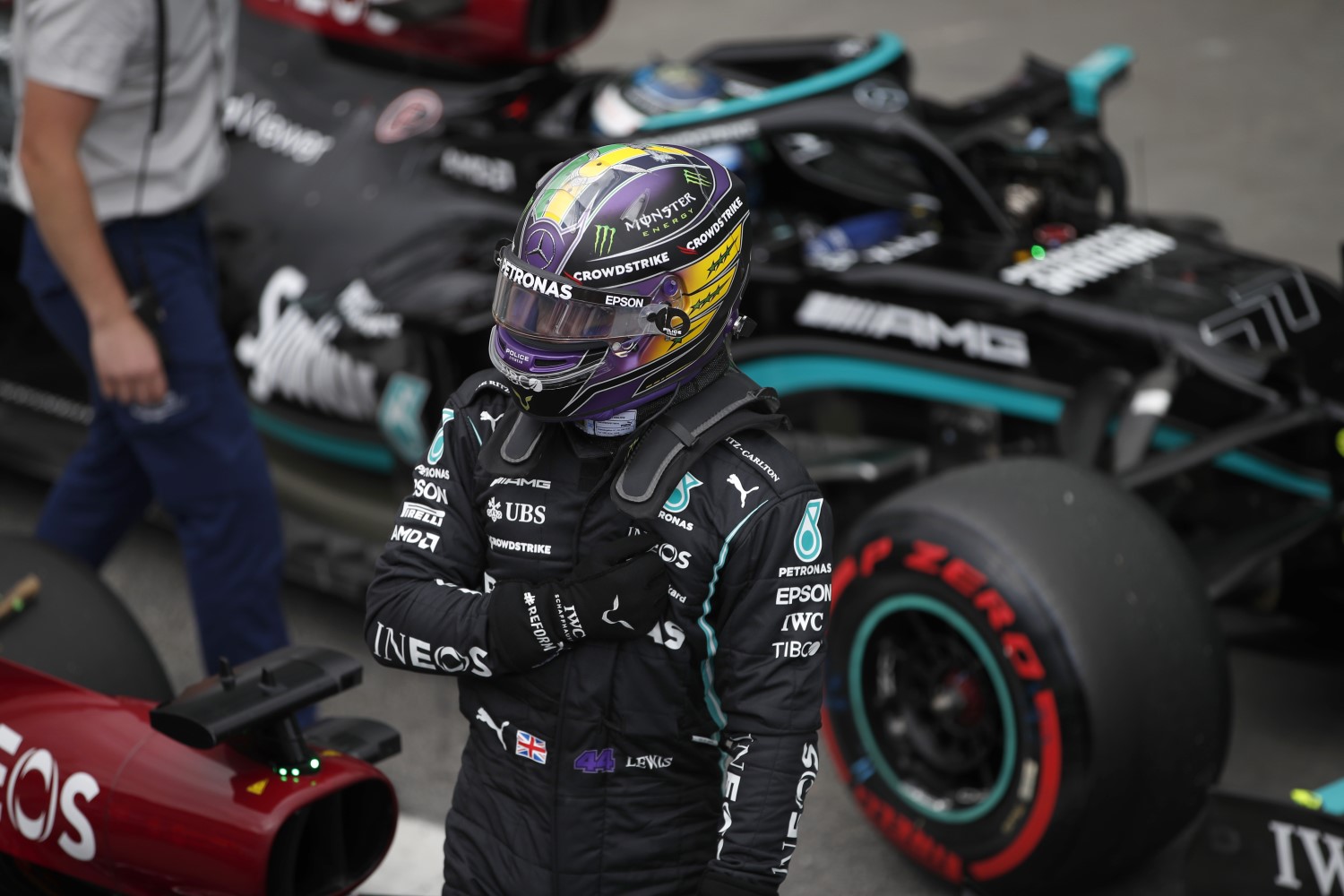 The time that Hamilton and his Mercedes engineers will appear before the race stewards regarding the DRS wing opening exceeded the 85mm has been pushed back from 5:30am ET today to now 8:30am ET

(GMM) Lewis Hamilton’s title hopes are hanging by a thread in Brazil.

Although quickest in qualifying ahead of Saturday’s final sprint race of 2021, the seven time world champion will slide five places down the grid on Sunday due to an engine change.

“We have degradation of the engine and its power wasn’t going to stop dropping until the end of the season,” team boss Toto Wolff said.

“If we had kept the engine, we would not have been competitive in Saudi Arabia and Abu Dhabi.”

Red Bull’s Max Verstappen was some four tenths slower, but will start from pole on Sunday.

“Naturally when they take a new engine they have more power for the weekend,” said the Dutchman.

An even bigger headache for Mercedes than the engine change, however, was the FIA’s investigation into Hamilton’s unusually large DRS rear wing opening.

“In principle, they are doing the same thing we were accused of up until Baku,” Red Bull team boss Christian Horner said.

It was Red Bull’s team manager Paul Monaghan who alerted the FIA to the problem one hour before qualifying, armed with paper and video evidence.

“We wanted to give Mercedes the chance to turn it off,” a source at the energy drink owned team told Auto Motor und Sport.

Wolff hit back: “They should protest quietly. Nothing will come of it.”

However, at the time of writing, it was believed the FIA was contemplating disqualification from qualifying and a mandatory pitlane start for Hamilton. A decision has been delayed until Saturday morning.

“We always look a bit worse than Mercedes in the cold, but it should be warmer on Sunday,” said Dr Helmut Marko.

“Our chances of winning the race are very high. The turbo on our Honda engines work better than the Mercedes. And this weekend we think only about winning.”

The FIA released the following statement confirming the investigation: “The uppermost rear wing element adjustable positions were checked on car number 44 for compliance with Article 3.63 of the 2021 Formula One Technical Regulations.

“The requirement for the minimum distance was fulfilled.

“But the requirement for the maximum of 85mm, when the DRS system is deployed and tested in accordance with TD/011-19, were not fulfilled.”

An FIA spokesperson confirmed the hearing had been adjourned by the stewards “as they await further evidence that will not be available until the morning”.

This was followed by a bulletin from the stewards asking Bauer “to supervise the removal of the rear wing assembly of Car 44, and to impound this part under seal.”

It added: “Further, the Technical Delegate is to supervise the transition of Car 44 into overnight conditions, permitting only those actions needed to store the car.”

Should the stewards opt to exclude Hamilton’s car from qualifying, he would start Saturday’s sprint race from the rear of the field.

One thought on “F1: Hamilton’s titles hopes hang by thread in Brazil after car found to be illegal (2nd Update)”