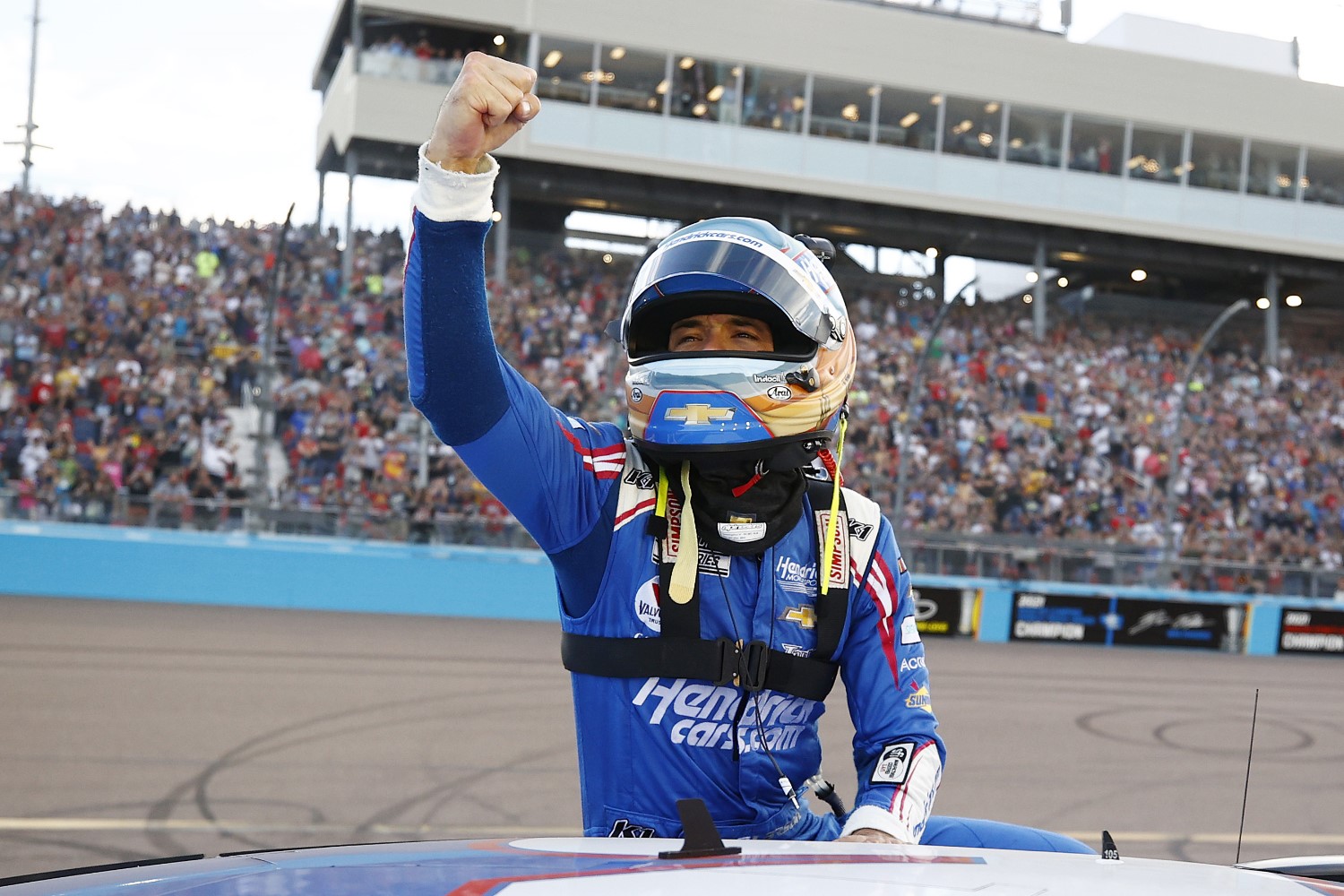 Speaking exclusively on Motorsport.tv’s This Week with Will Buxton show, 29-year-old Californian Larson – who won the Cup title at Phoenix for the Hendrick Motorsports team last weekend – said he’s never seen an F1 car run in the flesh on a grand prix weekend.

“I’m really excited, I’ve never been to an F1 race before,” said Larson. “But my wife and I are going to go to Abu Dhabi, so I’m really excited about that, go check it out, see what it’s all about.”

When Buxton asked him if he knew there was a post-event test, Larson replied: “I’m down, I had no idea there was a rookie test. Hey, if I’m there then I might as well get into a car.

“If there’s a team that will let me, I would pack my helmet bag right now. Head there, go get some laps. Let me know!” Motorsport