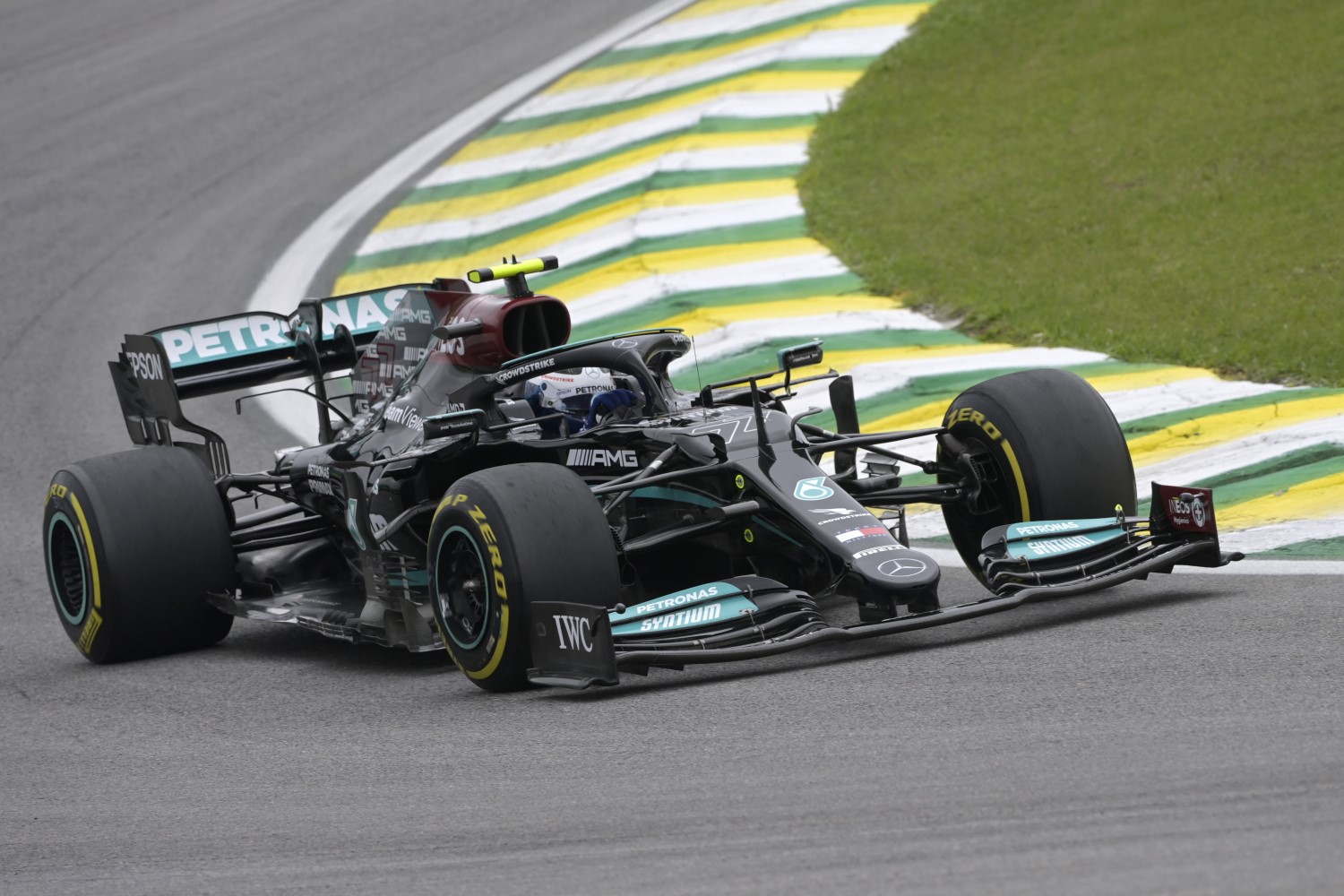 The Dutchman said he wasn’t checking the overly wide DRS opening in parc ferme, but testing the wing for excessive flexibility.

“I was just looking at how much their rear wing was flexing,” the Red Bull driver confirmed.

“At a certain speed, it seems like the wing is flexing and of course we all had to change the wings at the beginning of the season but it seems like something is still backing off on theirs.”

Verstappen shrugged off the fine by joking that he hopes the stewards can now afford some “good expensive wine” with their dinner.

“They can invite me. I’ll pay for that too,” he quipped.

Horner, meanwhile, rejects the notion that Red Bull should not have pushed the matter, insisting that Mercedes’ top speeds at Interlagos have been “breathtaking”.

“Hamilton is 22kph faster than us. He was flying past the other cars as if they were parked,” he said.

The top speed disadvantage to Mercedes has been a concern of the Red Bull F1 team since the summer break. Again and again there were new theories as to why the Silver Arrows fly away from the RB16B on the straights.

Red Bull now believes it has finally struck gold. According to Red Bull, a rear wing element of the Mercedes folds down from a speed of 260 km / h. “In principle, they are doing the same thing that we were accused of until the race in Baku,” said Horner. Red Bull and a few other teams had to back up at the time. The FIA ​​had tightened the rules for the flexibility of the wings on short notice.

One hour before qualifying began Friday, Red Bull Technical Director Adrian Newey and Chief Engineer Paul Monaghan marched into the FIA ​​office with a mountain of papers and videos.

“We wanted to give Mercedes the chance to turn it off,” said Newey. In the qualification, however, the plaintiffs believe that the gap between the two rear wing elements increased in the last third of the straight when the DRS was open. In any case, the TV pictures conveyed this impression.

It has not yet been decided whether the complaint will be converted into a protest. “We still have to think about our further course of action,” warned Dr. Helmut Marko. Mercedes had been informed of Red Bull’s request by the FIA ​.

“They should protest quietly. Nothing will come of it,” promises Mercedes team boss Toto Wolff.

It is certainly no coincidence that the FIA ​​inspected all rear wings after qualifying, including Hamilton’s. That happens more often, but the connection between Red Bull’s request for clarification and the DRS check is just too noticeable. The upper flap was in compliance when the DRS was open. The minimum distance of 10 millimeters to the lower element corresponded to the regulations, the maximum distance of 85 millimeters according to technical inspector Jo Bauer apparently not.

To be clear, Red Bull’s suspicion and the alleged DRS violation on Hamilton’s car are two different cases. They just happen randomly in the same area of ​​the car and have the same effect. This makes the car faster on the straight.

Even Red Bull admits that the Hamilton case is probably a manufacturing defect or an oversight. This is supported by the fact that the rear wing on Bottas’ Mercedes complied with the rules. That explains why the Finn was 5.5 km / h slower than his teammate on the straight.