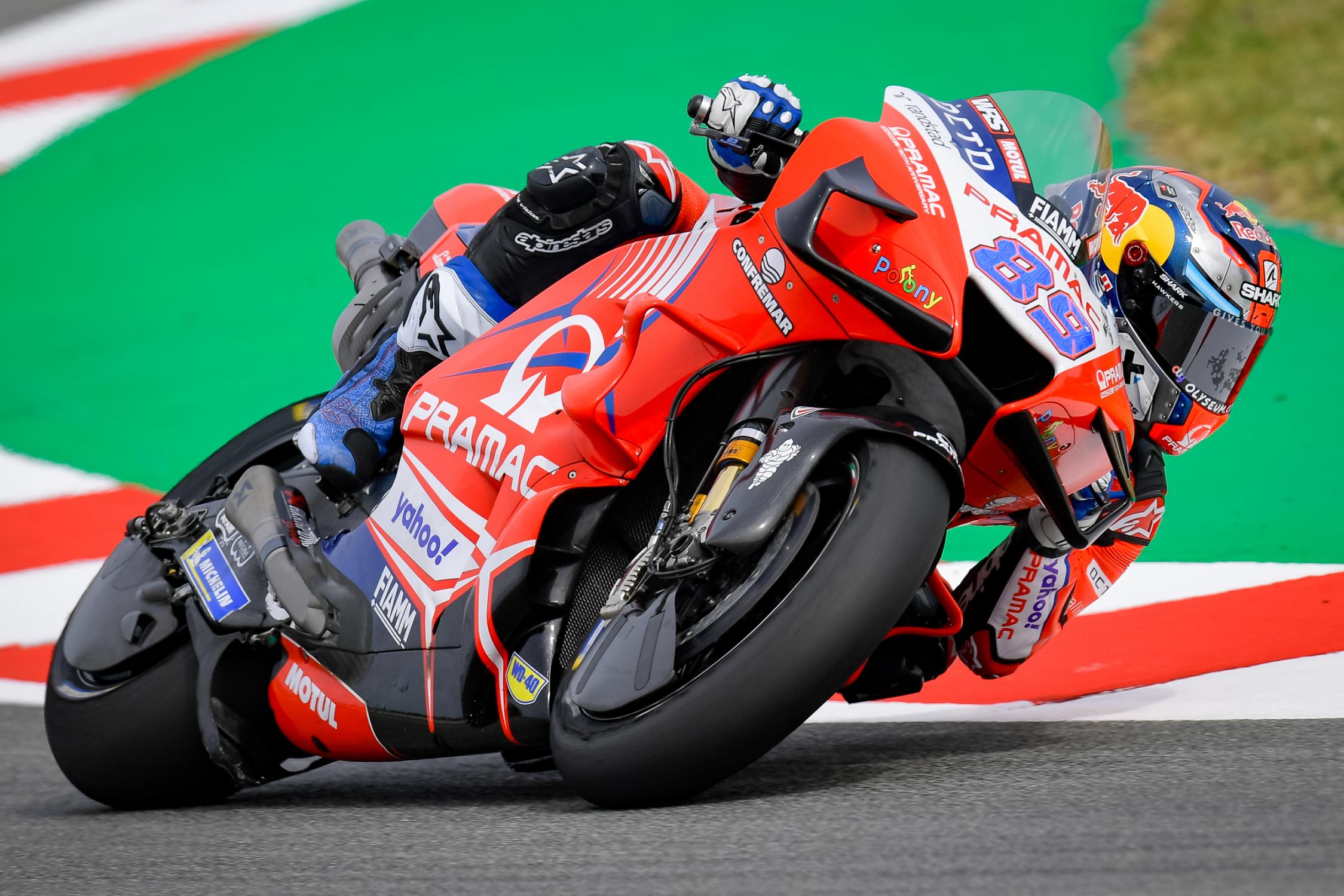 For the fourth time in his rookie season, Jorge Martin will start on pole position as Ducati dominated the final MotoGP qualifying session (1-2-3) of the season at the Gran Premio Motul de la Comunitat Valenciana.

The Spaniard beat Francesco Bagnaia) by just 0.064s with his sublime 1m29.936s, while Jack Miller made it a Ducati front row lockout.

During MotoGP Free Practice 3, Pol Espargaro suffered a highside on the exit of Turn 12 heading into Turn 13. The Repsol Honda Team rider was taken to the circuit medical center before being transported to 9 de October Hospital in Valencia for further checks. Scans revealed heavy bruising, especially around the right thorax and abdomen.

Espargaro will rest tonight before assessing his condition and continued participation on Sunday morning.