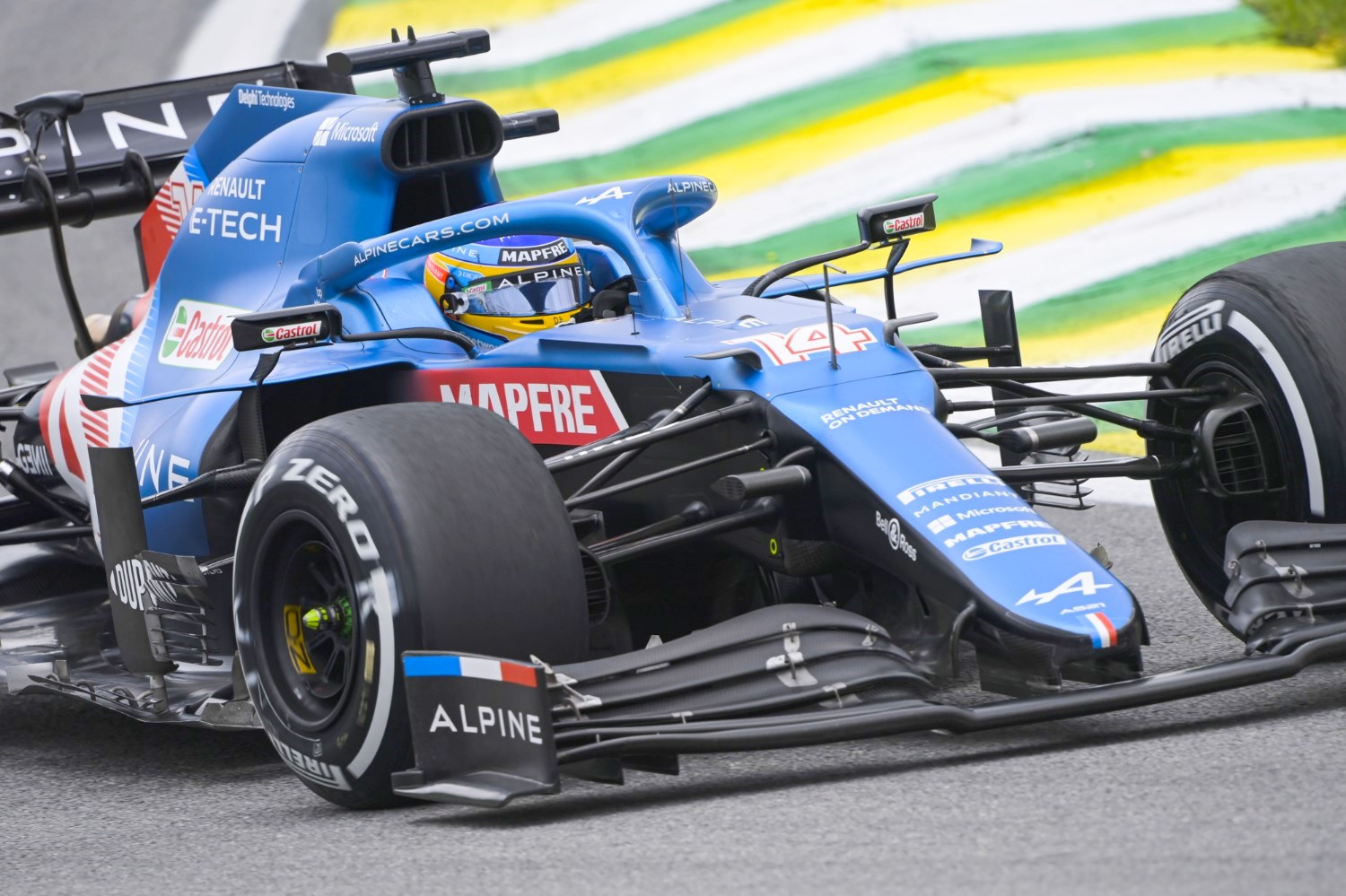 Alpine driver Fernando Alonso showed some of his old magic by turning a lap of 1m11.238s to lead final practice for the Brazilian GP.

Of course, Alonso may have been running a much lower fuel load, but he lapped 0.864s faster than 2nd fastest Max Verstappen.

Valtteri Bottas was third fastest, 1.117s back in the #77 Mercedes.

Alonso’s teammate Esteban Ocon was 4th quick 1.169s behind, these times aren’t nearly as representative as usual. That being said, Ocon has fresh soft tires for later and may well copy his teammate’s previous tactics of starting on the red-marked rubber to jump ahead off the line.