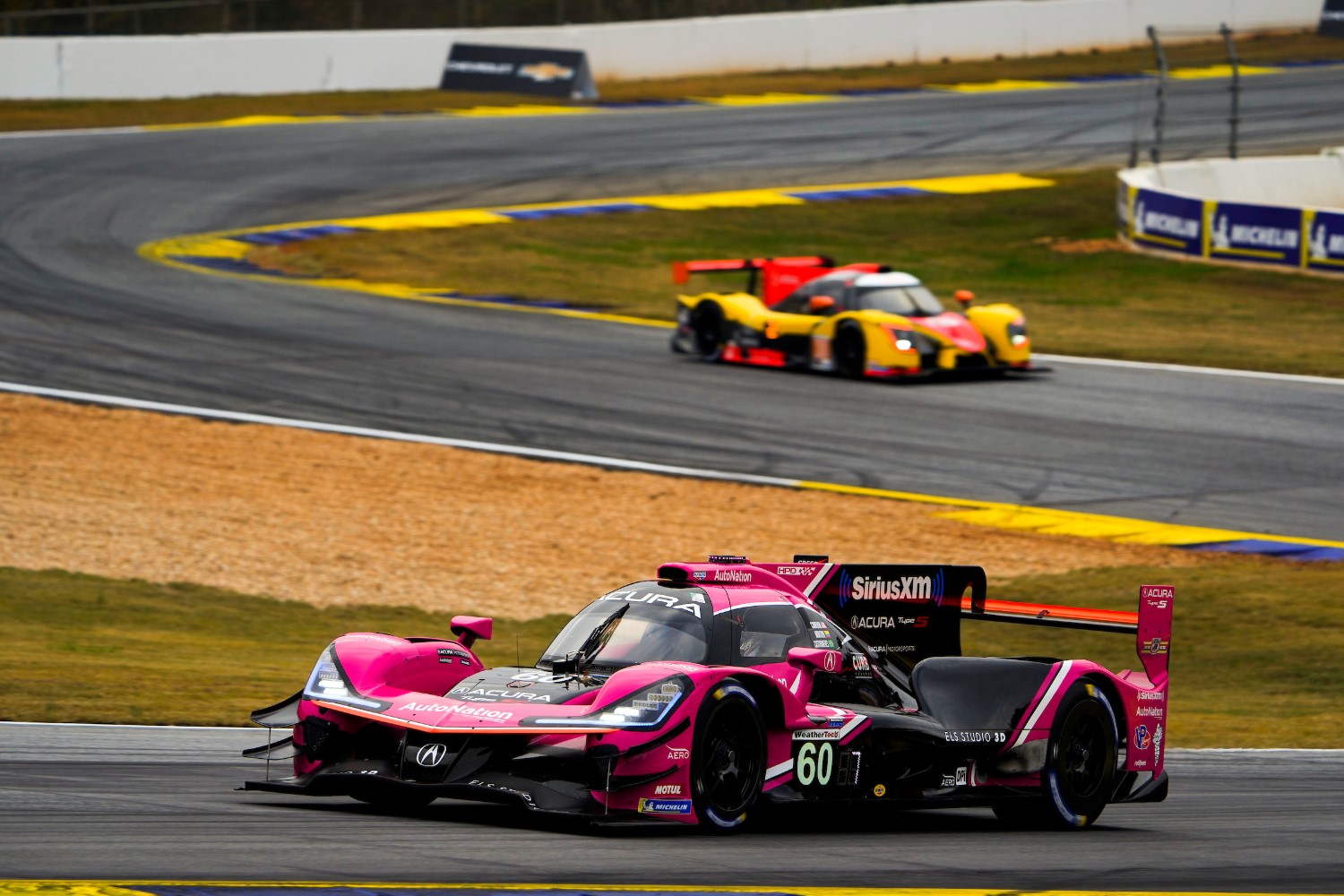 At the halfway mark of the Petit Le Mans at Road Atlanta, the No. 60 Meyer Shank Acura driven by J. Montoya, H. Castroneves and D. Cameron led overall and in the DPi class ahead of the #01 Ganassi Cadillac driven by R. van der Zande, E. Bamber and S. Dixon.

The #50 Jr. III Ligier driven by A. Balogh, G. Grist and S. Pigot leads in LMP3 while the #36 Andretti Autosport Ligier is dead last (as usual) and now out of the race

C. De Phillippi, P. Eng and B. Spengler have the #24 Rahal BMW out front in GTLM, helped by the demise of the #3 Corvette.

A multi-car accident in the GT pack caused the sixth caution period of Motul Petit Le Mans as the field approached a restart shortly after the four-hour mark.

The No. 3 Chevrolet Corvette C8.R from the GT Le Mans class and half a dozen cars from GT Daytona were involved in the collision on the run down to Turn 10.

Jordan Taylor was in the Corvette Racing car and was pictured walking away from the incident after striking the back of Michele Beretta’s Grasser Racing Team Lamborghini Huracan GT3 Evo. All drivers were reported to be OK as the cleanup commenced.

The #23 Heart of racing Aston Martin leads in GTD over the #9 Pfaff Motorsports Porsche.