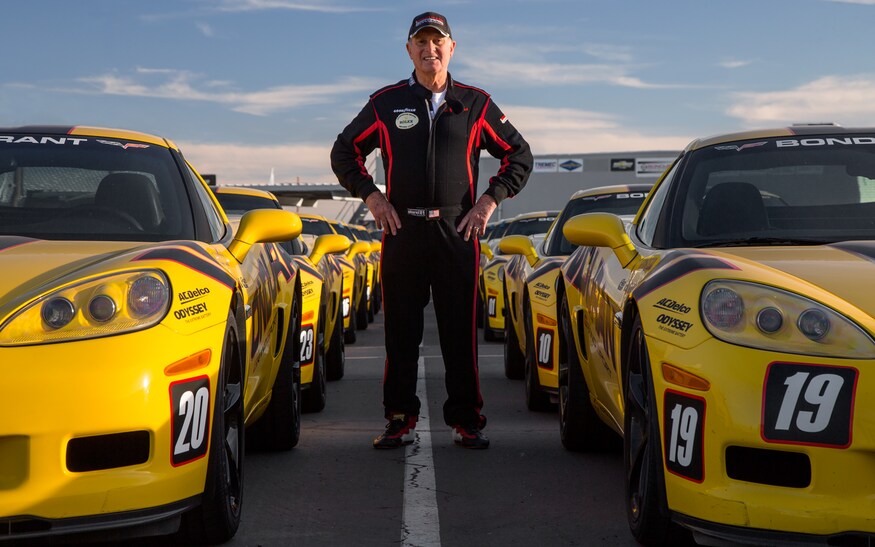 A statement on his passing reads, in part, “Bondurant is the only American to bring home the World Championship trophy back to the U.S. while racing for Carroll Shelby. He won his class at Le Mans and has been inducted into ten motorsports halls of fame.

Bondurant Racing School was founded in 1968 and has graduated celebrities for car movies like James Garner, Paul Newman, Tom Cruise, Nicholas Cage, and Christian Bale, along with over 500,000 graduates from around the world. His legacy will remain with us forever.”

He is survived by his wife Pat, who vows to continue the legacy of Bob’s School.

In lieu of flowers, the family is requesting donations to Team USA Scholarships. More information can be requested from jshaw@teamusascholarship.org.

Bondurant, whose full name is Robert Lewis Bondurant, was born on April 27, 1933. His love for racing began when he was just a toddler.

“By twelve years old, his parents were divorced, and he persuaded his mother to purchase a Whizzer electric bike to deliver his newspapers faster. By 14, he owned his first Indian motorcycle, and after the devastating death of his mother at 16 years old, he started racing flat track and even bigger Indians and Harleys.

His mother’s death left him inconsolable, which is where the seed of his fearlessness was realized,” a statement on his passing and legacy went on to read.

By the age of 23, “Bob became one of the most iconic race car drivers in the world,” the statement read.