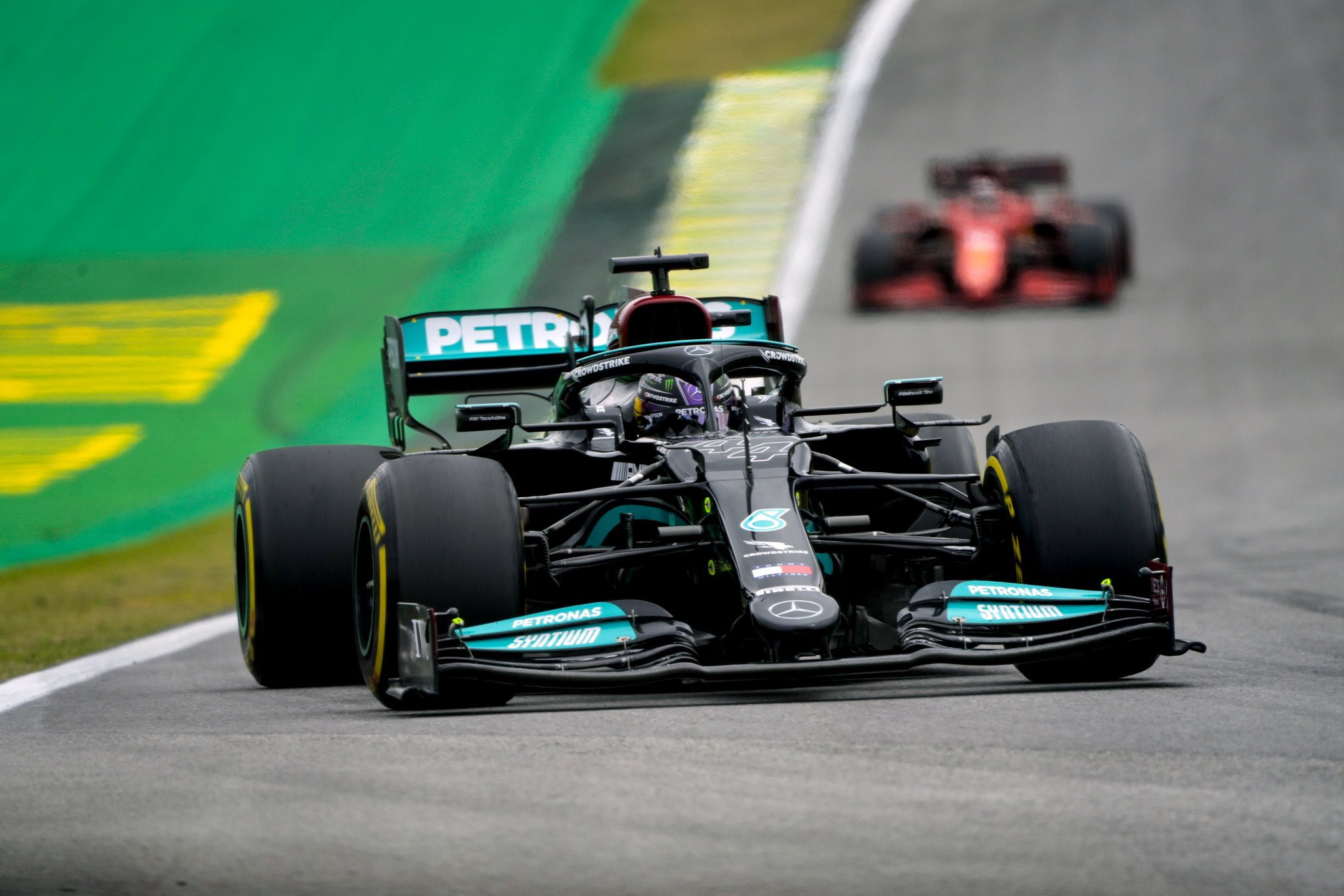 (GMM) The intense 2021 title battle is only getting more fiery and controversial as the track action heats up in Brazil.

After securing pole on Friday, Mercedes’ Hamilton was disqualified for a breach of the size of the DRS opening slot on his rear wing.

But Red Bull’s Verstappen was also given a hefty slap on the wrist with a EUR 50,000 fine for touching the offending rear wing as Hamilton celebrated with his crew in parc ferme.

“That’s ok. It’s a big penalty but essentially it was only a foul, so we can accept that,” Dr Helmut Marko told Sky Deutschland.

“What’s incredible is that Mercedes now claims that Max allegedly damaged the rear wing with his fingers,” he also told f1-insider.com.

So after Hamilton clawed his way back to fifth at the checkered flag of the Interlagos sprint race, his boss Toto Wolff went on the radio to declare: “Amazing job, Lewis. F**k them all.”

When asked about that afterwards, the Mercedes chief said: “It wasn’t aimed at anyone in particular, it was more about the general mindset.

Wolff claims the disqualification was an extreme and uncharacteristic punishment by the FIA.

“In the last few years from them it was always ‘Fix this and fix that’. We saw that last weekend with Red Bull and many times before that too,” he said.

“But we were not allowed to do that. What is clear is that we do not have an illegal wing. It was a failure on the right side by 0.2mm. That means we actually had a performance disadvantage.

“At the end of the day there is a technical directive in black and white. We accept that.”

Wolff said he therefore would not waste time with an official protest, but instead try to find the same sort of tiny problems with Verstappen’s car for the rest of the 2021 battle.

“We will look at every single bit of tape that falls off,” said the Austrian. “I can promise that we will be asking a lot of questions in the next races.”

Wolff also hit out at Red Bull for instigating the affair.

“There was once something like a gentleman’s agreement. Obviously there are no longer any gentlemen,” he charged.

“But today Lewis overtook 16 cars and Valtteri controlled the sprint after the start. It’s nice to forget politics for a moment.”