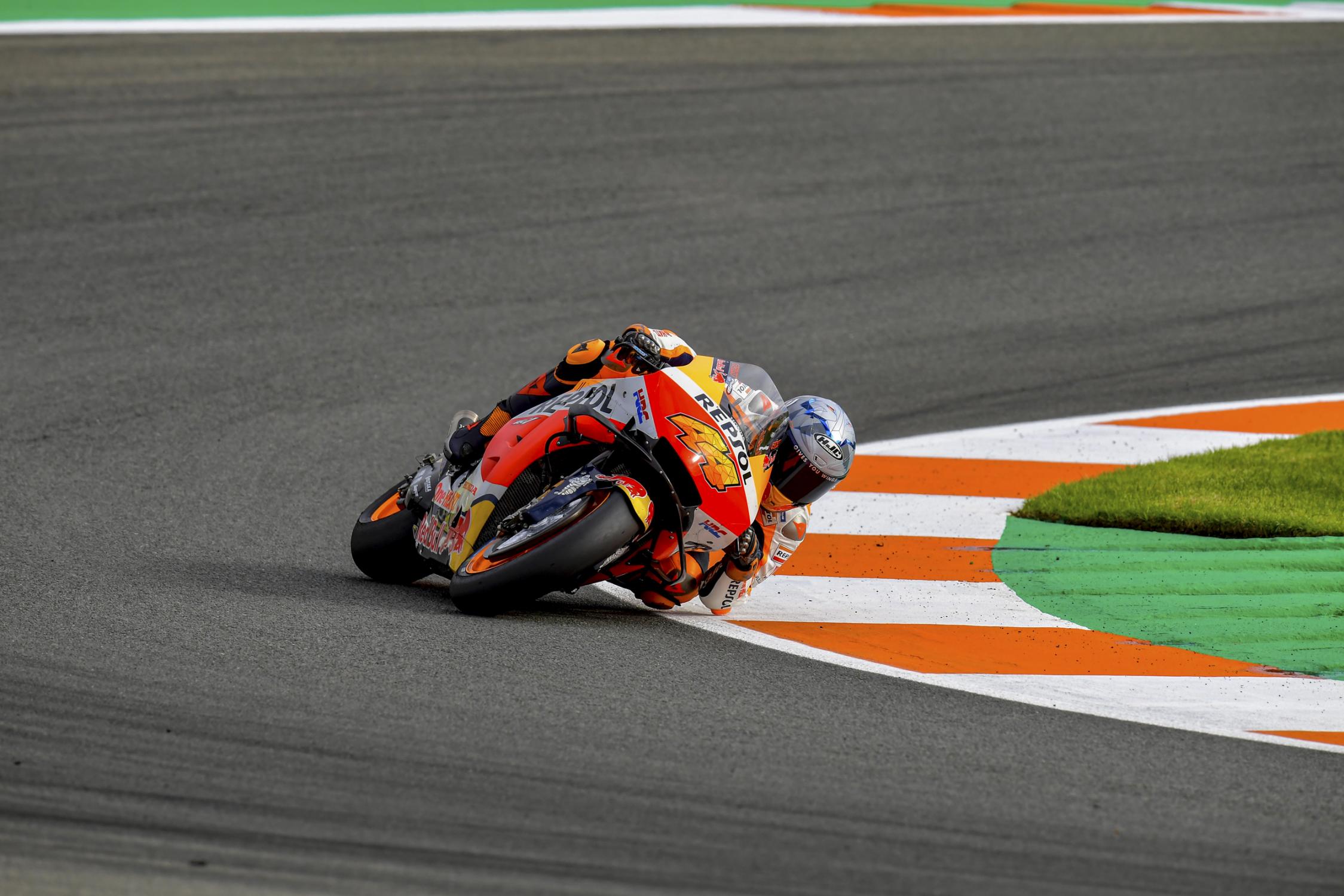 During MotoGP Free Practice 3, Pol Espargaro suffered a highside on the exit of Turn 12 heading into Turn 13. The Repsol Honda Team rider was taken to the circuit medical center before being transported to 9 de October Hospital in Valencia for further checks. Scans revealed heavy bruising, especially around the right thorax and abdomen.

This morning Honda has announced Pol Espargaro will not take part in Sunday’s 2021 MotoGP season finale.

A brief statement from Honda read: “After assessing his condition this morning, Pol Espargaro will not participate in the Valencia GP as he and the Repsol Honda Team focus on the Jerez test.”

Commenting on his crash on Saturday, Espargaro said: “Unfortunately today I had a very big crash during FP3 at Turn 13.

“The impact was very hard but fortunately, I have no serious injuries and nothing appeared broken in the tests we did at the hospital.

“At the moment I have a lot of pain from around my ribs when I breathe, this is what hurts the most.

“I’m really disappointed because we had great speed, and I was feeling really confident. I’m sorry for my team.”