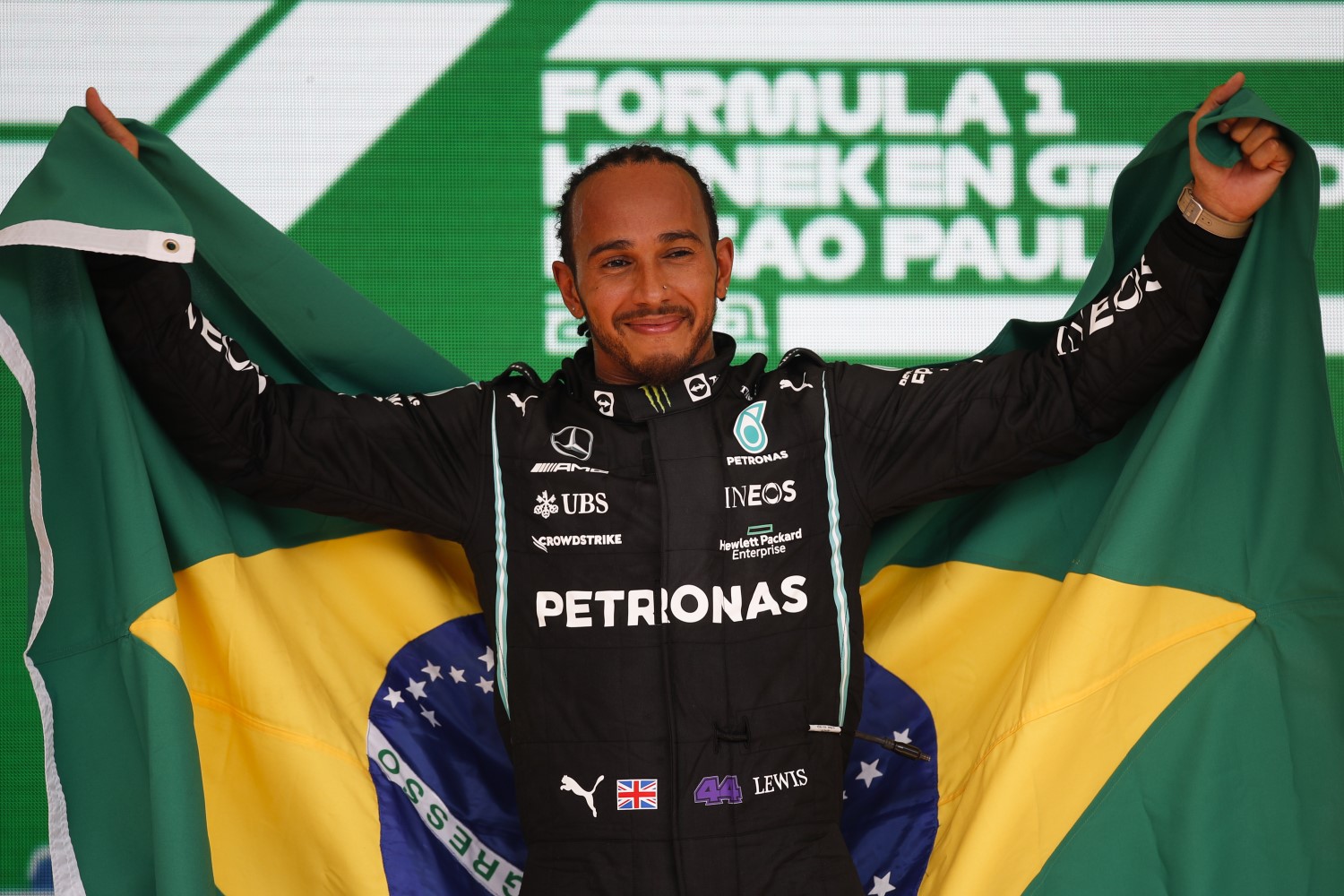 (GMM) A visibly and audibly furious Toto Wolff said Lewis Hamilton won on Sunday despite the fact that “everything was against us” in Brazil.

The weekend was just a further escalation in the extreme intensity of the 2021 world championship battle between Mercedes’ chasing Hamilton and title leader Max Verstappen.

“This team has always been united,” said team boss Wolff, “but these decisions have brought us closer together.

“It was like everything was against us and I think that’s what Lewis has felt his whole life and now we feel it together as a team.

“We’re going to fight – that’s the emotion we feel in the garage right now,” he added.

Indeed, Hamilton touched down at Interlagos and was quickly faced with a grid drop for a new engine – before having his Friday pole stripped for a DRS slot that was too wide.

Red Bull’s Verstappen was then slapped with a huge EUR 50,000 fine for touching the offending Mercedes wing in parc ferme, but then not penalized for allegedly running Hamilton off the track as they battled in Sunday’s race.

“That was for the race director,” Wolff explained when asked why he furiously lashed out at the TV cameras when Hamilton finally passed Verstappen.

“We’ll look at everything in the next few days because we can’t let this sit. Decisions are being made that are incomprehensible,” he insisted.

“We just learned that Red Bull was allowed to replace parts on their rear wing for the third time in a row. I’m not complaining, but I have to clarify this issue with the FIA.

“It doesn’t help to do dirty laundry, but there is a limit somewhere.”

“Max’s defense was over the limit, and he deserved a penalty, but sweeping that under the rug is the tip of the iceberg. Just ridiculous,” Wolff raged.

Red Bull’s Marko hit back: “Toto likes to talk all day. But are we racing, or are we in kindergarten?”

The ‘race director’ referred to by Wolff, Michael Masi, defended the decision not to penalize Hamilton on the basis of what he calls the “let-them-race philosophy”.

“To be honest, I did think about the black and white flag for Verstappen but decided against it.”

Red Bull was also firing on all cylinders in Brazil, but it wasn’t their Honda engine power in the spotlight but rather Hamilton’s “breathtaking” speed with his newly-fitted power unit.

“From what I can remember, this has not happened with a Mercedes engine in recent years,” Dr Helmut Marko charged to the Austrian broadcaster ORF.

“It’s only Hamilton’s, because we are within range with the others. Mercedes has done a great job of getting that done at this stage of the season.”

The implication is that something dubious may be going on not only with the engine, but with a Mercedes rear wing that may be excessively flexing at speed.

“That the one (rear wing) controversy followed the other was pure coincidence,” Marko said.

“It looked like the others had one gear less than Hamilton. Mercedes has succeeded in creating a masterpiece with this rocket for the decisive phase,” he told Sky Deutschland.

“It’s puzzling at the moment, and we have called the Honda engineers to help. But we can’t compensate for it with the engine.

“If things continue like this, it won’t look so good for the world championship,” Marko admitted.