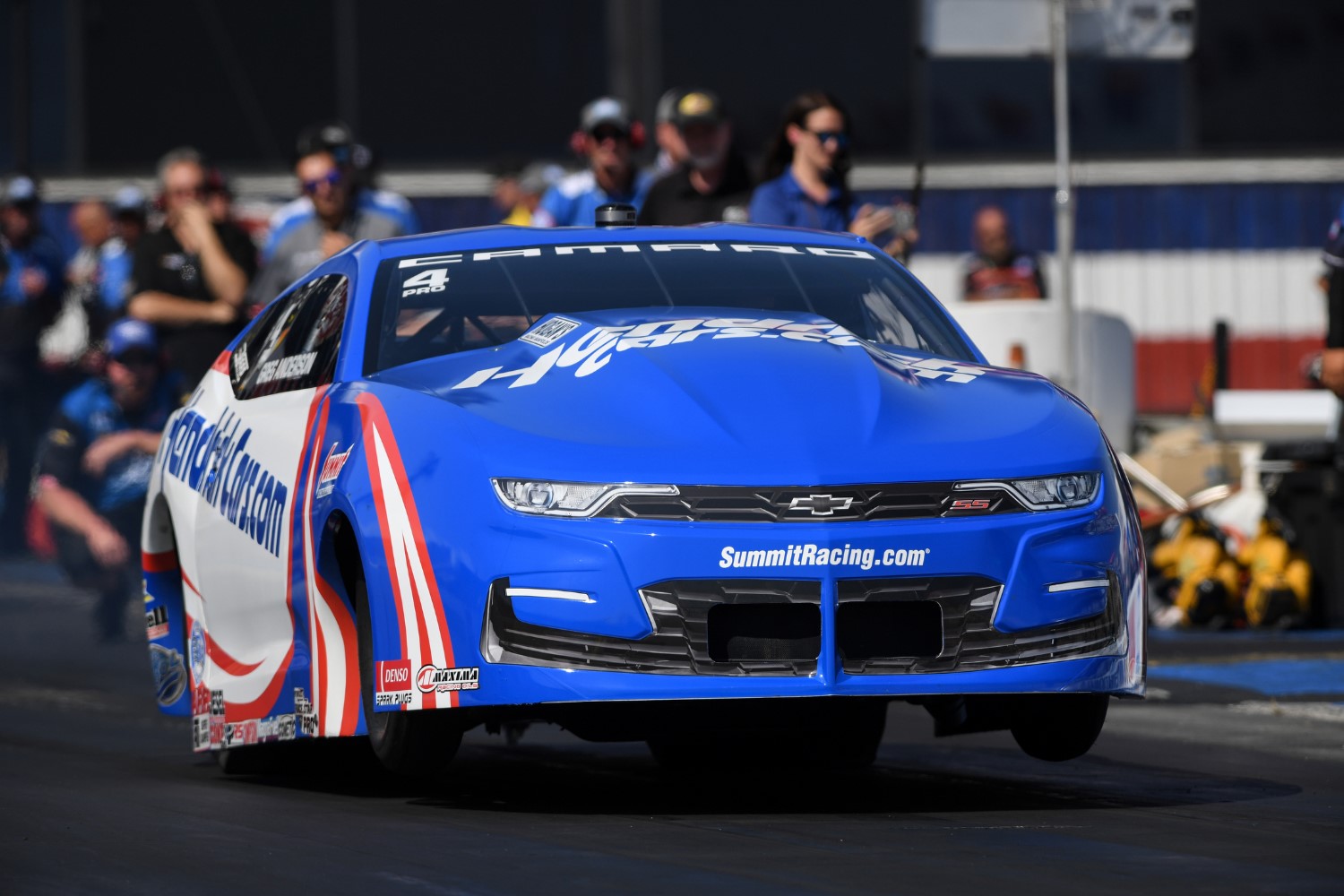 Chevrolet is the top manufacturer on the drag strip for a record-extending 26th time.

Chevrolet Racing won the National Hot Rod Association (NHRA) Camping World Drag Racing Series Manufacturers Cup for the fifth consecutive year and seventh time in the past 10 seasons. Chevrolet first earned the award in 1966, and no other manufacturer has won it more times. GM brands

Points accumulated by Chevrolet Camaro SS and Chevrolet COPO Camaro drivers in the professional and Sportsman classes were more than double the closest manufacturer.

“It’s an honor for Chevrolet to win the NHRA Manufacturers Cup for the 26th time. This award is a testament to the determination and perseverance of the Chevrolet owners, drivers and teams in the professional categories and the Sportsman classes who contributed valuable manufacturer points this year,” said Jim Campbell, Chevrolet U.S. Vice President, Motorsports and Performance.

Greg Anderson recorded his fifth NHRA Pro Stock world championship — and first since 2010 — by driving the HendrickCars.com Chevrolet Camaro SS to five victories and 12 No. 1 qualifiers in the 17 races. At Dallas in October, Anderson passed his mentor, Warren Johnson, to become Pro Stock’s career leader. With 99 wins, he is second to John Force’s 154 victories on the all-time NHRA list.

The Top Fuel class does not contribute points to the Manufacturers Cup standings, but Brittany Force produced multiple highlights during the season in her Chevrolet dragster. Force, the 2017 Top Fuel champion, placed second in the standings. She recorded 12 No. 1 qualifiers and a victory at Topeka, Kansas.