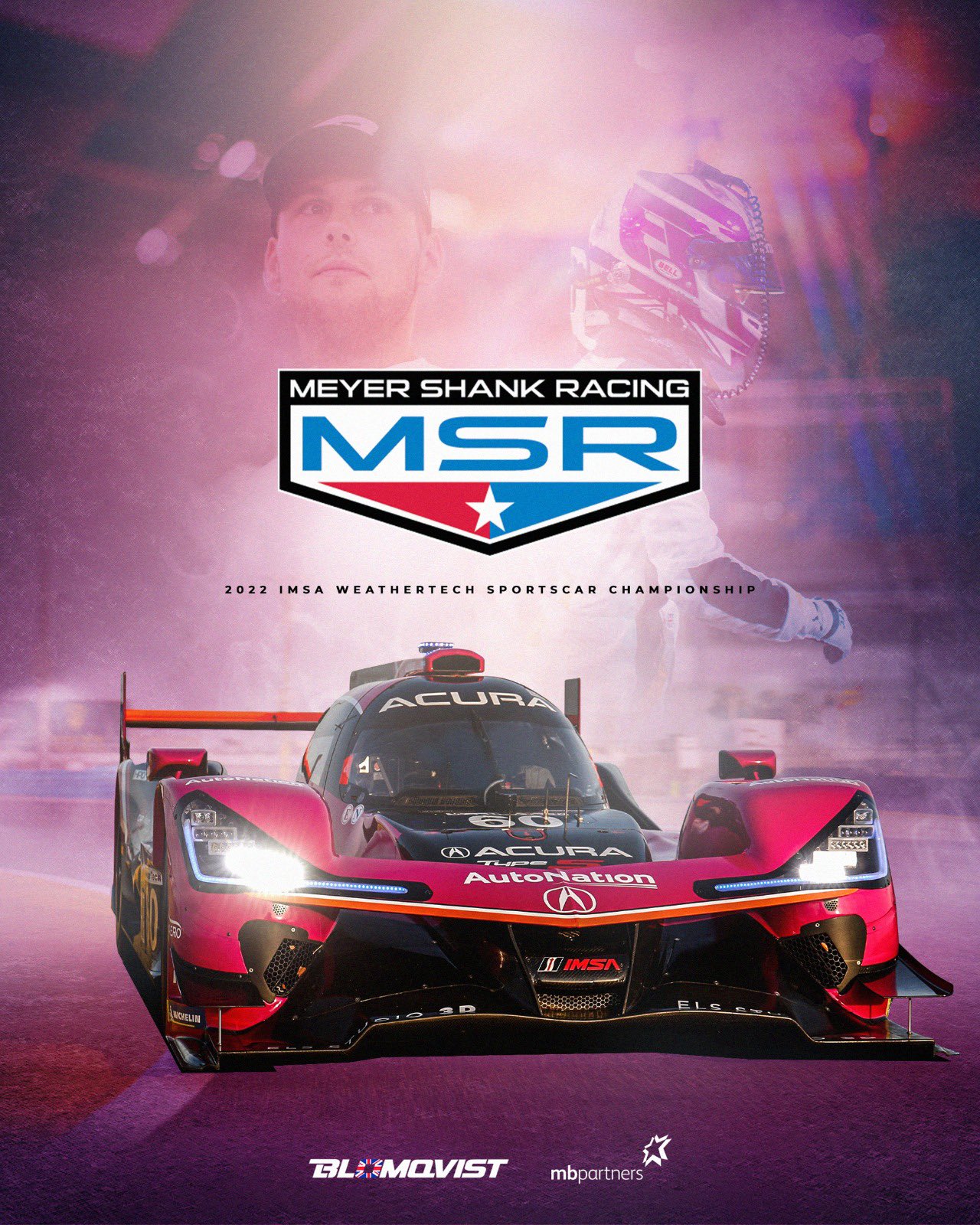 Blomqvist, who most recently finished second in the 2021 FIA World Endurance Championship (WEC) in the LMP2 class will be taking on the MSR Acura DPi for the first time next season.

Starting his racing career in open-wheel competition, Blomqvist made the move to sports cars in 2015 competing in DTM and scored his maiden victory at Oschersleben that same year. The UK born racer made his FIA WEC LMP2 debut in 2016 for the 24 hours of Shanghai which saw Blomqvist finish second. Blomqvist went on to score a win at the 24 Hours of Spa in 2018.

Just this past year Blomqvist has raced to eight podium finishes – including a second place LMP2 finish at the 24 Hours of Le Mans – as well as scoring two pole positions and two victories between his entries in the Asian Le Mans Series and WEC.

“I’m absolutely thrilled to be joining Meyer Shank Racing for the 2022 IMSA WeatherTech SportsCar Championship,” said Blomqvist. “MSR has proven itself as one of the top race teams in the US, and in the Acura DPi I’m fully confident that we have a fantastic foundation for success next year.

“I have previous experience of racing in the States from 2019, and in prototypes from this year in the WEC, so I’m hoping to utilize that experience so we can hit the ground running next year!”

Meyer Shank Racing will debut it’s full-season lineup of Jarvis and Blomqvist starting with the Rolex 24 Hours At Daytona in January.