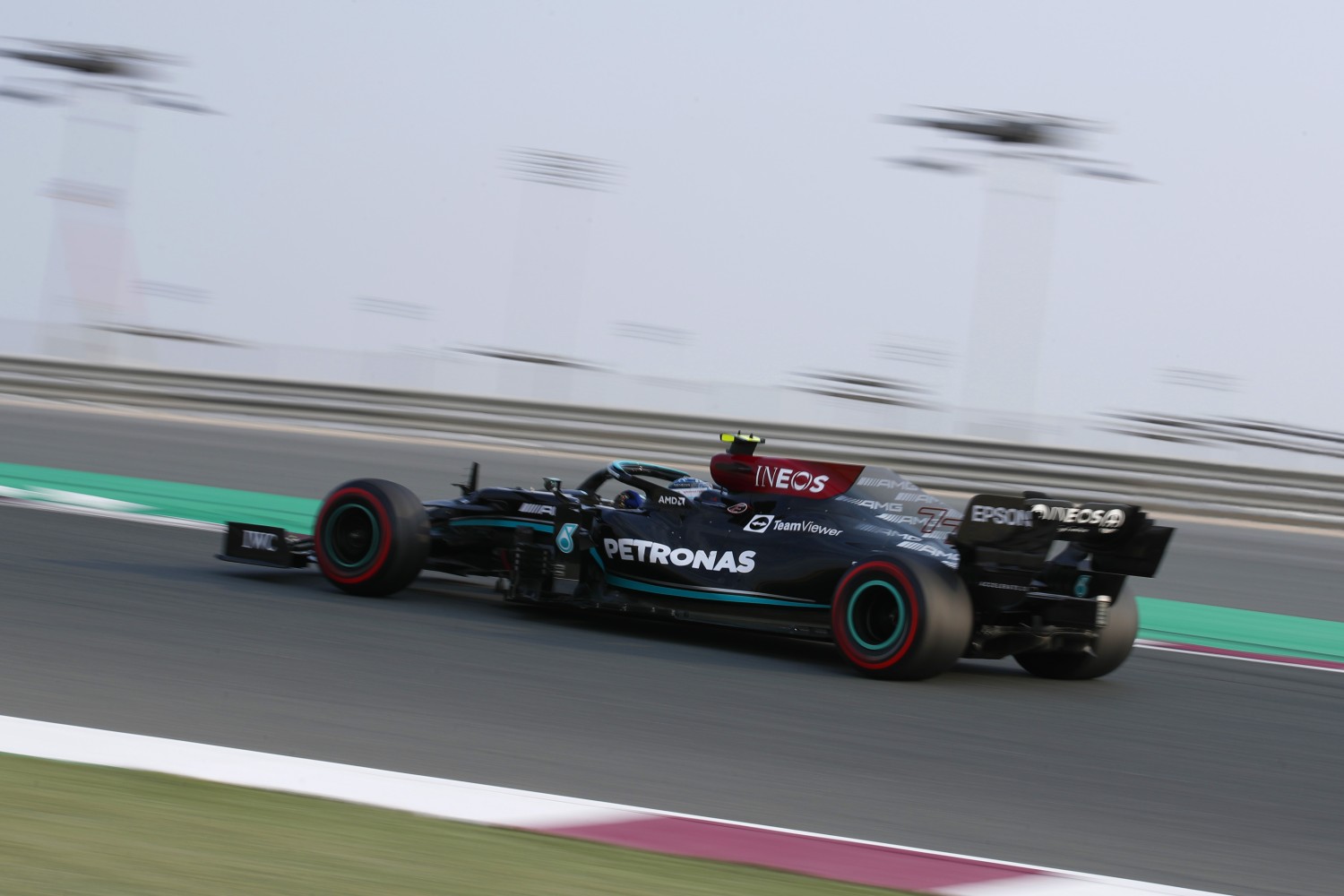 But does it really matter?  Of course not.  Lewis Hamilton’s car is so much faster, almost 0.5s per lap, he was going to win going away in the race anyway.

The race is now a foregone conclusion.

Valtteri will report to the Stewards ahead of the race for allegedly not respecting a single waved yellow flags during Qualifying for the Qatar GP Saturday.

In addition, Max Verstappen has been called to the stewards Sunday morning for allegedly not respecting double waved yellow flags at the end of qualifying.

An interesting comment was made by Sebastian Vettel after qualifying.  He did slow for the yellows, but said the yellow was probably withdrawn because Max was coming.

Verstappen’s hearing with the stewards will take place at 1pm local time (10am GMT) tomorrow – four hours before the start of the Qatar GP. 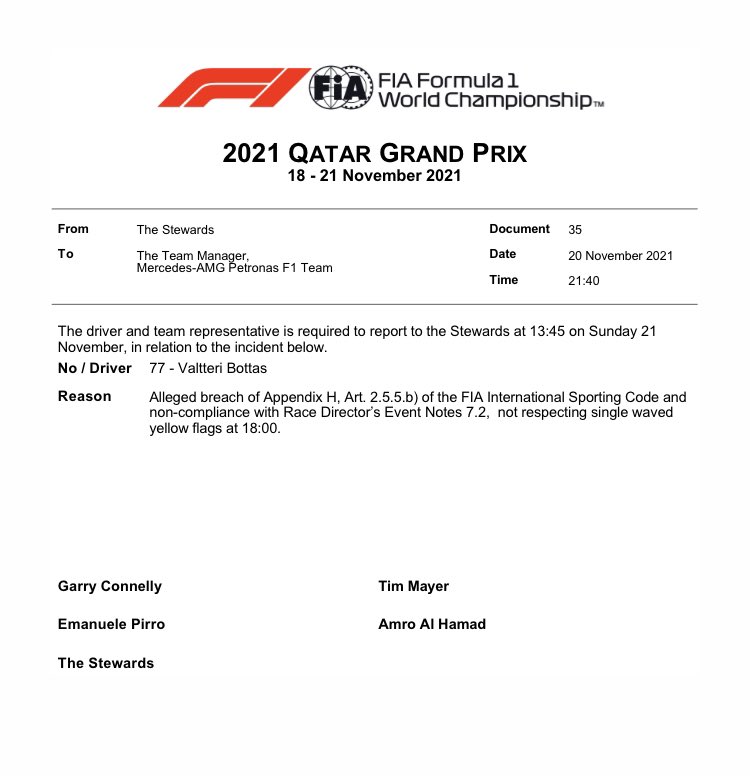