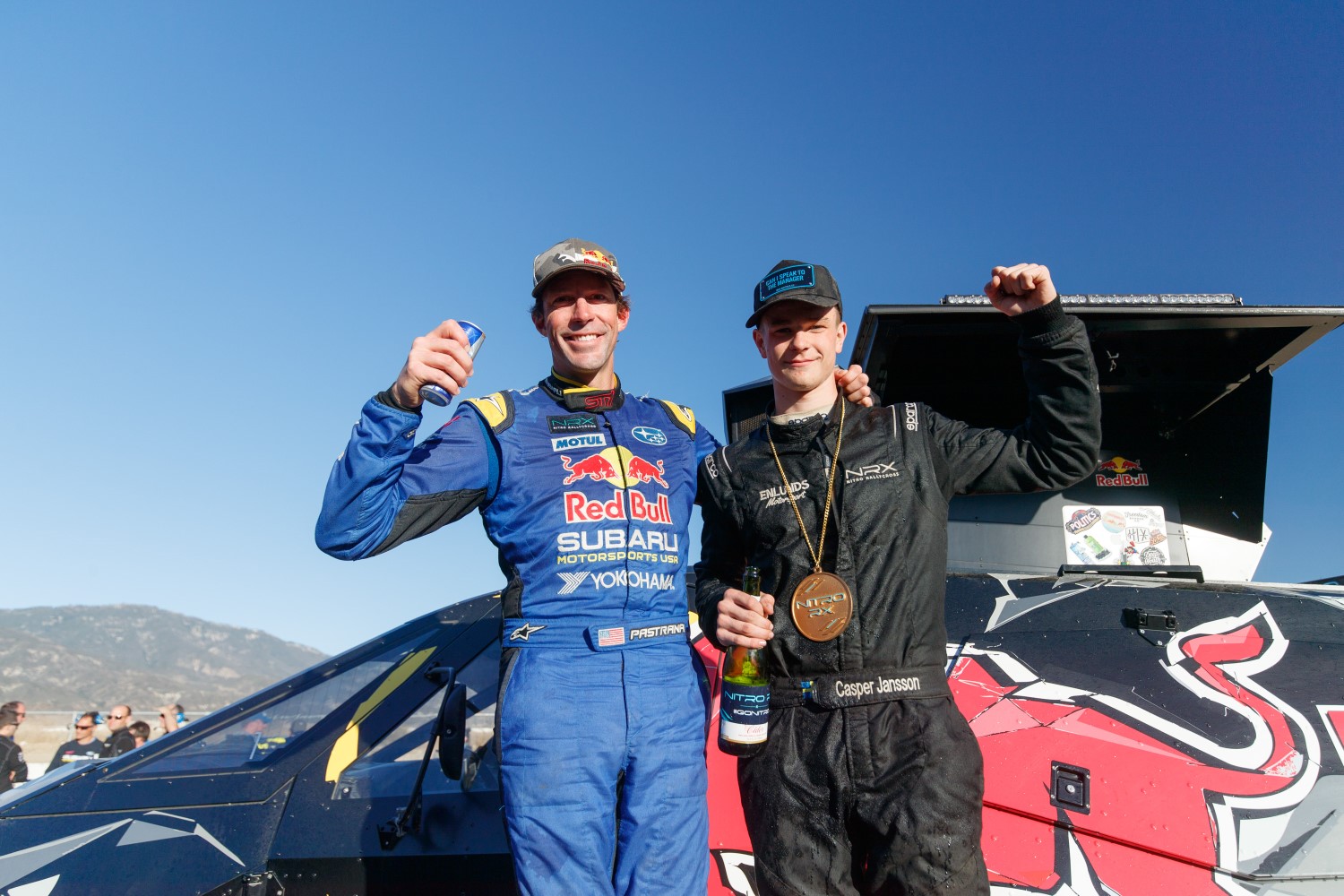 Travis Pastrana (USA) repeated his Supercar victory at the Southern California stop of Nitro Rallycross’ 2021 championship series. After raising the first-place trophy in Phoenix last weekend, Pastrana triumphed again at Glen Helen Raceway on Sunday, leading a podium sweep with his Subaru Motorsports USA teammates Scott Speed (USA) and Andreas Bakkerud (NOR). Pastrana’s win shakes up the Nitro RX Championship standings, with Speed and Timmy Hansen (SWE) now aiming to catch him with only one more round left. 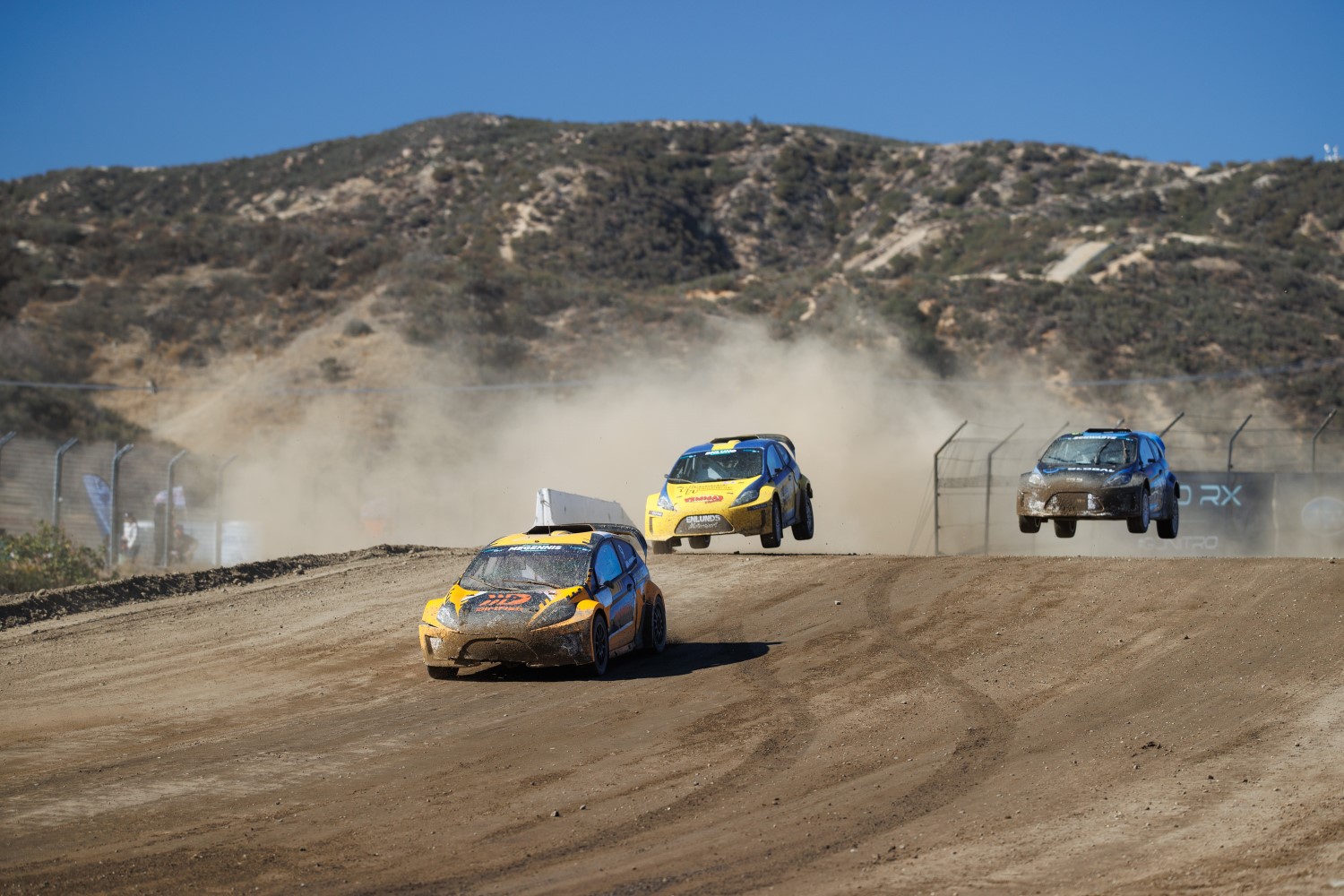 Pastrana and Speed wasted no time getting down to business, winning their first heats of the day to secure their slots in the final. Bakkerud then punched his ticket in the semifinal round, beating out Tanner Foust (USA) and Kevin Hansen (SWE) to advance.

In the final, Pastrana quickly shot off the starting line to take the inside line and grab the lead. Pastrana, Speed and Bakkerud then held off strong challenges from Kevin Eriksson (SWE), Timmy Hansen and Steve Arpin (CAN) to score the Subaru podium lockout. 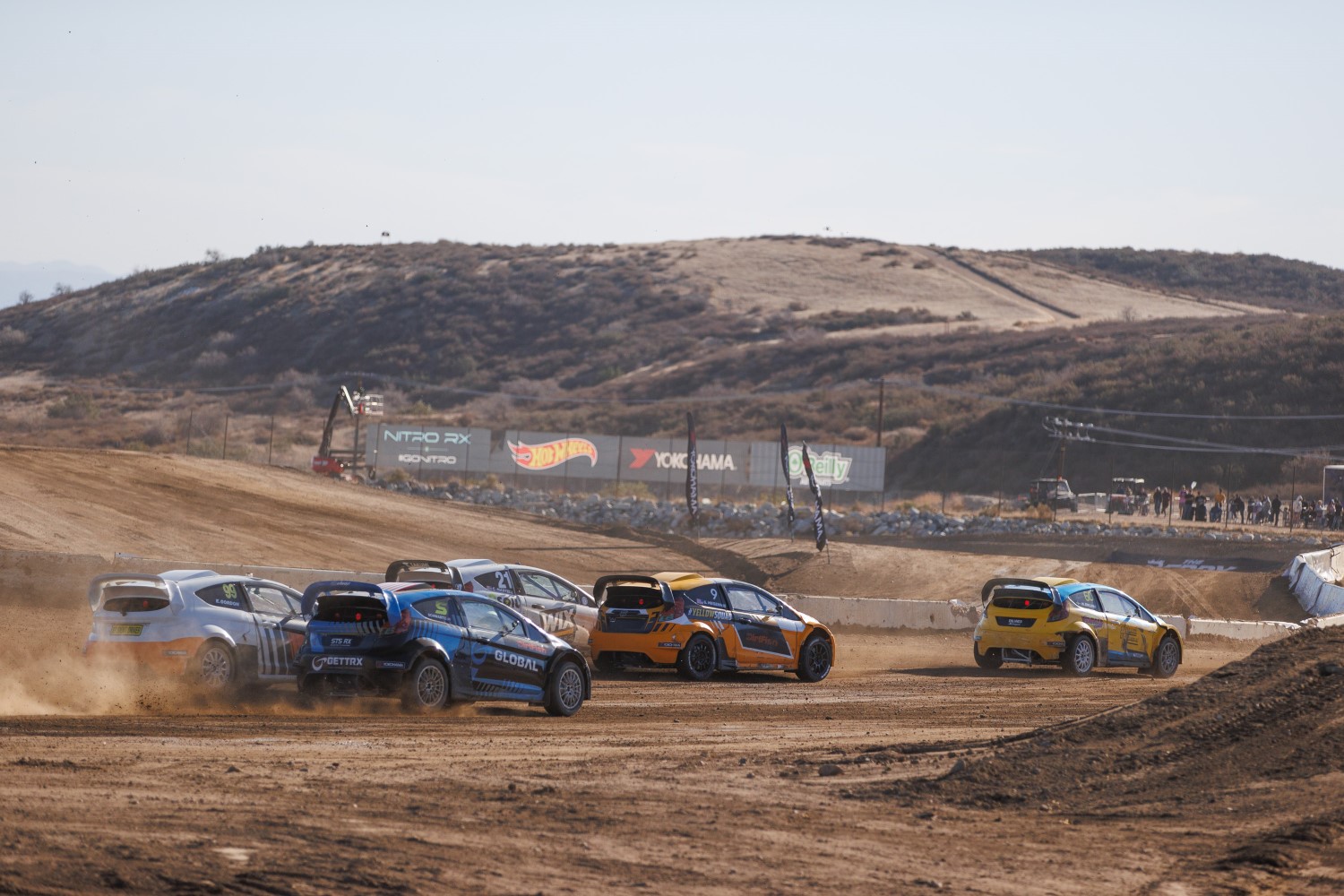 For Pastrana, not only was taking the win at Glen Helen special given his motocross history, it was also crucial for his Nitro RX Championship hopes. “This was a must-win for me. With so much tarmac in the last round, I had to win here. I’m just so proud of the team.” He also noted, “This may have been a pretty simple track for what we have planned for Nitro Rallycross, but it made for some awesome racing. I’m just so pumped to have won this!”

After high-fiving the throng of fans that had gathered at the track fence to celebrate his victory, Pastrana noted the bigger goals he has for Nitro RX. “At the end of the day, I want the best racing, I want the best drivers and I want the most competitive field. I appreciate all of the drivers for joining this. Aside from wanting to win, everyone’s been having a lot of fun and that has been awesome.”

After his back-to-back wins, Pastrana climbs into first place in the Nitro RX Championship standings. Speed also moves up into second. Timmy Hansen, who had held the series lead since the first round, remains in striking distance in third while his brother Kevin currently sits just outside the podium in fourth. With just one more round to go, the pressure is on to score valuable series points.

In the final of the NRX Next developmental class, Casper Jansson (SWE) doubled down as well, taking the checkered flag in back-to-back finals. It also marks his third win, overall. Sage Karam (USA) finished in second place, reaching the top three for the sixth time, while Martin Enlund (SWE) returned to the podium for the first time since round two in Minneapolis.

Jansson’s big weekend now puts him in first place in the NRX Next Championship standings, with Enlund and Karam currently in second and third.

The battle for the inaugural Nitro RX championship now comes down to the final round December 4 and 5 at North Florida’s The FIRM. Florida International Rally and Motorsports park is a multi-faceted motorsports facility, one of the most unique and diverse in North America. Now it will host Nitro RX’s world class driver field as they take on its latest revolutionary course.