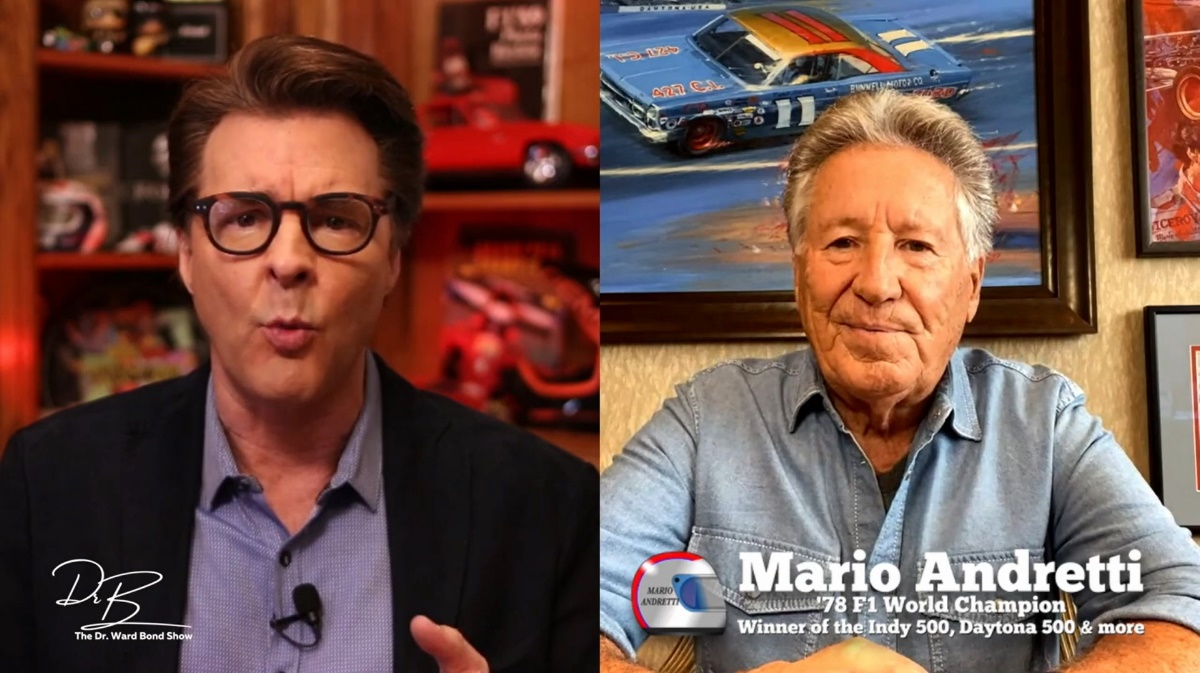 An interview by Dr. Ward Bond, that includes a question about Mario’s son Michael buying a F1 team.

Mario Andretti is an auto racing icon, considered by many to be the greatest all-around race car driver in the history of motorsports.

Mario Andretti’s achievements are legendary:  The world watched as he won the Daytona 500, the Indianapolis 500 as well as 4 IndyCar titles and ultimately the Formula One World Championship in 1978, an unprecedented trifecta. No other race car driver has ever won all three titles. Mario took the checkered flag 111 times during his career – a career that stretched five decades and across six continents.