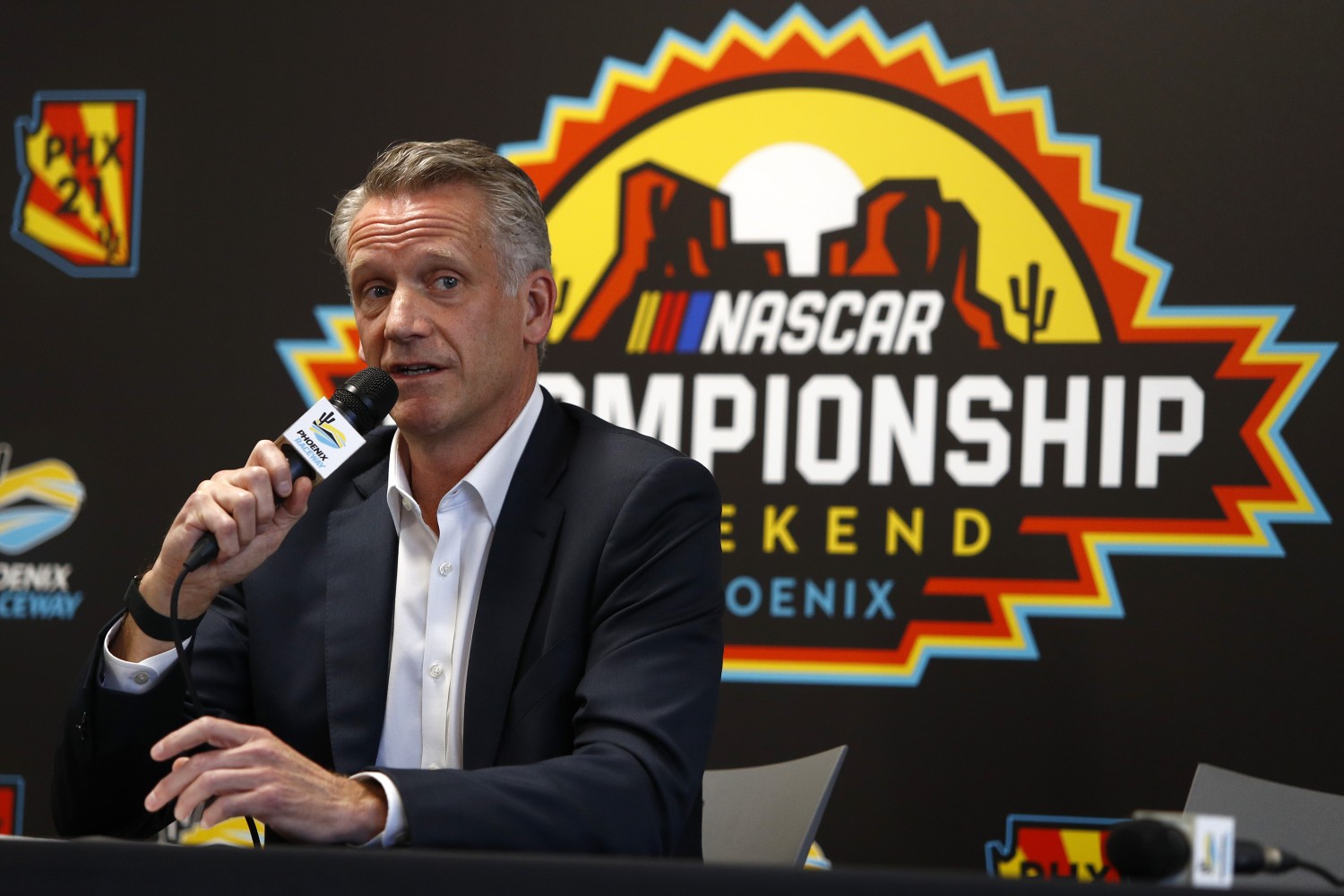 In the Cup Series garage, Steve Phelps heard rumors of mistrust and confusion over a possible transition from racing vehicles to NextGen cars next season. Phelps has found a way of calming the temperatures by opening up better lines of communication with more openness between all parties involved!

The move to improve the Next-Gen car is going to be welcomed by NASCAR fans. While NASCAR betting fans will be happy to check the William Hill Promo Code available for Canadian sports fans. As a NASCAR fan, you will be able to find some of the best offers on site.

Now, as one of the most prominent topics in discussion, Phelps addressed communication between the front office and members with a speech at Phoenix Raceway on Nov 5th. He said that it’s essential to work together as an industry.

Phelps heard about dissatisfied drivers. Now he wants to hear from them directly! He added that the drivers and sanctioning bodies were not speaking the same language in June, July, and early August.

“The Next Gen car has been a popular topic of discussion for drivers, as they have had an opportunity to sample it. I think most people are liking what they see so far – from a safety perspective.”

With the Next Gen still being phased in, many drivers have reported steering problems with their cars, making it difficult to control. These errors reappeared during last October’s NASCAR test at Charlotte Motor Speedway.

The mounting screws became a significant issue, and the sport’s officers at NASCAR have been working with engineers to find an answer. The problem lies in them bouncing outward as soon as they’re installed into place. This usually happens when drivers make sharp turns at high speeds or hit bumps along their path, making for an even more dangerous situation than before!

There were other complaints about the tight cab causing intense heat. This was noticed during Daytona International Speedway testing on 7-8th September.

NASCAR saw a need for better airflow and designed ventilated glass in the next test at Charlotte. The added vents should help drivers stay cool during races by letting fresh air circulate near their faces all around, rather than just getting pulled back into place from one side like before, where it was so hot.

To add to that, NASCAR is developing better suspension components that will ensure drivers’ safety on the track.

When Ryan Blaney survived the next-generation car test, he probably would have wanted to share his success with Phelps.

“I want to make sure we’re not cooking turkeys in this race car,” said Johnny Blaney. “We still need a little better cooling system so people don’t get too hot.”

This winter, Steve Phelps made it his goal to have better communication between employees, so he planned a series of meetings for the executives right after they returned from vacation.