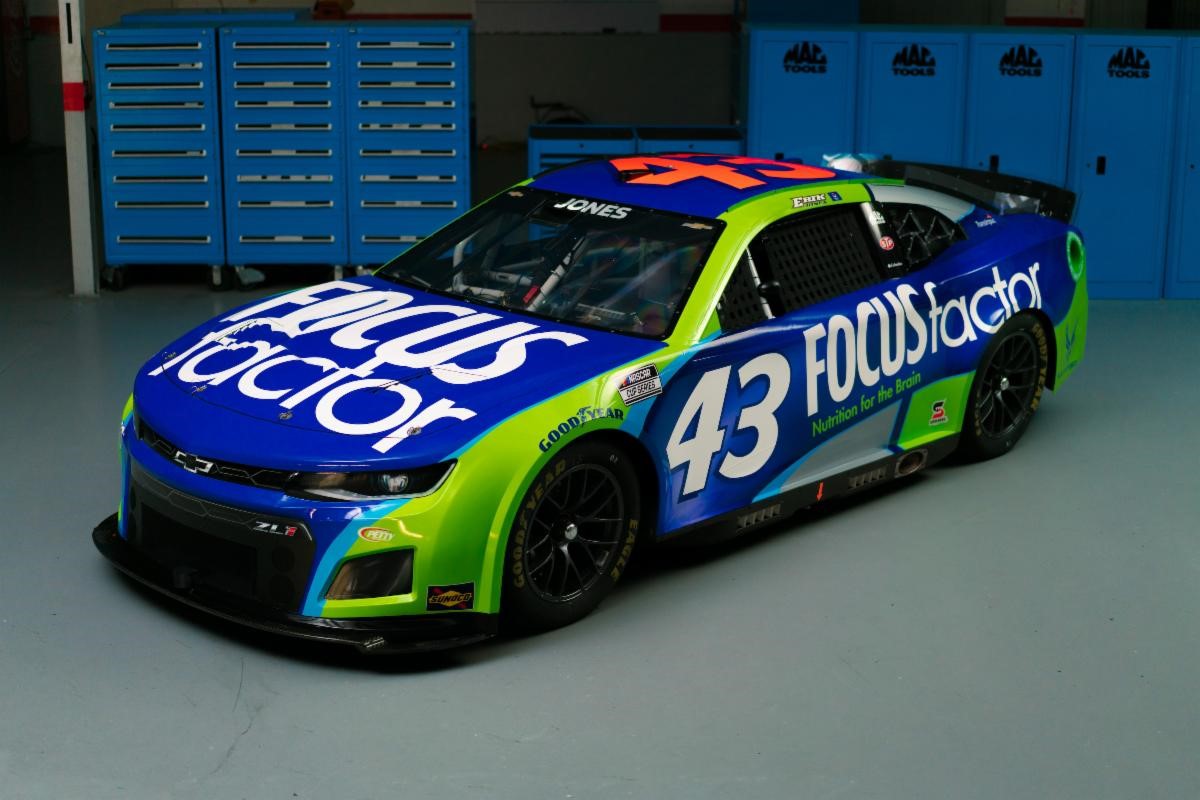 Richard Petty Motorsports (RPM) announced today a multi-year partnership with FOCUSfactor®, a brain health supplement leader for nearly 20 years. FOCUSfactor will be the primary partner of the No. 43 Next Gen Chevrolet Camaro ZL1, piloted by Erik Jones, for 26 events during the 2022 NASCAR Cup Series (NCS) campaign.

“NASCAR represents a very rich opportunity for FOCUSfactor,” Jack Ross, chairman and chief executive officer at Synergy CHC Corp., said. “To be partnered with Richard Petty Motorsports, and their rich history of excellence, is an amazing opportunity for the FOCUSfactor brand. Having Erik Jones, a proven NASCAR Cup Series winner, and one of NASCAR’s most talented young drivers, behind-the-wheel of our FOCUSfactor Next Gen Chevrolet Camaro ZL1 is something we are incredibly excited about.” 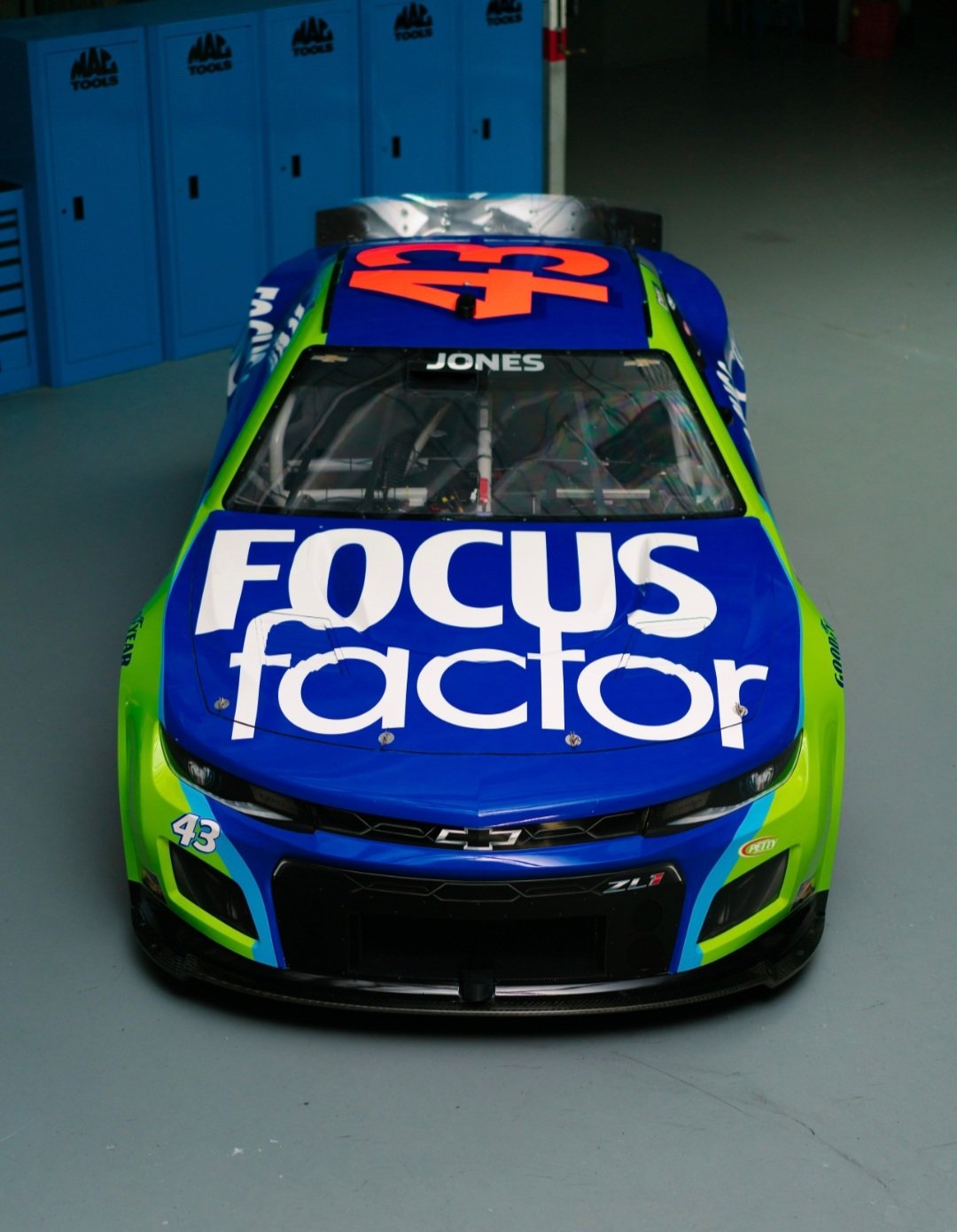 This is FOCUSfactor’s first partnership in NASCAR.

“We are looking forward to the 2022 season – part of that excitement is the rollout of the Next Gen car, but we are equally as excited to establish a new partnership with FOCUSfactor,” Brian Moffitt, chief executive officer at Richard Petty Motorsports, said. “We await the opportunity to assist FOCUSfactor in leveraging our partnership across NASCAR and within the retail segment.”

As part of the agreement, the No. 43 Next Gen Chevrolet Camaro ZL1 will carry the FOCUSfactor brand as the primary partner for 26 NASCAR Cup Series events including at The Clash at the Los Angeles Memorial Coliseum, DAYTONA 500 at the Daytona (Fla.) International Speedway, and the NASCAR All-Star Race at the Texas Motor Speedway. FOCUSfactor will also be prominently shown on Jones’ custom suit, on crew apparel and on the Richard Petty Motorsports pit box, and team transporter.

The partnership with Richard Petty Motorsports will commence at The Clash at the LA Coliseum on February 6, 2022.

“I am really happy to welcome FOCUSfactor as a partner with Richard Petty Motorsports,” Jones said. “With 26 races on board our Next Gen No. 43 Chevrolet Camaro ZL1, it will be great to get behind this program and learn more about how we can support each other. Our team has really gained momentum over the last month of this year’s 2021 NASCAR Cup Series season. We are even more focused on improving those finishes to start the new year strong, and with FOCUSfactor on board, we are guaranteed to be successful. It would be awesome to bring this new partner their first win – I cannot wait to get started with them.”

FOCUSfactor is sold at America’s leading retailers such as Costco, Wal-Mart, Walgreens, CVS, The Vitamin Shoppe and Amazon.com. FOCUSfactor, America’s leading brain health supplement, is a nutritional supplement that includes a proprietary blend of brain supporting vitamins, minerals, antioxidants and other nutrients. In December 2012, the United States Patent and Trademark Office issued US Patent 8,329,227 covering FOCUSfactor’s proprietary formulation “for enhanced mental function”. The issuance of the patent marked one of the few times a patent has been issued for a nationally branded nutritional supplement. FOCUSfactor is clinically tested with results demonstrating improvements in focus, concentration and memory in healthy adults. More information on FOCUSfactor can be found at https://www.focusfactor.com/ or visit their Instagram page.