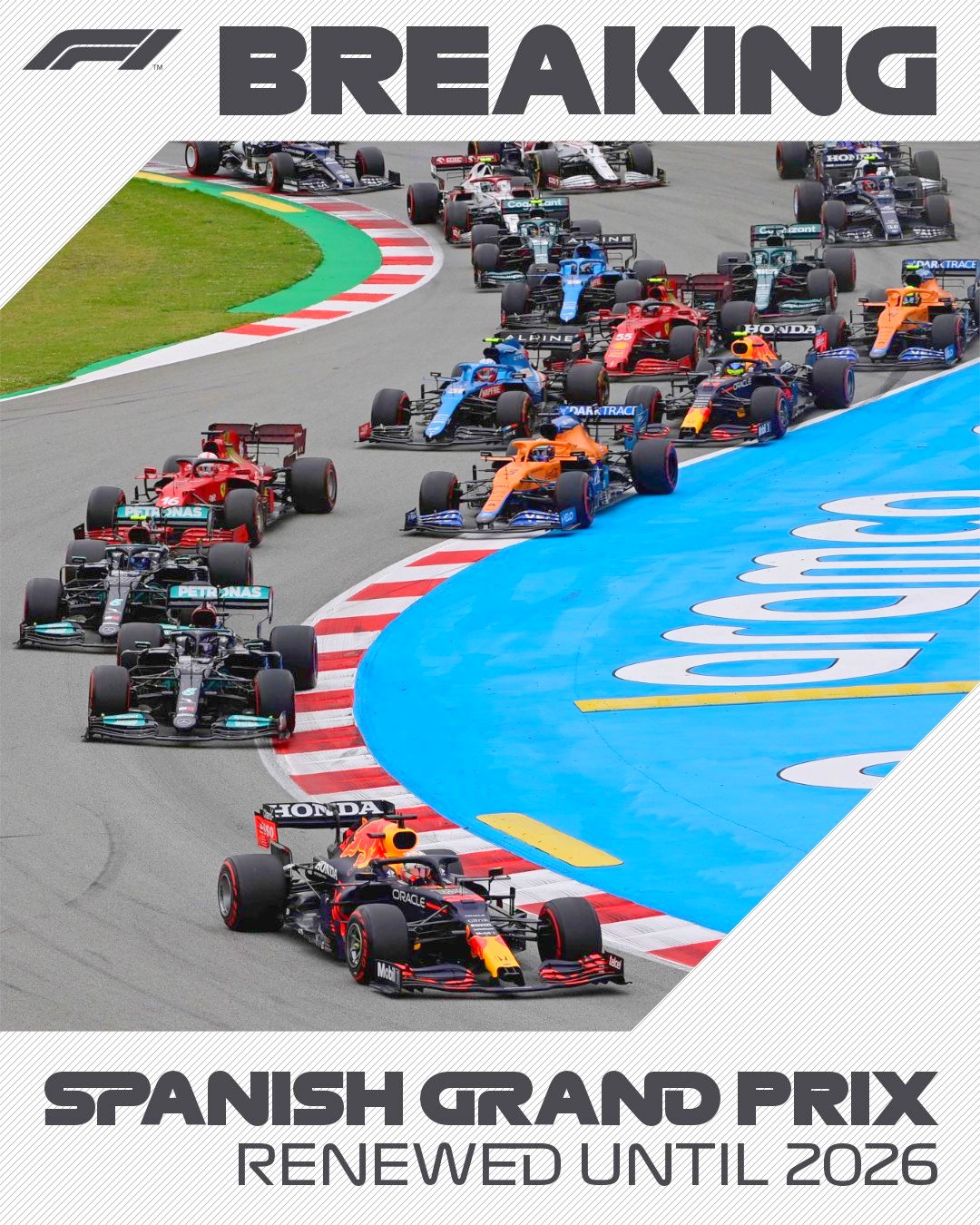 Formula 1 has renewed its deal with Circuit de Barcelona-Catalunya, in a move that will keep the Spanish Grand Prix at the track until 2026.

As part of the deal, improvements to the track and facilities – first used by Formula 1 in 1991, ahead of the 1992 Summer Olympics in Barcelona – will be made ahead of the 2022 race, set to take place on May 22. Part of those upgrades will contribute to the circuit’s ambitious sustainability plans.

Speaking of the contract renewal for the track where Lewis Hamilton won a thrilling battle with Max Verstappen earlier this year, F1 President and CEO Stefano Domenicali said: “We are delighted to announce this deal with Circuit de Barcelona-Catalunya.

“I want to thank the promoter and the authorities for their enthusiasm and commitment to keeping Formula 1 in Barcelona, with improvements that will be made to the track and facilities, and continuing our long history together.

“The teams and drivers always look forward to racing at the circuit and visiting Barcelona, and the Spanish fans will continue to see their national heroes, Fernando Alonso and Carlos Sainz up close.”

(GMM) Barcelona has taken one more step towards securing a new deal to keep hosting the Spanish GP.

Last month, Formula 1 unveiled its calendar for 2022 showing the Circuit de Catalunya as only having a race date that is “subject to contract”.

Spanish media, including El Mundo Deportivo, now report that the local Catalan government has “authorized the renewal with Formula 1 and MotoGP until 2026”.

Catalan executive spokesperson Patricia Plaja confirmed that the 2022-2026 deals represent a “transition period towards a more sustainable model for the region”.

According to Plaja, the contracts will be linked to a rethink of circuit infrastructure, adapting it to the “new values and principles of mobility for the 21st century”.