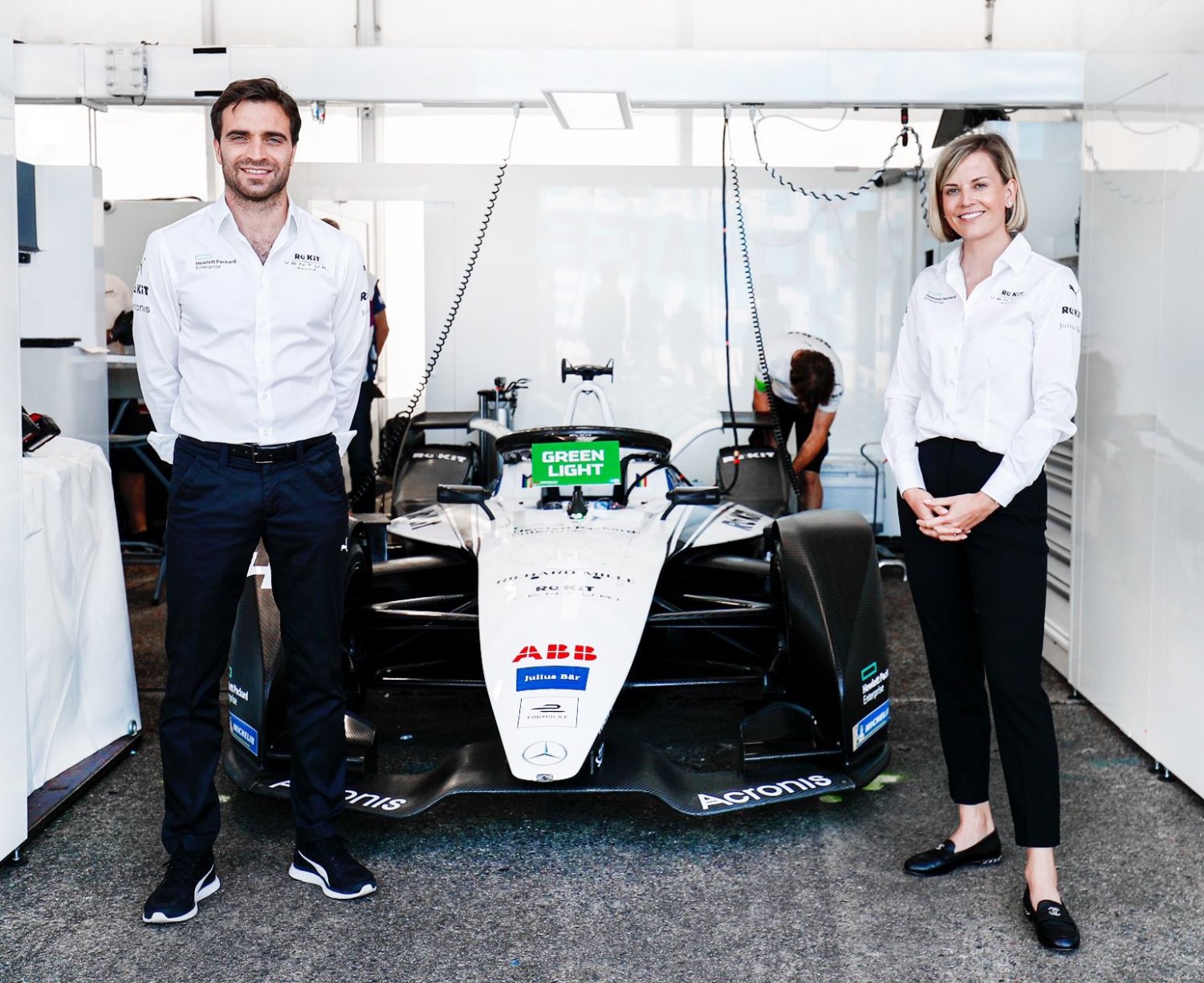 ROKiT Venturi Racing is pleased to announce the promotion of Susie Wolff to the role of Chief Executive Officer with Jérôme D’Ambrosio taking on the role of Team Principal ahead of Season 8 of the FIA Formula E World Championship.

Since joining the team in July 2018, Susie has transformed the Monegasque marque both culturally and commercially by championing diversity and inclusion. With the addition of new ownership in December 2020 lead by Chairman, Scott Swid, the new management team set about redefining the business to create a financially viable racing team.

During Susie’s time as Team Principal, ROKiT Venturi Racing enjoyed its most successful season to date in Season 7 with two victories, five podiums and one vice-World Championship title alongside commercial milestones including the appointment of its very first Title Partner, ROKiT, in 2019 and the successful powertrain partnership with Mercedes-Benz.

Following a three-season tenure in this role, Susie’s progression to the position of CEO marks a natural evolution. After taking on the role of Deputy Team Principal in 2020 and working closely alongside Susie in Season 7, Jérôme is prepared to take on the task ahead.

As one of only four drivers to contest every Formula E race from Seasons 1-6, and having already made his mark in his first year of team management, Jérôme will draw on his wealth of motorsport experience to lead ROKiT Venturi Racing and continue to build on the success of Season 7.

“After serving as Team Principal for the past three years, the timing feels right for this change. Since taking on this role in 2018, I have experienced a great sense of pride and achievement from how we have gone from strength to strength as an organization. Since joining the team last year, Jérôme has made a positive impact and I know that I’m leaving the team operations in very capable hands as Formula E advances towards its third generation of competition in Season 9.”

“I’m grateful to the team for entrusting me with this opportunity. As Susie’s successor as Team Principal, I know that I have big shoes to fill, and I’m someone who has always relished a new challenge. Over the past 12 months, I have learned a lot from Susie, and I believe that together, we will continue to make an incredibly strong team. This team dynamic resulted in us achieving our most successful campaign to date, which is a fantastic foundation to build upon for the future. With Edo and Lucas in the car next season, and after our form from Season 7, the whole team is feeling positive and very motivated to get back out on track, working together towards another successful Championship.”