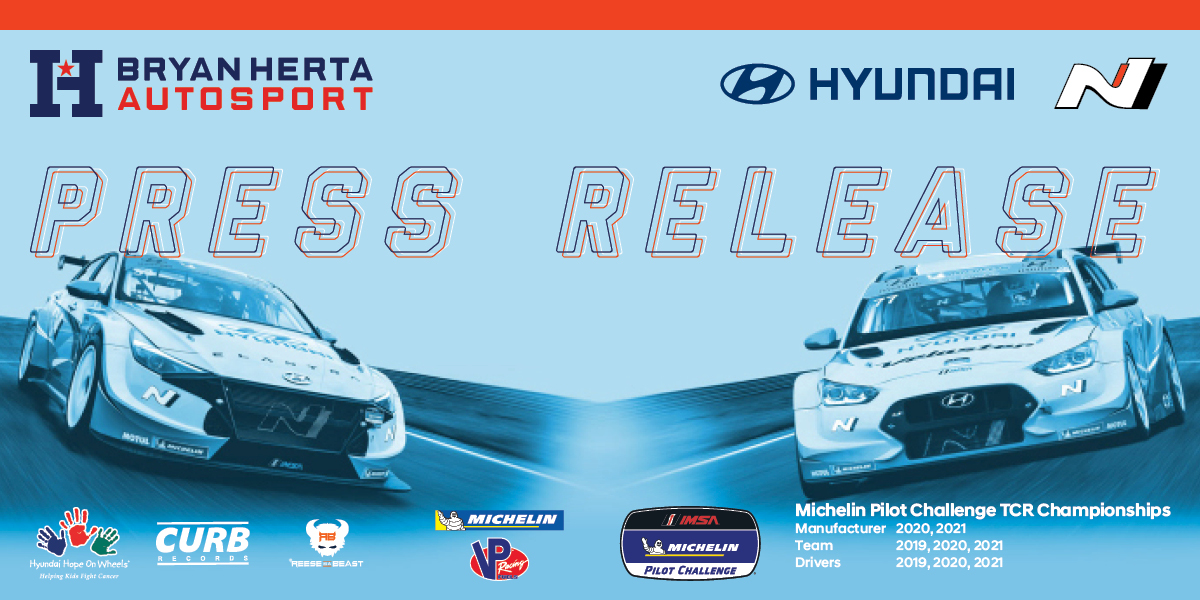 “Hyundai asked us to look for new opportunities within motorsports that would expand Hyundai’s footprint in the sport,” said Bryan Herta, president, BHA. “Hyundai wanted to create another option for drivers and teams looking to compete in one of Hyundai’s TCA or TCR race cars. By adding an all-female driving lineup in our TCR entry and a foursome of up-and-coming talents for our Veloster TCA car, Hyundai has again led the way in innovation in our sport. The unique liveries designed by local Austin artists will set the cars apart on track and create another great element to this event.”

Emily Eisenhart, a multidisciplinary artist, and designer based in Austin, Texas created a livery reflecting the journeys of the four female racers driving the Veloster N TCR GTO entry. Vy Ngo is an Austin based visual artist and physician.

“Titled ‘Connection Redefined,’ this design depicts how the #98 Hyundai Veloster N TCA GP2 team of drivers defies the odds, thinks outside the box, lives vibrantly through their passions while creating new ways of thinking, living, and connecting with others,” said Vy Ngo.

The season finale features two eight-hour races, one on Saturday, Dec. 4 and another on Sunday, Dec. 5. The WRL races are split into four diverse categories that are separated by power-to-weight splits. These classes are divided further into GP (General Production) and GTO (Grand Touring Open) classes. Live timing and results are available on the World Racing League App.