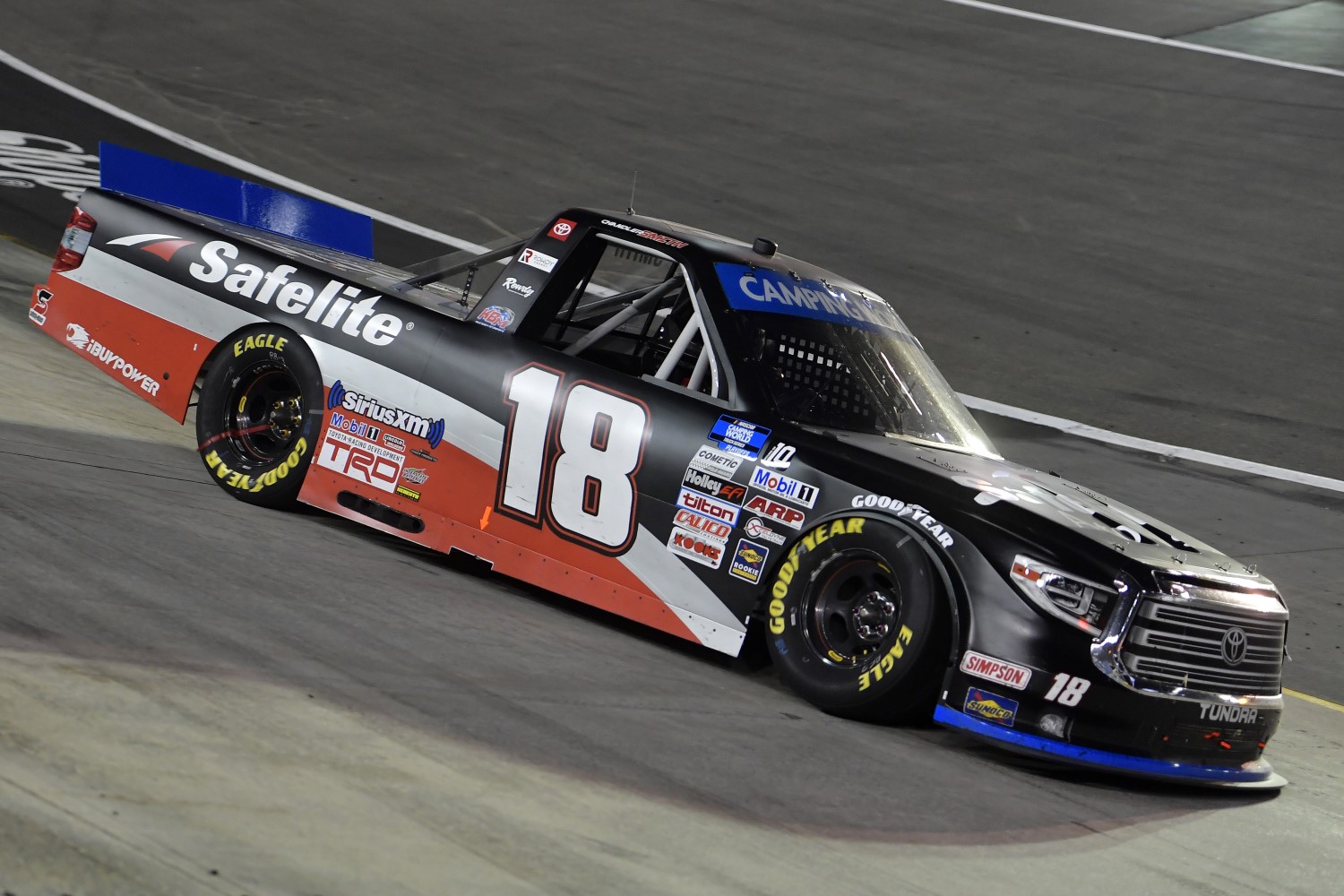 Kyle Busch Motorsports (KBM) announced that Chandler Smith will return to drive the organization’s No. 18 Tundra in the NASCAR Camping World Truck Series full time in 2022. Safelite AutoGlass, the nation’s largest provider of vehicle glass repair, replacement and recalibration services, returns to KBM for a fifth season and will be the primary sponsor on Smith’s Tundra for 15 races. Veteran crew chief Danny Stockman will once again be atop the pit box for the No. 18 team in 2022.

Tate Fogleman, 21, moves from Young’s Motorsports to On Point Motorsports.

Zane Smith will join Front Row Motorsports to run the No. 38 Ford in the Truck. In Smith, Front Row adds a driver that has made two straight Championship 4 appearances (the only driver to do that over that span) and one that has been the runner-up finisher in the standings in each of the last two seasons. In two seasons with GMS Racing, the 22-year-old nabbed three wins in the series.

“I competed against Front Row for wins this past season and I know how competitive the team is,” Smith said. “Bob Jenkins has given me a wonderful opportunity to race for the Truck Series championship again. More importantly, there is an opportunity to grow with them in the future.”