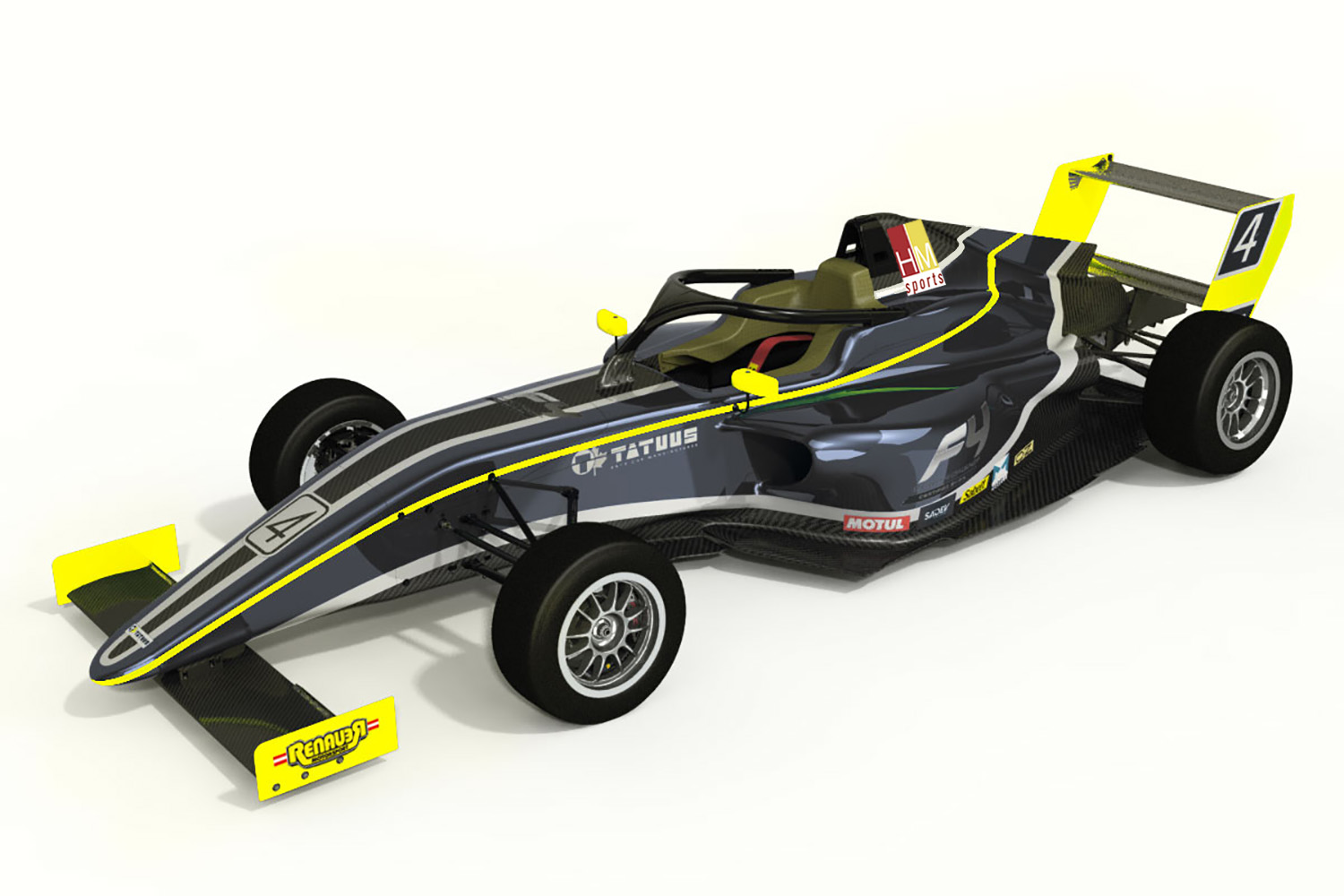 A new Formula 4 championship for Central and Eastern Europe starts next season. In contrast to the established championships, the driver budgets are much lower, but the racing calendar is yet exciting, as series organizer Josef Krenek confirms

Mr Krenek, you are planning to launch a new Formula 4 racing series in 2022. What can we expect and what will it be called?

It will be an independent championship for Formula 4 cars, which is organized from the Czech Republic and supported by the popular ESET Cup, hence the name ACR Formula 4 powered by ESET. ACR stands for the Czech Automobile Club.

Is it a stand-alone championship or an “appendage” to an existing competition, such as the Drexler Formula Cup?

As already mentioned, it will be a stand-alone championship with brand new F4 cars. We have had a very long and successful collaboration with the Drexler Formula Cup. It is therefore also possible that we will compete in a common field with separate grids in the first season. Formula 4 vehicles are comparatively cheap, but they also must be paid for, new teams have to be formed, etc. We live in unpredictable COVID times, so many logistical matters, e.g., the delivery of the new cars in time, are always an issue. However, we think and plan long term. As soon as we have a grid of twelve or more cars, we will run our own races. With a little luck, this may already be the case at the season opener on the Hungaroring.

The top Eurpean F4 series are in Italy, Germany, Spain and Great Britain. Then there are France and Denmark. So, will your series cover Central and Eastern Europe?

The Czech Republic is a small country, with only two racetracks and a handful of racing drivers. The same applies to Slovakia, Hungary, Slovenia, Croatia, Poland or Austria. Therefore, we have been racing together for years on the same tracks and the same dates with uniform regulations that are anchored in the FIA CEZ (Central European Zone). We can thus be called a completely new series for Central and Eastern Europe, made up of several national championships.

You have also been managing the TCR Eastern Europe successfully. Will the new F4 championship start as part of the support races for these events?

Definitely! Five years ago, we understood that we needed a good value series to get a wide base. We have achieved that with the Twingo Cup, where grids of more than 30 vehicles are no exception. Next, we have the Renault Clio Cup Bohemia for more ambitious beginners, the TCR Eastern Europe, the ESET GT Cup with attractive GT and LMP racers, and now, to enable kart drivers to enter our racing platform, the ACR Formula 4.

In Formula 4, Tatuus or Mygale chassis and predominantly Abarth or Renault engines are being used. How will that be in your series?

We have opted for Tatuus chassis with Abarth engines, just like in Germany, Italy, or Spain. However, the previous T014 models can also be run, competing in a special category.

Will the vehicles be serviced and distributed centrally, or will there be different racing teams?

We are not planning a central operation, we’d rather see different racing teams, ideally from several different countries.

What about equality in the championship? Is there a central scrutineering?

Technical checks are a key factor and very important to us. Dataloggers have been compulsory in our GT3, GT4, and TCR series for years. We will do the same in ACR Formula 4. We have experienced technical and sporting commissioners who are an integral part of our series.

For which racing drivers is the series intended? How old do you have to be and what racing experience do you need?

All drivers with a racing license and at least 15 years of age can take part in the ACR Formula 4.

Is the season program already in place? If so, which circuits will you go to?

We are planning to host six events on six different circuits in six different countries. From our home base, the Slovakiaring, many interesting and safe racetracks are within a 500-kilometre radius.

For a racing season in the German or Italian Formula 4, a driver needs a budget of around EUR 250,000. Can you already say how much a season in ACR Formula 4 will cost?

We want to deliver a good value for money and are aware that raising budgets, particularly in these COVID hampered days, is hard. Thus, we have calculated the costs for an ACR Formula 4 season between EUR 50,000 and 100,000. We strive for good and affordable racing with great competition, fairness, and safety.