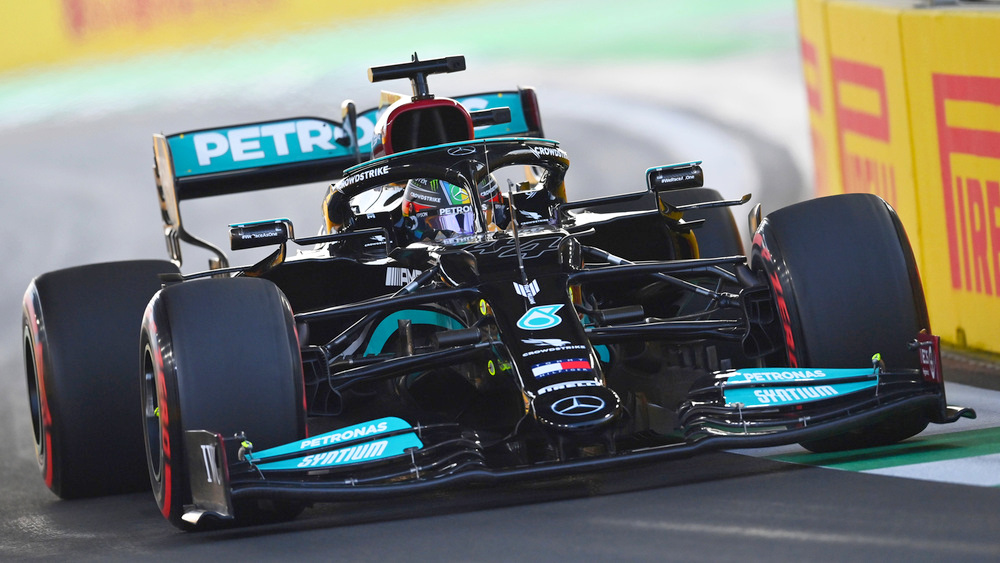 Lewis Hamilton used his ‘rocket’ Mercedes engine to turn a lap of 1m29.786s to lead his arch-rival in opening practice for the Saudi Arabian GP in Jeddah.

Max Verstappen was 2nd quick in his #33 Red Bull Honda 0.056s back.  The Dutchman improved on his very last effort there, on soft tires that were eight laps old. He got to within 0.056s of pace-setter Hamilton.

Verstappen impressed early on with his hard tire laps, but as the temperatures began to drop with the imminent sun set, it looked like Mercedes just had a little bit more pace – especially on the soft rubber.

Hamilton is still sandbagging, like he and his team always do in Practice 1 so just wait until they turn up the HP on the ”rocket’ engine.  Verstappen likely won’t have a chance.

Valtteri Bottas was 3rd quick, 0.223s behind his teammate.

Pierre Gasly was 4th quick for AlphaTauri, 0.477s back while Antonio Giovinazzi was an impressive 5th for Alfa Romeo, 0.532s back.

So Jeddah has seen its first running, and by and large the drivers behaved themselves out there. The track was dirty to start with but soon started to clean up, and everyone did well to keep out of the barriers.

Once again Sergio Perez struggled with respect to his teammate, winding a disappointing P11.