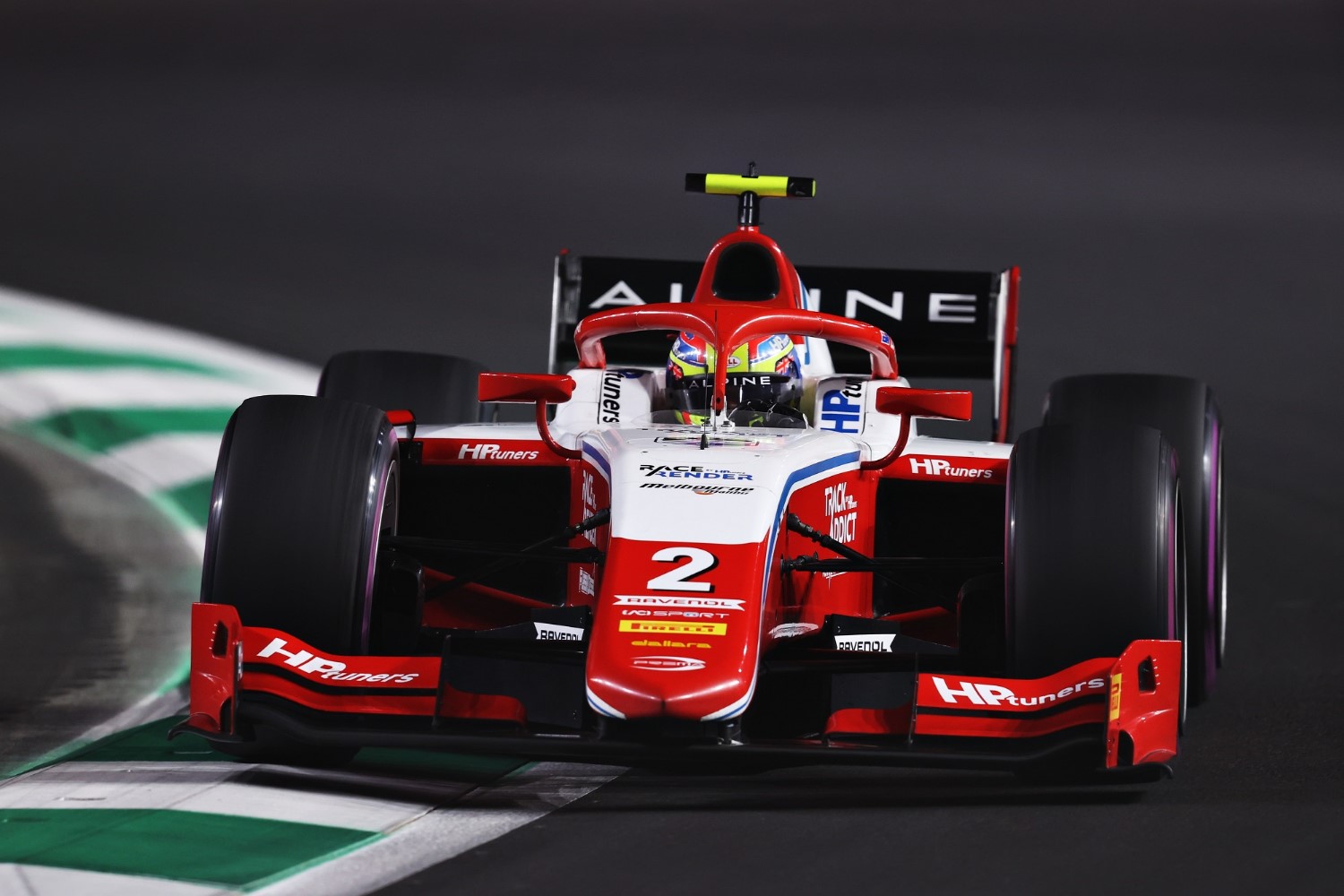 The field packed out the 6.174km track under the lights in Jeddah and once again it was Ralph Boschung who set the fastest of the opening laps with a 1:42.155.

But just like in Free Practice, he was usurped by Shwartzman, who broke the 1m 42s barrier to go first. His teammate Piastri dove beneath him for P2 shortly after.

Pourchaire attempted to wrestle the quickest time off Shwartzman and briefly nabbed first, but the Russian stole it back with another fastest lap, slicing the top time down to 1:41.355.

Zhou had been struggling down in ninth during the opening half of the session, but returned from the pits with fresh tires and leapt up to third on the first run of the second set.

There was plenty of time for another flyer, though, and by the end of the session, it was the familiar sight of Piastri at the top of the order, with the PREMA ace finding his feet to set a 1:40.878. His teammate Shwartzman ducked in below him for second as the only other driver to go under 1m 42s.

Pourchaire rounded out the top three but was just over three tenths off the quickest time. Below him, the Frenchman’s teammate Christian Lundgaard secured his best Qualifying position since the opening round of the season, nabbing fourth.

Felipe Drugovich beat his UNI-Virtuosi teammate Zhou to the final spot in the top five, with Boschung in sixth, ahead of Jüri Vips.

Liam Lawson will start on reverse grid pole ahead of Marcus Armstrong in Sprint Race 1, which will take place at 3.30pm local time.