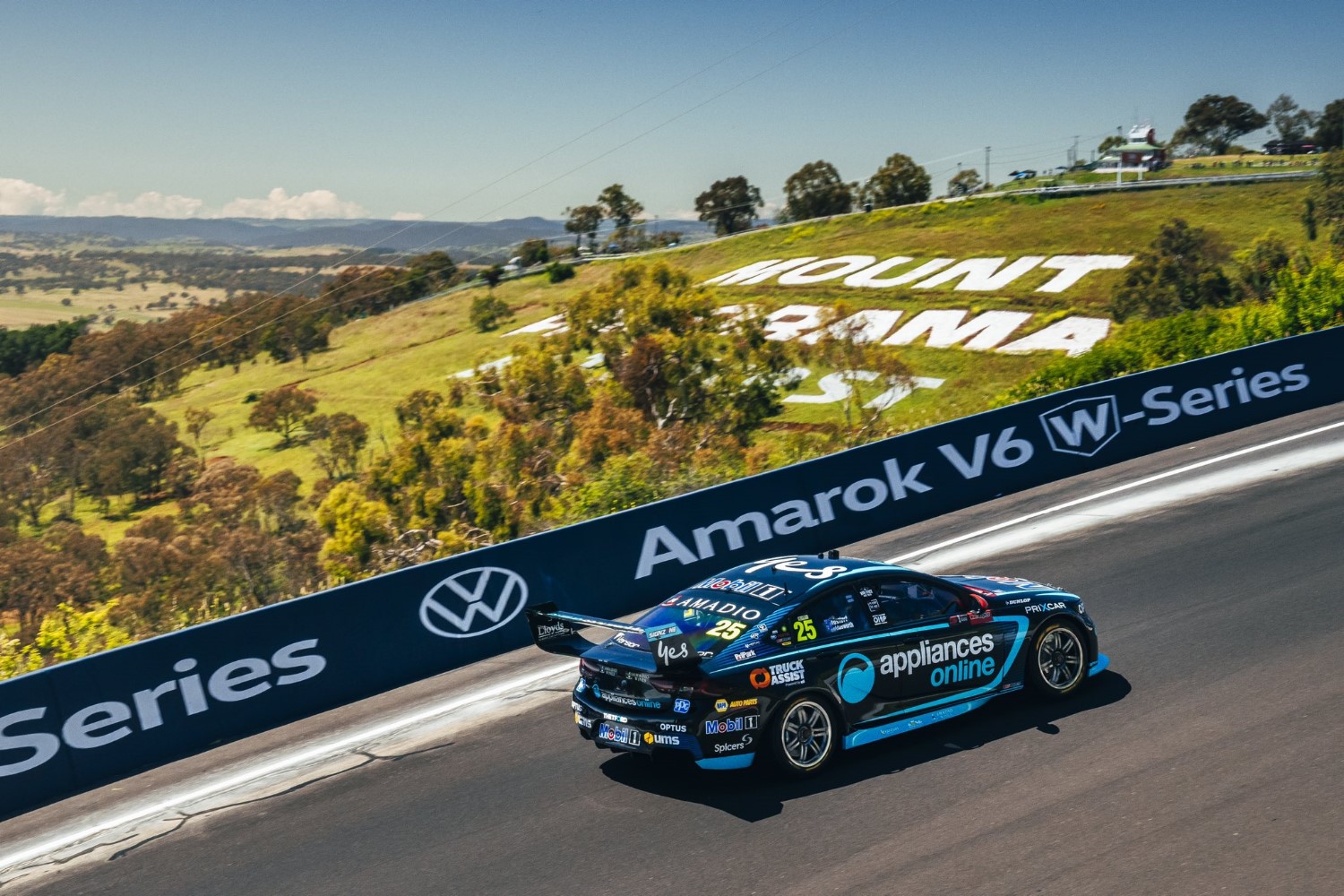 Chaz Mostert has written his name into the history books as the driver of the fastest ever lap in a Supercar around Mount Panorama.

The fan favorite Top Ten Shootout has a history of delivering huge moments and there was none bigger today than Mostert’s effort, which will go in the history books at 2m03m373.

Mostert, was the third last driver out in the ARMOR ALL Top Ten Shootout and put together something for the ages.

It marked Mostert’s second Great Race pole position and second of the 2021 season.

It was also the first Bathurst pole by a Walkinshaw car since Garth Tander in 2009 for the Holden Racing Team.

Mostert will share the front row with Shell V-Power Racing Team driver Anton De Pasquale, who was 0.289s behind while Cam Waters will start from third.

The other major story from the Shootout was Erebus’ rookies Brodie Kostecki and provisional pole sitter, Will Brown were being disqualified from Shootout results due to weight irregularities on both cars.

“I don’t have the words,” Mostert said.

“The car was just so enjoyable to drive, it’s been awesome all weekend.

“Just want to thank our whole team, Walkinshaw Andretti United, we did it really tough at [Sydney Motorsport Park] for four weeks there.

“To all our members and fans, it’s so good to have you back… I feel like that egged us on.”

There were four previous Great Race pole-sitters in the shootout, including the last two in Waters and Mostert.

Mostert will start the race with co-driver Lee Holdsworth as one of the firm favorites to be crowned the new Kings of the Mountain.

Mostert won the Great Race in 2014 from last position on the grid.