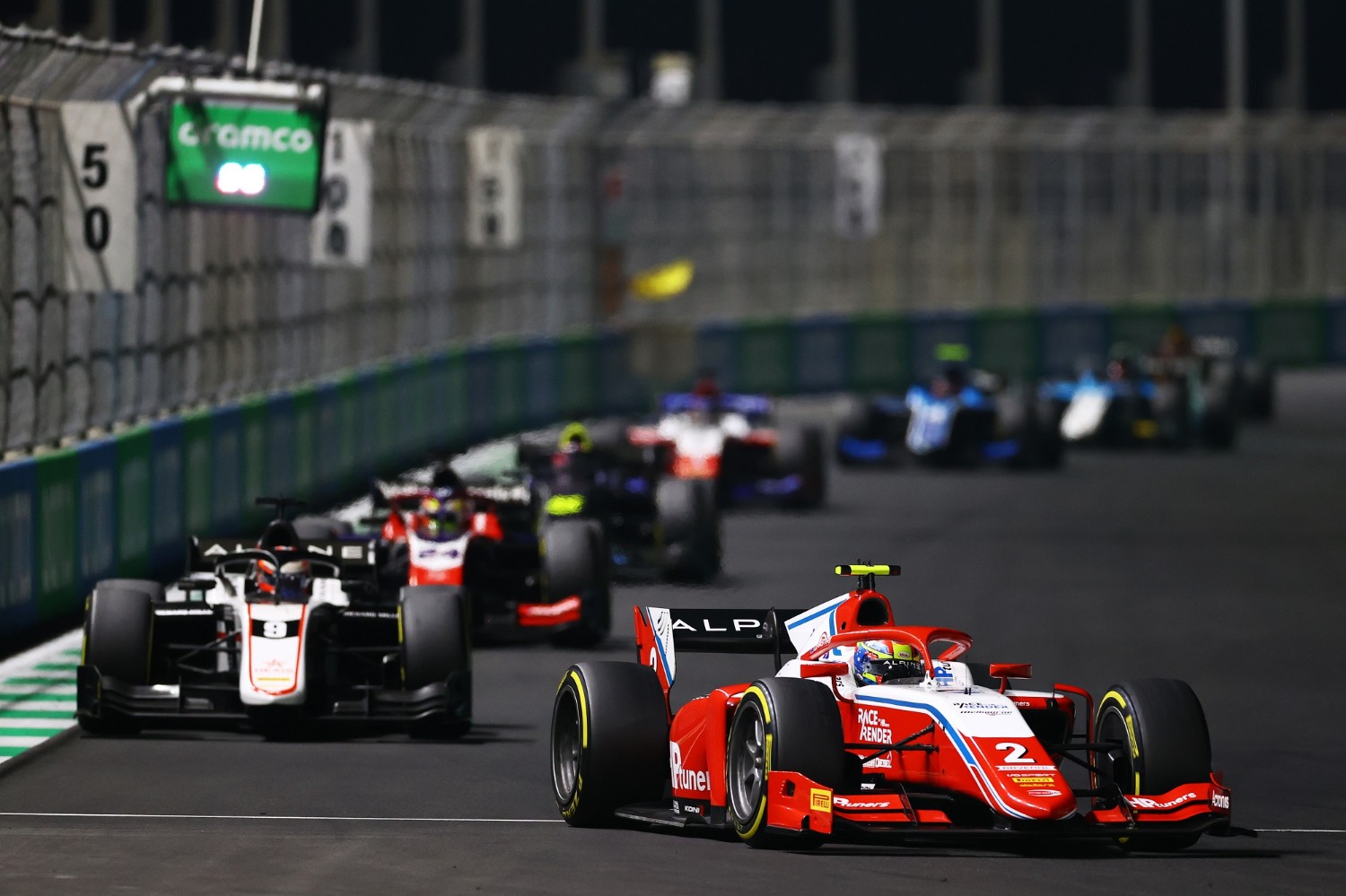 Enzo Fittipaldi sustained a fracture to his right heel in the wake of a frightening start collision with Theo Pourchaire in Formula 2’s Feature Race in Saudi Arabia.

Pourchaire stalled from third place on the grid and was struck at high speed by the  Fittipaldi.

Both were transported to a nearby hospital and remained conscious.

Fittipaldi’s elder brother, Haas F1 reserve Pietro, confirmed in an update that Enzo “is awake/alert and resting at the hospital.

“He has a fracture in his right heel but thankfully things are much better than what we all expected.

“Thank you to the FIA, the team and all the medical staff here in Saudi Arabia.”

Pourchaire was cleared of major injury in the impact but is not yet certain of his participation in this weekend’s final round in Abu Dhabi.

The truncated race was won by title leader Oscar Piastri.

It means Piastri is all but assured of this year’s championship, holding a 52.5-point advantage over team-mate Robert Shwartzman, with a maximum of 65 up for grabs.

PREMA Racing’s Oscar Piastri won a shortened Feature Race in Jeddah, ahead of teammate Robert Shwarztman and Campos Racing’s Ralph Boschung. The race was Red Flagged and not restarted following two crashes and a lengthy pre-race delay, with only five laps completed and half points awarded.

Prema Racing teammate Robert Shwartzman finished second while Ralph Boschung netted third place in the shortened race that paid half points because it was shortened.

Track repairs initially postponed the race, but when it did eventually get underway, there was a nasty collision between Théo Pourchaire and Enzo Fittipaldi that brought out a Red Flag. The Frenchman appeared to stall when the lights went out and the Brazilian was unable to avoid him, running into the back of the stationary ART Grand Prix.

Pourchaire and Fittipaldi were both confirmed as conscious by the FIA and transferred to hospital. Further updates on drivers’ conditions will be provided when available.

The pair’s crash led to a lengthy stoppage, after which the race was shortened to 20 minutes plus one lap, with one mandatory pitstop and half points.

Piastri hung onto first place after a rolling start, ahead of Shwarztman and Boschung. There was little movement in the top 10, but Dan Ticktum did manage to pass his Carlin teammate Jehan Daruvala, who slid down to 11th behind the British driver and Liam Lawson.

Four laps were completed when the field began to feed into the pits for a change of tire, but Guilherme Samaia and Olli Caldwell collided and brought out a Safety Car. The pair both clambered out of their cars, but a Red Flag followed, and it was swiftly confirmed that the race would not be restarted.

That meant that Piastri picked up his fifth win of the season, ahead of his teammate Shwartzman – the double podium enough to win PREMA the Teams’ title. Boschung finished third for his first podium at this level.

Collecting half-points, Piastri increased his Championship lead to 213.5 points, ahead of Shwartzman on 162 and Zhou on 149. Ticktum is fourth on 139.5 and Pourchaire fifth on 124.