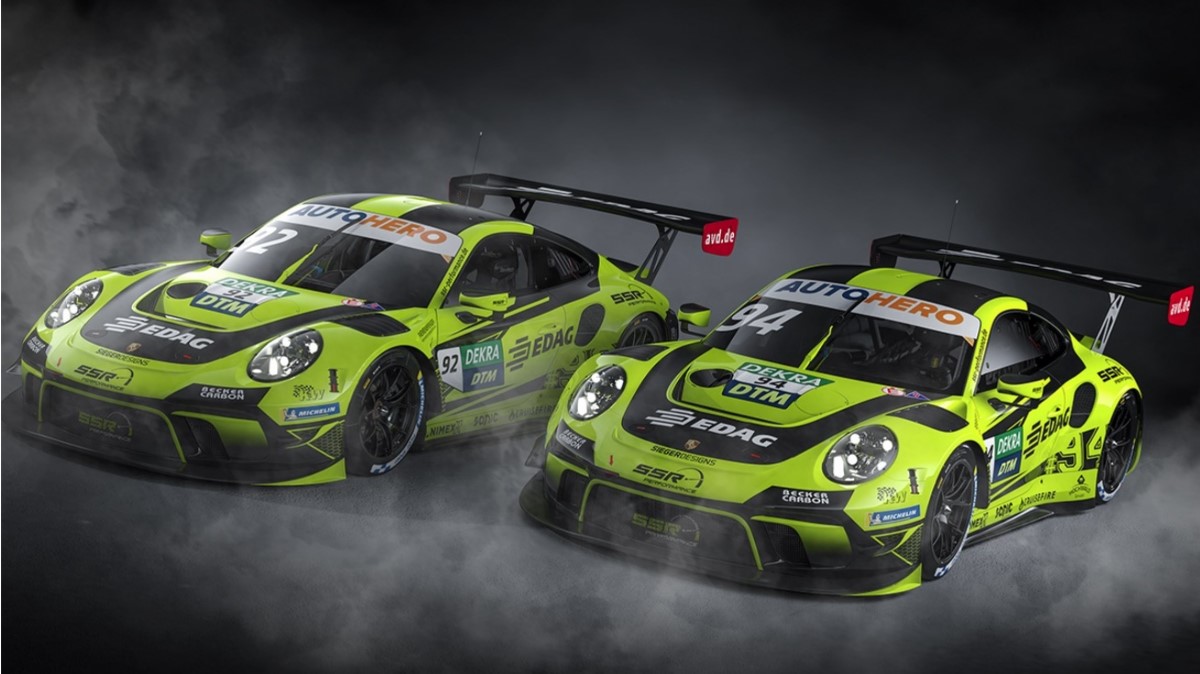 Porsche will be a permanent participant in the 2022 DTM! Munich-based team SSR Performance has entered two Porsche 911.2 GT3 Rs for the upcoming season in the long-standing series. The decision in favor of the DTM commitment is also a consequence of the strong guest participation by SSR Performance at the Nürburgring, the first-ever participation of a Porsche in DTM history, in which Michael Ammermüller was able to showcase the 911’s potential, among others with a starting grid position on the second row. SSR Performance will announce the drivers of the two Porsches that will be running with starting numbers 92 and 94 at a later stage.

Stefan Schlund, managing director, SSR Performance GmbH, is delighted to be in a position to present a complete package for the 2022 DTM season: “For our young company, getting started in DTM is highly significant. As a result, it was particularly important for us to get a competitive line-up with two cars on the grid. I think that the next weeks and months will be very exciting. There is still a lot of work waiting for us prior to the start of the season at Portimão, but we like challenges.”

At the DTM organization ITR, there is also joy about the SSR Performance entry: “The entries from the teams for the 2022 DTM are developing in quite an enjoyable manner We are on a good way to getting to experience an even more exciting season next year,” ITR’s managing director Benedikt Böhme says. “Porsche is a legendary sports car brand, SSR Performance is already shining with remarkable titles even as a young team. Together, they will be raising the level of competition in DTM and the appeal for the fans.”

For SSR team manager Mario Schuhbauer, the announcement concerning the DTM involvement by SSR Performance, an exclusive automotive enterprise focussed on sports and classic cars across all brands, headquartered in Munich, is a milestone. “For our young company, the entry in the high-class DTM is a logical step with which we are taking on new challenges and can build on the achievements from previous years.”

In the much-noticed guest participation at the Nürburgring in August, Porsche became the seventh brand in the field next to Ferrari, Lamborghini, McLaren as well as Audi, BMW and Mercedes-AMG. So many different brands on the grid were last seen in DTM in the 1980s. “Porsche in DTM: what that means, we have already felt during the guest participation in the Eifel. Porsche radiates a huge fascination. And within the shortest time, SSR Performance has established itself among the strongest GT teams. That merits huge respect and raises the bar for the 2022 DTM even higher for everyone,” says Frederic Elsner, director event & operations, ITR.

At least eight race weekends with two races of 50 minutes plus one lap each are on the calendar for the 2022 DTM. For the first time, Portimão in Portugal will be hosting the season opener from 29 April-1 May. The next venues are DEKRA Lausitzring Turn 1, Imola in Italy, Norisring in Nuremberg, Nürburgring, Spa-Francorchamps in Belgium and Red Bull Ring in Austria while the Hockenheimring will be the location for the 2022 DTM season finale from 7-9 October.