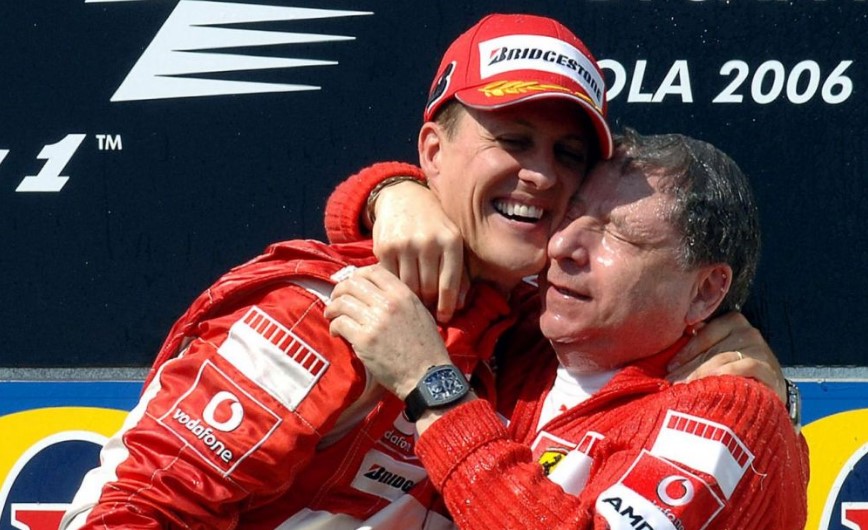 (GMM) Jean Todt has joined Mattia Binotto in refusing to rule out the prospect of an advisory role for the famous Frenchman at Ferrari.

At the recent 2021 finale in Abu Dhabi, team boss Binotto was asked to comment on rumours that as he steps down as long-time FIA president, Todt might consider a return to Ferrari in an advisory role.

“Todt did very well as president of the FIA and he is a person I respect a lot,” Binotto said.

“As a team, there is always a way to improve and being able to bring added value is always positive.”

Now, 75-year-old Todt, who led Ferrari through the ultra-successful Michael Schumacher era, is also not ruling out a return to Formula 1 and Maranello.

“For now there is nothing,” he told L’Equipe.

“We have to be realistic. My commitment to road safety with the United Nations is, first and foremost, the most important.

“But I don’t close the door to other opportunities, as long as they are compatible with what I already do,” Todt added.

Meanwhile, Todt was asked to comment on the fate of his close friend and former Ferrari champion Michael Schumacher, who is still yet to be seen or heard from publicly since his late 2013 skiing fall.

“I miss Michael,” the Frenchman, who regularly visits the Schumacher family home, said.

“It is very hard to not be able to have him here because he is part of my life and always will be,” Todt said in Paris.

“It is also difficult in this moment because when I became FIA president, there were three people with me – my wife, my son, and Michael.

“And I will never forget that moment. For Michael, he has never stopped fighting, and I miss him every single day.

“But he is still here. He is different, but he is here and that gives all of us his strength.”

(GMM) Mattia Binotto has played down reports suggesting former Ferrari boss Jean Todt could be about to return to the fabled Maranello team.

According to the reports, Italian Binotto would keep the top job but be assisted in political and sporting matters by 75-year-old Todt, who is stepping down as FIA president within days.

Binotto, however, denies there have been any talks.

“No,” he said clearly in Abu Dhabi.

“I heard and I read about some speculation in that respect, and what I can say is that so far they are only speculations.”

But sources close to Ferrari insist the story has merit – and even Binotto admits it would “still be an honor” to work alongside him.

“I still believe that, as Mattia and as a team, there’s still much to learn,” Binotto added.

“But I repeat,” the 52-year-old told Sky Italia, “I have only read about this in the newspaper.

“Todt did very well as president of the FIA, and he is a person I respect a lot. As a team, there is always a way to improve and being able to bring added value is always positive.”

(GMM) Ferrari and Jean Todt could be getting back together.

Frenchman Todt, 75, is stepping down as FIA president in just over a week, with Graham Stoker and Mohammed ben Sulayem vying to be elected as his successor.

Prior to becoming FIA president, Todt was the ultra-successful team boss at Ferrari, where he oversaw the entire Michael Schumacher era and beyond.

Corriere della Sera newspaper in Italy now reports that he may be coming back to Maranello in an advisory role, with talks between Todt and Ferrari chairman John Elkann said to have already taken place.

According to sources, Todt’s role would leave the team principal role to Mattia Binotto, freeing up the Italian to focus on performance rather than politics.

Some, including reporters for Autosprint (Italy) and RTL (Germany), have likened Todt’s potential role with the kind held by Niki Lauda at Mercedes until his death.

Giogio Terruzzi, writing for Corriere della Sera, said it might be referred to as a “super consultant” role for 2022 and beyond, helping Binotto with political but also “sporting issues”.

RMC Sport quotes Todt as saying that he is “a little bit sad” about stepping down as FIA president next Friday.

“I often talk about it with relatives and say that I’m 70 percent happy and probably a little bit sad, 30 percent, so you can see that I am a lot more positive than negative about leaving after 12 years,” he said.